Saharawi Activists in Western Sahara: A tough Situation in a Hostile Environment

Saharawi Activists in Western Sahara: A tough Situation in a Hostile Environment 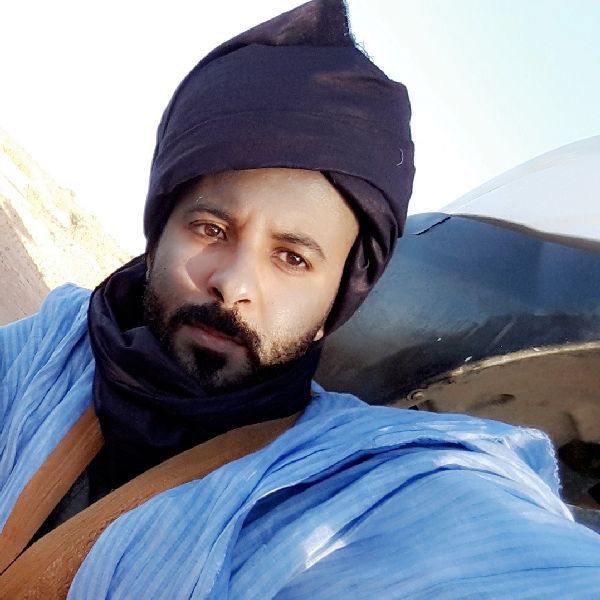 The Saharawi media groups have a crucial role in their non-violence resistance in the conflict of Western Sahara. They are reporting truth and facts. As they become a credible source for other foreign media agencies, the Saharawi media activists as private citizens who have the right of protection from any verbal or physical harassment that may cause them harm according to the universal declaration of the Human Rights Chart, international humanitarian law, and other human rights conventions.

The harsh working environment of these media groups inside the disputed territory of Western Sahara is similar to various media situations whether in north Korea, Syria or other countries that have an armed conflict or political disturbance where the journalists could barely document scenes or even obtain information or have a free access to reporting freely. In Western Sahara, such a situation is no stranger to the Saharawi media activists who strive to report violations and unmask the true face of occupation. The international media outlets mostly get hindered from accessing the occupied territory by the Moroccan authorities while the regional groups are being caught and surrounded by the terms of aggressive actions in an unhealthy environment.

Although the Western Sahara's legal status is different compared to other conflict zones through the UN presence in the territory, UN seems to be only backing up Morocco by turning a blind eye on the human rights abuses committed by him.

To illustrate this awful situation, Western Sahara is a non-self-governing territory according to the united nation. Furthermore, it is a territory that falls under the jurisdiction of the Security Council which created the MINURSO(The United Nations Mission for the Referendum in Western Sahara). In light of what we have mentioned in terms of Western Sahara's legal status, it is indeed a territory where international law prevail but without any justice yet. It is a stain on the United Nations reputation since the Moroccan occupation continues making obstacles and prosecuting journalists.

The Saharawi Media groups are about more than twenty teams now. They are positioned and omni-present all over the occupied territory. Their numbers are on the rise. All of these volunteer media activists belong to different ages, sexes, and from all segments of the Saharawi society. Having said that, this can be seen as a shining truth that reflects the positive awareness in addition to the creative strategy of the non-violence resistance of the people of Western Sahara. It also shows how the Saharawi fabric collective is truly engaged despite having no income or resources. As a result of their choice of upholding the peaceful struggle, the Saharwi media groups members are always in real imminent threats of torture at police stations, arrest, illegal imprisonment, unfair trails, inhumane treatment, and obstruction even in the public spaces by the Moroccan police as a way of retaliation.

However, there is a question to be asked here: We are wondering what pushes the Moroccan occupation to adopt such tight security approach against the Saharawi media groups' members? The answer is so simple: they have successfully pulled off Morocco's mask by shedding lights on the  ongoing numerous cases of violations of human rights that usually take place in public streets against pro-independence  peaceful protesters and activists in Western Sahara, raising people's awareness about Morocco's schemes concerning the economic sector as the illegal plundering of our natural resources or politically is obstructing the fundamental right of the self-determination of the Saharawis.

The most appropriate way of documenting the police unlawful conducts against the demonstrators is usually by climbing on the rooftops of the houses in order to film or take pictures. Such tactics take almost half-day to plan and to execute before, during, and after the peaceful demonstration takes place. Then comes the job of editing the footage and adding information material that would be later published on social networking. The Moroccan police have its spies and informants placed on neighboring rooftops overseeing the protest in order to determine where the cameramen are stationed. If spotted, police and undercover agents would usually come up surrounding the building or the house; forced entry, detention, or the use of economic pressure against the house owner by cutting off their stipends or salaries.

"Msaylah Zarouili is a 28 year media activist and is a member in "Equipe Media".  He said, ¨I was abducted from the public street by plain-cloth policemen who were riding a civilian car... I was transferred to the police station where i was aggressively tortured...One of the police thugsnamed Ali slapped me on the face and yelled at me, saying: stop filming us!¨

"We learnt to be cautious and to be aware of the hostile environment and how to act in a professional manner and to use untraditional methods to convey the truth in clear images for the audience worldwide including human rights groups and ONG´s, "says Embark Fahimi, a Saharawi media activist. He is 22 year old and is a member in " Media Activists Networks" .

"While we are filming from the houses rooftop, we are required to be careful because a small mistake probably would put the final nail in your coffin", he added.

Salha Boutangiza is 33 years old, and  "SADR" TV's correspondent in El-Aaiun. She says:¨ I have been harassed several times by the Moroccan police because of my job. They broke my nose and i was brutally beaten up in public¨.

It is noteworthy that the Western Sahara has been in a tight blockade media since Morocco's invasion in Oct 30th 1975. It is now one of the world's most restricted closed area in front of the media outlets and even for the human right advocates. This clearly indicates the Moroccan has a pertaining policy in order to keep its horrors not witnessed, namely, the human right abuses, the lack of freedom of speech, and the freedom of assembly and protest.