Americans do not even think that Russia can win another cold war. They are wrong again

A lot has been written in the West lately about zero chances for Russia to win a second Cold War. Western journalists believe that Russia will collapse and turn into Europe's North Korea if she tries to do it. 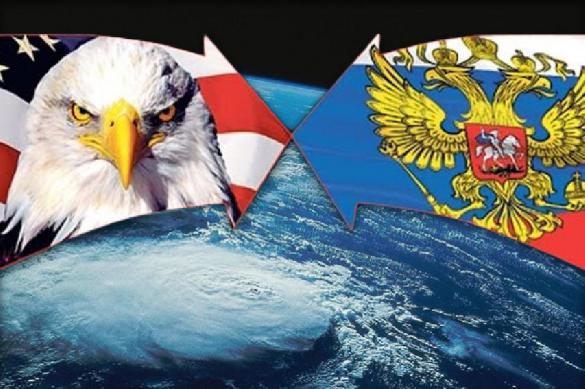 Garry Kazianis, military expert, director of defence research at Center for National Interests in Fox News, penned an article for Fox News titled  "Here's why Russia would lose a second Cold War -- and would be unwise to start one." "Russia is condemned to the same fate as the old Soviet Union when it comes to the possibility of a new Cold War. Moscow would lose-and be thrown into the scrap heap of history just like the old USSR," the author boldly suggests. "President Vladimir Putin is playing a dangerous game-a game that, in fact, he has no way of winning," Mr. Kazianis notes.

The author of the article is convinced that the military balance of power is not being formed in Russia's favour. "While Russia has spent hundreds of billions of dollars on new military equipment including new atomic weapons, nuclear-powered attack and ballistic missile submarines, cruise missiles, bombers, and some of the world's most advanced tanks, it is still hopelessly outmatched by America both in overall spending and sheer technological prowess," Kazianis said.

Thirdly, the Russian economy accounts for about 1.4 trillion dollars of GDP per year, and the US economy - 19 trillion. "When combined with an investment environment that rewards research and development, companies like Google, Apple, Amazon, Microsoft and perhaps Tesla seem set to dominate the future," the author wrote calling Russia "a massive natural resources gas station, where its fate is determined by the price of oil and natural gas."

In fact, the headline of the article sums it up well. The author suggests that Russia will die trying to win the new cold war, but he also admits that Putin will fight: "Russia's goal seems to be to destabilise and to sow chaos wherever it can." In conclusion, the author offers Russia to make a choice: to become "the North Korea of Europe" or stop acting like a rogue state.

As we can see, Mr. Kazianis feels inspired by thinking about the incompatibility of military budgets of Russia and the United States, but, as they say, "the devil is in the detail." The Russian budget is capable of producing nuclear weapons, and Russia's new types of carriers will be able to deliver those weapons to anywhere in the world. It is worthy of note that the fighting capacity of the US Army is 25 percent, whereas that of the Russian Army is 96 percent. In other words, the Americans will stop resistance if 25 of 100 soldiers get killed. The Russians will surrender when 96 of 100 soldiers die. Those four remaining soldiers may not want to surrender at all - they can repeat the feat of Russian pilot Roman Filippov.

"Why do we need this world if there is no Russia in it?" President Putin once said. We have to admit that Putin is not alone here.

Russia does have problems with allies. Yet, several days ago, Chinese Defence Minister, Colonel General Wei Fenghe, said at a meeting with his Russian counterpart Sergei Shoigu that he wanted to "show the world a high level of development of bilateral relations and the undoubted determination of the armed forces to strengthen them." "The Chinese side sends a message to the Americans saying that there are close ties between the armed forces of China and Russia, especially in the current situation. We came to support you (Russia - ed.)," Wei Fenghe said. The message did not go unnoticed.

As for the Russian economy, it has always been an economy of mobilisation. This is a real, rather than a speculative economy, an economy without debts, and this is a very high-tech economy too. Suffice it to say that it is only Russia that offers a full range of services in the field of the peaceful atomic industry - from the project and construction stage to personnel training and waste disposal. You build your smartphones, but we build nuclear power plants, Mr. Kazianis.

Disintegration is a threat, but not to Russia.

And now let us look at the United States. Do you know, Mr. Kazianis, what question is going to be included in the 2020 Census in the US? This question is as follows: "Are you a US citizen?" Does it mean that the American melting pot stopped melting, and America's slogan "E pluribus unum" ("Out of many - one") does not work anymore?

It is hard to conceal nowadays that today's America is divided on such issues as race, ethnicity, property, religion, and so on. Disintegration can be seen everywhere: racists go on demonstrations, the white cannot find common language with the black, people disagree on issues of gun control, school shootings do not seem to stop, just like the killings of police officers, the weakening and humiliation of federal authorities. Cities and states express open disobedience to Washington on immigration, environmental protection and healthcare. To crown it all, the sitting President appears to be a victim of the hate campaign, which is not typical of America.

Separatist movements no longer amuse the public. California does not want to obey Trump, just like Texas didn't want to obey Obama. After the 2016 elections, the prediction of a second civil war in the United States - a real and bloody one - stirred quite a commotion among journalists, historians and experts. Google it up, Mr. Kazianis. Russia does not need to win a "second cold war," because Russia is not the prime enemy of the United States. The key enemy of America is its own American citizens.

Director of the Institute of the USA and Canada, Valery Garbuzov, told Pravda.Ru, that "America's collapse" would hardly be considered as Russia's victory. "Getting involved in the Cold War is a crazy thing. Instead, one needs to create spheres of influence and develop economy. However, Russia's starting capabilities are not even close to those that the USSR used to have after WWII. Russia and the USA will start dialogue after they reach a critical point in the confrontation," the expert said.

For the West, Russia is an outcast, because Russia has "turned to the East and pursues a policy of its own, without coordinating it with Western countries. China can hardly be called our ally, and it is unlikely to become one. China's policy is cunning: the country remains in a state of a trade war with the USA, even though China and the USA are interdependent nations. One day, Russia will have to conduct a more flexible line," Valery Garbuzov told Pravda.Ru.

Russia and USA take their relations to Cold War
15:57
Video: Foreign mercenaries fire grenade launcher at Russian BTR in Ukraine
15:48
Zaporozhye official says Kyiv is preparing the surrender of the region
15:13
Ukraine's army bases in Zaporizhzhia to be delivered to Russia
15:10
Economist: Ukrainian refugees begin to leave Poland for the homeland
14:32
Chechnya's Kadyrov: Ukrainian forces kidnap common workers
14:26
Ex-officer names the motives of the militants who remained at Azovstal
14:08
Reuters: US warns Kyiv shelling Russian territory can lead to escalation
13:58
CDS: Johnson invites Zelensky to create an anti-Russia alliance
13:50
Stoltenberg names the condition for the entry of Finland and Sweden into NATO
13:12
Asia for the first time overtakes Europe in terms of purchases of Russian oil
World
Russian tank blown up by a mine turns out to be a bait for Ukraine in Donbass