The need to continue understanding the war in Syria leads to questioning the role of Turkey and the responsibilities of its current president, Recep Tayyip Erdoğan. Shrewd politician or lucky gambler in a poker game that involves millions of lives? Lorenzo Vita, reporter for the Italian website Occhi della Guerra ("Eyes of War") answers some of our questions and formulates a political judgment on Erdogan himself. 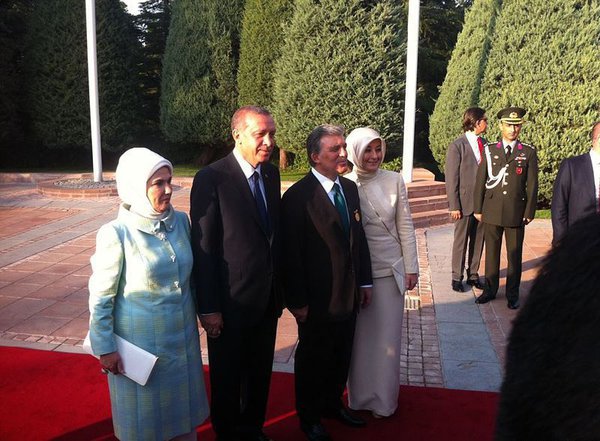 Q) What were Erdogan's political beginnings and how he arrived at the helm of Turkey?

A) Erdogan began his political career in the seventies, becoming over time a prominent figure of the Wellness Party, a movement close to the Islamist ideologies dissolved by the Constitutional Court in 1998. From 1994 to 1998 he was mayor of Istanbul and this mandate allowed him to take on a political weight at the national level. A key moment of his career was certainly 1998, with the dissolution of his party and the arrest of Erdogan himself for inciting religious hatred. Released from prison, he took part in the foundation of the Party for Justice and Development (the famous AKP) and began his run at the summit of Turkey, first as premier and then as president of the Republic. Perhaps that arrest must have been an alarm bell.

Q) From the initial foreign policy of the "zero problems" with its neighbors to an increasingly marked foreign interventionism in Syria but not only. What happened in the middle?

A) In these years, the Middle Eastern world has changed a lot. We were accustomed to a political and strategic system that seemed anchored to the American leadership and we passed (even fast enough) to a sort of strategic US withdrawal. This clearly opens some glimmers for all powers. And Erdogan's Turkey, which has always cultivated its own neo-Ottoman dream, can not give up the windows of opportunities that open up before it. The policy of "zero problems" has been used by Ankara above all to consolidate its power and avoid threats, but this does not mean that it did not ambition to a different role. After all, it is enough to read the website of the Turkish Foreign Ministry to understand what this political theory meant: "Turkey pursues a multidimensional foreign policy that is preventive rather than reactive. In other words, Turkey directs processes by taking initiatives rather than simply observing them and consequently determining a position. Furthermore, Turkey's foreign policy is results-oriented, pragmatic and realistic. "Zero problems" does not mean, in essence, inactivity. The problem is that from zero problems are slowly passing to "zero friends".

Q) There is talk of the involvement of the Erdogan family in the management not only of oil theft in the occupied Syrian territories but also in that of machine tools and artefacts stolen from archaeological museums. The Syrian tragedy is therefore an opportunity for personal enrichment?

A) In these cases it is always difficult to make judgments. We in Italy have also been touched by these alleged traffics with the investigations that involved Bilal Erdogan for a question of money laundering. The Turkish opposition has also accused him of having used his companies to trade Syrian oil finished in the hands of ISIS at competitive prices. The accusations are there and even serious but, by my nature, I tend to be extremely cautious when foreign policy joins the justice.

Q) Precise promises were made to Erdogan in case of the victory of the "rebel forces" in Syria. According to you, which and by whom?

A) First of all we must understand if Erdogan has received promises or decided to move independently exploiting the Syrian chaos and the ambiguous American strategy, and then ask for something in return. It is clear that, at least at the beginning, the Turks thought of the end of Assad as a tangible goal. The rebels would take control of Syria and he would extend his influence to Damascus. On the other hand, probably, the US had made it clear that the Kurds would not have been a problem. Then things changed for a number of factors, not least the Russian intervention. Of course, there is a fact: Erdogan is in a position for which he can receive promises from everyone, but he can also do it.

Q) The shutdown of the Russian Sukhoi 22 by Turkish fighters was an unprecedented gamble. On that occasion we were one step away from the war between Russia and Turkey ....

A) Yes, it was a gamble, but I never believed in a war between Russia and Turkey. There are too many interests for both and there were too many risks. It should not be forgotten that Turkey is a NATO country, with precise obligations of defense by the alliance. I do not think that Putin, who always moves in a very pragmatic way, could really trigger a conflict against NATO and with the risk of turning the Black Sea into a theater of war. Better to have an awkward partner than an enemy at the gates who can block the Bosphorus and hit the Russians in Syria. And Turkey certainly could not think of a conflict against the Russian army.

Q) After a period of cold diplomatic relations, in which Turkey has not received great solidarity either from the United States or from Europe, there has been a turning point in relations with Russia. How important was the Russian aid to Erdogan during the failed coup attempt?

A) It is said to have been even fundamental. Local agencies wrote that it was the Russian intelligence services that told the Turkish president that a military coup was ready to overthrow him. Of course, there is that after that failed coup, with Gulen in the United States, Erdogan has drawn closer to Putin.

Q) Has the recent Turkish intervention on Syrian soil been agreed with Damascus and Moscow? What are the limits of this intervention?

A) Let's start with a fact: everyone gave their green light to Erdogan to enter Syria. Russia did it, withdrawing its troops in the areas of the clashes. Iran did so, as it was interested in liberating Syria from the jihadists and rebel forces supported by the international coalition. And they did, of course, the United States, since the YPGs were their allies during the war against the Islamic State. Syria, too, has obviously given its placet, since we are talking about a clear violation of sovereignty. But where there is an authorization, there is also a limit: that this can be revoked. Erdogan has so far been able to act, but this freedom does not last for a long time. There will come a time when you will have to stop if you do not want to come to a fight with your partners.

Q) Does the Afrin's seizure by the Turks put an end to the dreams of the Kurds of a Syrian Kurdistan and also those of their American protectors?

A) Afrin's seizure reveals the hypocrisy of this war and, as I have already written elsewhere, is the last true legacy of Rex Tillerson in his office as Secretary of State. The ease with which the YPGs have been abandoned by everyone, is an eloquent sign of the lightness of the alliances that involved the Kurds. That said, it must also be said that most Syrian Kurds have never really thought of an independent Kurdistan and have never seen a sworn enemy in Assad's Syria. If it were so, they would have turned their forces against the Syrian army and vice versa. Instead, they fought exclusively against the Islamic State, while remaining tied to the United States.

Q) Kurds without a future between anvil and hammer? They too were wrong to trust the Westerners?

A) The Kurds were victims of themselves. They made many mistakes, primarily trusting the United States and the international coalition when it was immediately evident that no neighboring state would ever have authorized Kurdish autonomy. They have been used, they have done wrong calculations and now they are alone. At this point, their only hope is to remain anchored to the US, but it is risky, because in Washington there are no clear ideas. Potentially, this would be the best time to get closer to Syria. There were signs, such as the withdrawal from Aleppo and the arrival of Syrian militia in Afrin. Putin himself made an important gesture, inviting the Kurds to the negotiations of Sochi. But we need to understand how much interest the forces in the field have as partners.

Q) What overall political judgment would you feel to give at this point on President Erdogan?

A) A gambler, who for now is winning his game. Perhaps not a brilliant strategist, because in Syria continues to be at the mercy of events, but he is certainly a man who, like it or not, can get what he wants and with his time. He wanted to stop the Kurds and he did it. He wanted to extend his influence in Syria and he succeeded. With Europe, it has obtained billions of euros thanks to the blocking of the migratory route and knows how to exploit Syrian refugees to obtain consensus in Syria. Nevertheless, like any gambler, his biggest risk is to exaggerate. If he stops in time, he will manage to get everything. If it does not stop, it can isolate itself to such an extent as to antagonize anyone.