The West struck the diplomatic attack on Russia at the time when the whole nation was grieving about the tragedy in Kemerovo. This is a curious aspect that can help us understand how the "civilised world" treats "aborigines." How to coexist with those who ceased to exist as a Christian civilisation a long time ago? Pagans have only one way of persuasion - to kill. Are we going to start killing each other soon? 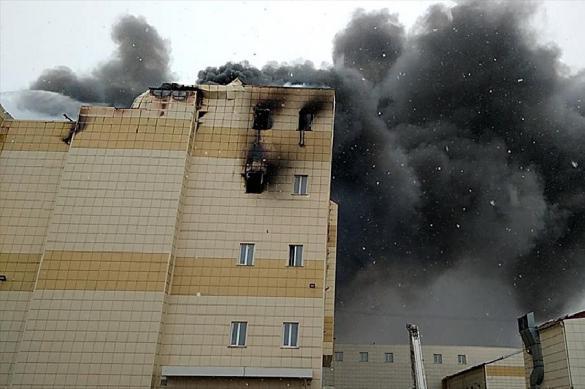 A number of Western countries announced their decision to expel more than a hundred Russian diplomats on Monday, March 26, when all of Russia was grieving about the aftermath of one of the most terrible tragedies in its history. The United States, the EU (14 countries), Canada and Australia took part in the large-scale campaign even though the absence of any published data on the poisoning of Sergei Skripal and his daughter suggested that the murder in Salisbury was a false flag operation, the ultimate goal of which was the large-scale diplomatic attack on Russia. One shall assume that the worst is yet to come.

The non-alignment movement does not mean support

It should be noted here that Belgium, Portugal, Austria, Bulgaria, Slovakia and a number of other countries decided not to follow the West. Reasons for that can be different. For some, it is much more important to take care of their own "body." For others, eurosceptics already reign supreme: communists and the leftist bloc in Portugal and right conservatives in Austria.

"The Russian economy is doing well," Belgian publication DeMorgen wrote. "This creates opportunities for Europe that should ensure gas imports and especially stability on the continent." Professor of international politics David Krikemans (UAntwerp) considers it reasonable for the Belgian government to "slow down" a little. "This is a symbolic action (the expulsion of diplomats - ed.) that will do little," he predicts. "First of all, this will increase mutual distrust, at the time when one needs to enter into a dialogue with Russia."

The countries that have not followed the latest anti-Russian campaign may change their minds after  the conclusions of the OPCW on the origin of the nerve agent, even though the identification of the poison can only establish the weapon of murder, but not the murderer.

The civilised world is not the West

We would also like to think that the leaders of the "slowing down" countries are decent people guided by Christian morality or elementary human decency, to say the least. Surprisingly, even Western journalists thought about it. For example, Nathan Hodge penned an article for CNN titled "Expulsion of Russian diplomats comes at delicate time for Moscow." The author wrote that the news about the sanctions arrived when Russia was mourning the death of dozens of children, who died horrible deaths in the shopping mall. "It's also a touchy moment for US and European officials, as they ratchet up confrontation with Moscow," he wrote.

A number of Western politicians came to their senses and expressed their condolences to Russia. Donald Tusk, for example, did so addressing the Russian people, rather than Russian President Putin, contrary to diplomatic etiquette. We've already seen the tactic of setting people against their leader on the example of many countries, including Yugoslavia, Iraq, Libya and Syria. This is part of the tactic of any color revolution.

Therefore, there is nothing strange in the reaction of the West that we have seen. The position of the West is too far from what Jesus Christ was preaching: seek unity, but not equality. The position of the West is simple: "I'm right, because I'm  stronger." This is a sign of paganism rather than monotheism that testifies to the degradation of Western Christian culture and civilisation. At the same time, the leader of "aborigines" is looking for unity, calling the West a "partner" and urging Western leaders for a dialogue.

The future of Russia: Christianity or totalitarianism?

We are Russians, we are Christians, we are Orthodox believers. Russia is also the bearer of another religion of the monotheists - Islam. Russia always wins from those who violate the principle law of the development of the universe - the law on struggle and UNITY of opposites. The "civilised" West is disintegrating. This is evidenced by the state of affairs in Western juvenile justice, recognition of pederasty, pedophilia and zoophilia as normal phenomena, a decrease in the birth rate among the white population, rampant racism, etc.

Russia can only wait for this agony to end. At the same time, Russia should not let the world fall into chaos of nuclear war. The only danger lies in ourselves: we need to cope with such phenomena as corruption and slovenliness that led to the tragedy in Kemerovo.

However, there is another opinion on the issue of Russia's future. Director of the Global Policy Development Center, Sergei Gorodnikov, told Pravda.Ru that the Russians are absolutely uncompetitive in the world, "primarily because we have the universal Christian morality, and the West obeys concepts of national interests and corporate ethics. They see the rest of the world beyond the notion of ethics and morality," the political scientist noted in an interview with Pravda.Ru.

According to him, "the countries of the West that stand on the positions of double morality are much more powerful economically and financially. They will wipe Russia out with its weak economy that accounts to only 1.7% percent of GDP of the world economy. They will squash Russia like a fly, we have one or two decades left maximum."

The West, Sergei Gorodnikov continued, has been preparing its public opinion for a consolidated struggle against Russia on the scenario that they had used against Saddam Hussein. As soon as they all consolidate, they will launch an offensive on Putin's regime," the expert told Pravda.Ru.

According to the political scientist, Russia's salvation lies in her return to totalitarianism. "Party is a system-forming core that rules the country for generations. This is an instrument of strategic management. We've had the communist regime that would give the country a strategy for three generations," Sergei Gorodnikov told Pravda.Ru.