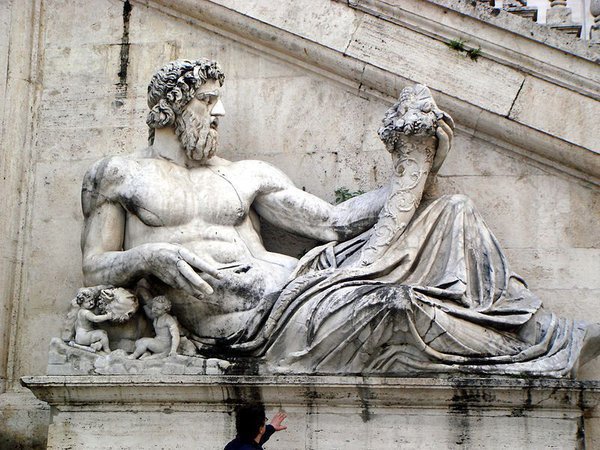 There is a lot of euphoria in Italy today: the 5 Stars Movement and the League celebrate the results obtained in the last political elections. Someone, however, cries and quite rightly. Silvio Berlusconi certainly did not expect the débâcle that his creature suffered, Forza Italia, and not even the Democratic Party of Matteo Renzi suspected of being punished by voters. However, as is clear to everyone, numbers do not allow anyone to form a new government, be it a by single party or a coalition. It would take a Grosse Koalition, as the Germans say, but how? We talk about it with Marcello Foa, who shares with us his opinions on the post-vote of March 4th.

Q) The distribution of votes makes it impossible to implement a government for a single party or a single coalition. Is this what the old political class intended with the electoral reform voted not long before the elections?

A) Only partially. The establishment relied on the fact that the PD and Forza Italia would have obtained sufficient seats to launch a "Grosse Koalition" Italian style, possibly with the support of centrists and Emma Bonino. They did not imagine that the Democratic Party could collapse below 20% and that Forza Italia could be overtaken by the League. The scenario that emerged during these hours surprised both the Italian political class and the European establishment.

Q) The 5 Stars Movement has had an incredible exploit but its votes are concentrated mainly in the central South. In the North, other parties dominate. Why in your opinion why?

A) First of all, the success of the League in Italy is significant: Salvini achieves an extraordinary success in this area precisely when he decides to remove the word Northern and give himself a new political line, more authoritative or moderate. Therefore, he knew how to interpret a deep malaise, even in an identity key, supplanting Berlusconi. In the South there is no real alternative to the 5 Stars: the League is only at the beginning of a path and there it does not move (not yet) the masses. Berlusconi has lost appeal in these areas and the Democratic Party was in shambles. Di Maio [the leader of 5 Stars] has in turn been able to interpret another deep malaise.

Q) An Italy split in two at the political level emerges. Can these two souls communicate or are irremediably divided?

A) In theory yes, actually not. And for one reason: while the League has changed its tone but in the context of a coherent political evolution on issues such as economy, taxes, immigration, security, hostility towards Europe; the 5 Star Movement, on the other hand, has changed its skin. Until a year ago the ideological convergence with the League was greater, now Di Maio has become much more institutional and aims to be accredited with those Italian and European powers that Grillo and Gianroberto Casaleggio criticized harshly in the past. It is an unrecoverable difference unless Salvini changes line or Di Maio returns that of the early times.

Q) Matteo Salvini's League overtook Forza Italia in their coalition and this was a scenario that nobody had foreseen. What factors have weighed on voters? What will happen to Silvio Berlusconi?

A) The desire to feel represented, the vote in favor of Salvini is an identity vote. Berlusconi deluded himself that his ability to seduce was intact, in fact it was perceived as over and very aged. The amusing but terrible parodies of a comedian like Maurizio Crozza, who painted Berlusconi as a forgetful elder who stands every two minutes, were in my opinion devastating for his image. Now, politically, he's at the end of the line.

Q) Is a Salvini premier waiting for us with the support of the defeated left, in a classic Italian scenario?

A) No, it is unlikely that the Democratic Party can support a Salvini government.

Q) Will the 5 Stars be able to form a government with someone?

A) The most probable hypothesis is that of a government of national unity PD-M5S, to which the Italian establishment clearly aims. When Confindustria [the Union of industrial businessmen] declares that it is not afraid of Di Maio, it says a lot; perhaps all about the intentions of certain elites.

Q) The star of Matteo Renzi is in free fall but he has even frozen his announced resignation as secretary of the PD, until the formation of a new government. Renzi without shame?

A) Yes, it's incredible how he never understands the lesson. His arrogance is unprecedented.

A) Absolutely, a desktop operation invented by a certain press (starting with La Repubblica) to reinforce public opinion around the government and therefore the Democratic Party. A clearly pretentious operation, as demonstrated by the results.

Q) More Europe of Emma Bonino did not exceed the 3% barrier. Are Italians tired of this whole Europe?

A) Emma Bonino liked chic circles and 70% of Italians consider that Europe has taken away the welfare of the country. Mrs. Bonino, which has been lavishly financed, deluded itself to repeat the path of Macron. A sin of arrogance.

Q) How do you judge the behavior of the great Italian press, of those who should be among the guard dogs of a democratic system?

A) Unfortunately, the big press has behaved badly: it did not interpret the true moods of the country and has lent itself to obvious exploitation against the 5 Stars and League, see the fake scoop on Fake news or on the Russian influence on Di Maio and Salvini, see attempts to support Berlusconi and marginalize Salvini, obscuring the images of 50 thousand in Piazza Duomo in Milan. Among the great losers of these elections there is also the big mainstream press.