A Just World Order - Some Reflections

A Just World Order - Some Reflections 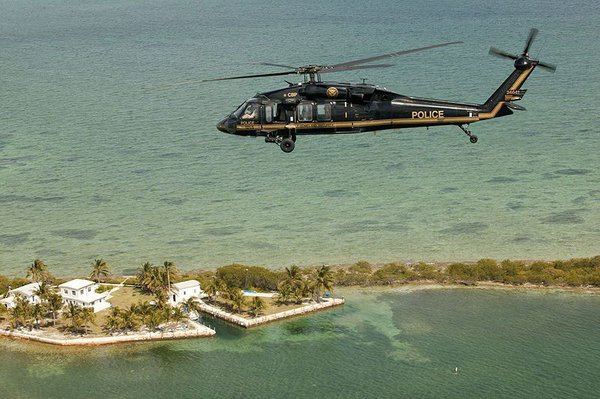 One of the most important questions that arises from the discussion of how to establish a just world in which every nation has equal rights and status, in which national sovereignty is respected and the peaceful resolution of international issues is a matter of course is what type of legal mechanisms and structure needs to be established in order to achieve and maintain this equilibrium.

It is not a simple matter since laws and legal structures reflect the socio-economic structure of a society. This necessarily creates a conflict between different socio-economic and legal systems that is difficult to resolve. The legal systems of socialist societies with their emphasis on socio-economic protection and support of the workers, are completely different from those of the capitalist societies, in which the central role of law is to protect private property and ease the flow of capital, in opposition to the interests of the workers. This creates conflict between nations with different socio-economic systems and creates class conflict within every society, a subject that seems to be too often ignored these days among economic elites but which cannot be ignored without peril.

Not only does this conflict operate within nations. We see it with the continuing push by multinational corporations, using political parties and governments in their control, to dismantle the rights of working people established through long and difficult struggles over the past century and a half, and the erasure of the concept of national sovereignty and democracy through "free trade" agreements both bi-lateral, regional, and universal in scope. The increasing power of corporations over governments and citizens of every nation creates the basis of more conflict instead of eliminating the need for conflict since the mass of the people are cut out of any say in how they live while special privileges are given to those who hold capital, that is the shareholders of those corporations.

For what is a corporation but a veil protecting the interests of the individual shareholders. So, in essence, creating special rights and privileges for corporations is to give special privileges to one class of citizens. Their right to make profit is raised above the right of the rest of the people, that is, those who have to work for those corporations in way or another, to profit from their labour.

That is just one aspect of the issue of what legal structures and mechanisms are needed to sustain human development. The second is the legal structure that is necessary to establish and regulate international cooperation of peoples and nations. From time immemorial international relations were governed by individual treaties, personal relationships between leaders, national ambition, custom, trade and war. From time to time attempts were made to establish a world order and this was accomplished under certain dominant empires.

The period of the Roman Empire from the rise of Augustus is an example of a time in which many nationalities and regions were part of one matrix of law, custom and common vision that was created by the dominance of Roman rule. One can look to similar periods in China, the Middle East, South America and Africa. But in all these cases, the break down of the dominant empire, or its decline resulted in a breakdown of law and legal structure and their transformation into new forms of socio-economic relationships and associated legal structures.

The world is now in such a state of chaos. The decline of the dominant western empire, by which I mean its various expressions from the European and British empires which arose with industrialisation, and lately, the American empire, is creating terrible stresses on the world order. The American empire rose on the ruins of the British, French, German, and other European colonial empires that were destroyed by the First and Second World Wars. However, the rise of the American empire to its height, at the end of the Second World War, and its domination thereafter, was challenged by the socialist countries such as the Soviet Union and China, and their socialist ideology that created a balance of forces that resulted in a flowering of international law and international legal structures, such as the United Nations and all its ancillary bodies.

The balance was never stable as western financial, energy and capital interests competed with the socialist countries, and with themselves. Worse, the western powers used every trick in the book to undermine this balance and to subvert the international institutions and mechanisms for their own interests. The fall of the socialist government in the Soviet Union accelerated this corruption and resulted in an imbalance in the world order such that we are now at the point where international law and its structures are little more than empty shells, devoid of any real utility, except as desiderata for the hopeful or tools of propaganda used to justify war.

Attempts to establish a world order in which a dialogue of civilizations is the norm instead of conflict between civilizations are foundering on a crude return to a "might makes right" attitude against which any attempt to insist on adherence to international law and norms, even common morality, is viewed as a weakness to be exploited.

The question therefore arises as to how nations and peoples can establish the necessary legal mechanisms to survive and flourish when there exist those who oppose any such mechanisms being established.

But we see no willingness on the part of the major powers or their dominant or even their intellectual classes to achieve this. Once can understand this reluctance, while deploring it, when it is understood by everyone who is awake and has eyes and ears and a brain, that the dominant military power, the United States of America, is constantly threatening or attacking every other nation that does not obey its will.

Therefore the issue then becomes what to do about this dominant power. That of course brings to the foreground the question as to the causes of this power and dominance and the desire for more of it and the rise of a political class in that country that expresses this-the military industrial complex that President Eisenhower warned us of in 1959 and how to transform the influence and power of this complex, this "military mentality" as Einstein called it. That is a matter I leave for others to take up.

But it seems to me as Albert Einstein and many others have said many times, that without worldwide disarmament, especially nuclear disarmament, there can be no real international relations, just a dog-eat dog world of savagery and war.

I will end with a quote from Dr. Einstein as he expresses the heart of the matter better than anyone. In a radio interview on June 16, 1950 he said,

'...real peace cannot be reached without systematic disarmament on a supranational scale. I repeat, armament is no protection against war, but leads inevitably to war.'

With the nuclear disarmament nations would have to negotiate from a different perspective, not of one of power and subservience but of equality and respect. Then the United Nations could be revived by fulfilling Einstein's other wise suggestion; the election of ambassadors to the UN by vote of the common people, not appointment by governments, so that the ambassadors had the interests of the common people in mind not the dominant economic or political interests. There will be no peace unless there is a will to peace and there can be no will to peace unless peace is the only way things can be done.

Christopher Black is an international criminal lawyer based in Toronto, Ontario, Canada. He has extensive experience in criminal and international law, and has acted as defence counsel in a number of high-profile cases. Christopher Black was appointed amicus curiae in the Kuldip Singh Samra case in 1993 (the Osgoode Hall shootings) by Mr Justice John O'Driscoll. He has defended people accused of war crimes, genocide, and human rights violations in Rwanda, the former Yugoslavia, and Cote d'Ivoire, and is on the counsel list at the International Criminal Court. He has published widely on the Rwandan war, among other subjects.