Western officials and publications have released a number of ultimatum-like statements about the sitting Ukrainian administration. It looks like Ukraine's foreign partners are trying to force the country to accept the innovations that the country is vehemently opposed to. 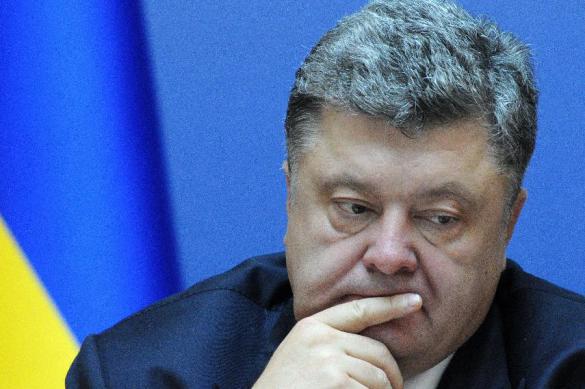 In a recent Al Jazeera report, it was said that the previous Ukrainian administration and the sitting head of the National Bank of Ukraine, Valeriya Gontareva, were involved into large-scale financial fraud. Western publications claim that Ukrainian President Petro Poroshenko does nothing to stand up against rampant corruption in the country. Poroshenko is accused of unwillingness to effectively combat corruption, attempts to complicate the work of the Specialized Anti-Corruption Prosecutor's Office, the National Anti-Corruption Bureau and sabotage efforts to launch of anti-corruption courts.

The West demands the establishment of the Higher Anti-Corruption Court in Ukraine and threatens to leave Ukraine without financial assistance otherwise. Yet, Poroshenko is in no hurry to establish the court, although he still hopes to receive the promised $800 million to "support key reforms."

Politicians tend to believe there are two versions to explain why pressure on the Ukrainian president and his team has grown. The first one suggest the launch of the process to change power in Ukraine again. The second one involves influential American financier George Soros as well as a number of Western diplomats associated with the Maidan opposition, which consistently defends the interests of anti-corruption bodies in Ukraine.

In particular, Soros patronizes the political campaign of the frontman of Okean Elzy rock band, Svyatoslav Vakarchuk, who is said to be a possible candidate for the next presidential election in Ukraine. Soros is supposedly interested in the Ukrainian gas transportation system.

In general, one can say for sure that the West has changed its attitude to Ukrainian President Poroshenko in the negative sense of the word.

Sergei Leshchenko, a member of Petro Porshenko's Bloc, says that Western allies are disappointed in the Ukrainian president.