Former chief of Donald Trump's election headquarters Paul Manafort, whose name appears on the so-called "Russia case," turned himself in to the FBI on Monday. The New York Times posts photos of Manafort and his lawyer arriving at FBI premises. 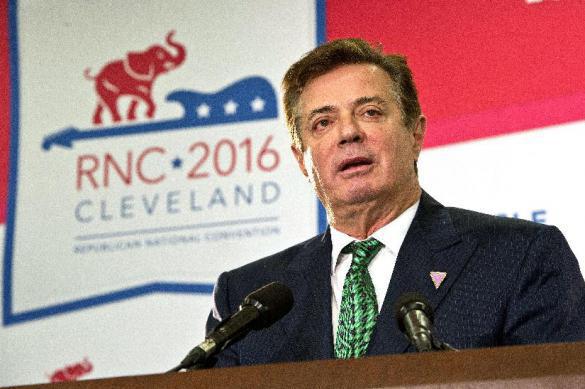 Paul Manafort's former business associate Rick Gates also appears on the case. The two officials are the first two individuals to have faced charges within the scope of the case about Russia's alleged interference in the US presidential election.

- conspiracy against the United States;

Manafort has been under investigation for violating federal tax legislation and money laundering. In addition, he was lobbying foreign interests in the US government.

Rick Gates is a longtime business partner of Paul Manafort. His name appears in documents related to Manafort's companies in Cyprus that were created to receive payments from politicians and businessmen from Eastern Europe, The New York Times wrote.

Manafort joined Trump's election campaign in 2016, but soon resigned after media accused him of his relationship with former Ukrainian president Viktor Yanukovych.

Regardless of the nature of the charges and the further development of events, the arrest of Paul Manafort comes as another step to politically weaken Donald Trump.

Manafort was administering Trump's headquarters for several months in 2016, helping Donald Trump ensure success at party congress. Even though Trump had a majority at the congress, there were a few formal tricks that his opponents could use to stop Trump at the congress. Manafort was hired to talk to people in the party, and Manafort, a man of the Republican elite, could handle the situation well.

In August 2016, a number of contradictions arose between Manafort and Trump. The same month, it as reported that Manafort was a foreign agent, who was taking money from foreigners to lobby their interests.

Among Manafort's clients, there were Russian and legal entities (there were Ukrainian ones too). Manafort's resignation, among other things, was linked to the fact that it was not comfortable for Trump to criticise Hillary's lobbying activities, keeping an international lobbyist in the team too.

According to RT, Russia is never mentioned in the 31-page indictment against Manafort and Gates, despite the fact that Prosecutor Muller is investigating the case of "Russia's interference" in the US presidential election.

Manafort used to serve as an advisory to former Ukrainian President Viktor Yanukovych, who fled to Russia, and his Party of Regions. Reportedly, Manafort owed almost $17 million to certain "pro-Russian" individuals before he joined Trump's presidential campaign in March 2016.

In July, Manafort was involved in another newspaper scandal related to the meeting between Donald Trump, Jr. and Russian lawyer Natalya Veselnitskaya, from who he tried to obtain information discrediting Democratic candidate Hillary Clinton.

"Sorry, but this is years ago, before Paul Manafort was part of the Trump campaign. But why aren't Crooked Hillary & the Dems the focus?????" Donald Trump tweeted in response to the charges.