Having lost in Syria, the West needs to find another victim nation

Having realised that the flames of the Syrian conflict are gradually going down after Russia's interference, the West will start looking for new territories to spark another war. Which country is the West going to grip in its claws now? We asked this question to political analyst, Americanist, assistant professor of Moscow State Institute of International Relations, Alexey Fenenko. 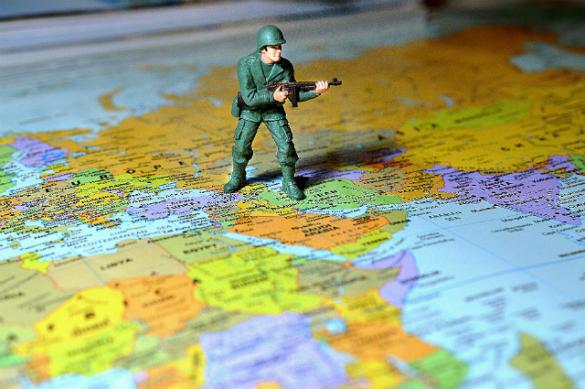 "The Americans get annoyed by Russia's actions in Syria. Russia has ruined their plans there. The whole world can see Russia's success in Syria. I think that Russia's sworn "partners" in the West have given up on Syria, because they cannot change the course of war there. They have to come up with a new hotspot, where they can do something to harm Russia. It makes no sense for the West to make a greater problem out of Syria, it's easier to create another war in another place. Iraq does not seem to be a good choice at this point, because the West has eaten this country alive. In the Middle East, there is a very interesting country - Egypt. Egypt does not control the Sinai Peninsula, but it could be used to create another "Islamic State" there. Additionally, the West could try to destabilise post-Soviet republics. The crises in Ukraine, Transnistria, in Nagorno Karabakh and Central Asia - these are four hotspots, which they are going to target. What is more, they may try to do it in all directions at once."

"How can the West always find enough money for all this?"

"As the Germans used to say during WWII, "scrape your allies." The Americans have long learned to burden their smaller allies with some of their objectives. Let's take the war in Syria: the Americans are not alone there. The UK has a strong presence there, and the Americans actively use the British for Syria operations.

"In Europe, the USA has a wonderful ally - Germany. For the past five years, the Americans have been trying to make Germany the leader of the anti-Russian European bloc. The Americans are good at laying responsibility on their partners and allies. They tune them up and incite anti-Russian sentiment in the Baltic States. They still follow the idea to block Russia with the Baltic-Black Sea cordon.

"In this situation, the general public is likely to be predisposed to military hysteria. People may see a war as an external way to end an internal crisis. We could see it in Georgia. The living standard in Georgia was getting worse and worse, then Saakashvili came to power and stepped on a path of military adventures against Russia."

"There are several criminal cases against Saakashvili in Georgia today."

"It was a defeat for the Americans, and they switched to Ukraine. Let us remember the 1920, the anti-communist hysteria in the West and appeals for a crusade to the East. Now we can see the same scenario unfolding again. We all want to believe that WWIII is impossible, that WWII was the last global war in the history of mankind. Who said that WWIII is impossible?"