Puerto Rico: The Plight of Territorial-Americans 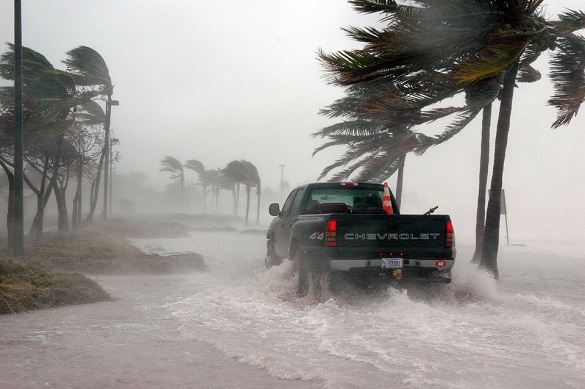 Natural disasters tend to bring the best in most people: their compassion as well as their humanity; while also unmasking the hardheartedness and greed in more than a few among us.  We, in a geographic America with blurred identity borders, are these days experiencing times that will define us in a way we have never been defined before; not just in human terms but politically as well.

Hurricane Maria delivered not only its fury on the Boricua-Americans and their beautiful tropical island, but also a clear message to the rest of us, Americans... whether we hail from Alaska, Hawaii, Mainland America or the other island territories in both Pacific and Atlantic oceans.

As the 19th Century was closing, US ambition in becoming an international power was starting to open up - a fake Spanish-American War bringing to the nascent American aspirations the territorial spoils of an old and decrepit empire, Spain, a century past her glory days.  But Cuba would not stand for just a switch of colonial yokes, gaining its independence four years later (1902), while Filipinos had to wait almost half-century to get theirs.  Guam and other smaller islands in the Pacific did remain as the empire's vigilant pieds-à-terre in Oceania facing Eastern Asia.

And that brings us to Puerto Rico, a territorial dependency by whatever name we wish to apply: Commonwealth, Estado Libre or just an island in the middle of the ocean - as our learned President Trump diligently explains to us.  But never mind the geopolitical status of Puerto Rico, its "of late" financial bankrupt condition, or other problems besetting past and present relations between Washington and the US Outlying Areas, including the application of the odious Jones Act.

As well said by the Mayor of San Juan, Carmen Yulín Cruz, wading through the city with tears in her eyes, this is not the time to be "preoccupied" but "occupied."  Maria left the entire island, where 3.5 million Americans live, economically devastated but far worse, facing a humanitarian crisis unprecedented not just in Puerto Rico but the United States.  Much of Puerto Rico's infrastructure has been destroyed, severely damaged (utilities, communications, transportation and health care), and/or operationally-decimated, leaving much of the population at terminal risk without water, food or even emergency health care.

Be occupied, not just preoccupied... that was the mayor's call to arms against a bureaucracy that frequently sets in during catastrophes such as this.  She's right!

Forty-eight hours before Maria hit Puerto Rico, both the impact and expected damage could have been quantifiably forecasted. By Thursday, September 21, the prior day's apocalyptic horror was common knowledge; however, it took all of four days for the Consoler-in-Chief to tweeter-acknowledge it.  To make matters worse, those first tweets castigated suffering Puerto Ricans by reminding them of the island's massive debt and broken infrastructure... a redoubling of agony, just as he had done during his presidential campaign when commenting  on Sen. John McCain being a hero; that he, Trump, liked people who weren't captured.  Could it be that the president is telling Puerto Ricans that Maria is Puerto Rico's just deserts?

Donald Trump probably lacks affection for Puerto Ricans; after all, most of them did not vote for him in 2016.  But, does he, or his supporting staff, realize that a new immigrant wave is about to hit the US, perhaps as many as 2 million Boricuas leaving the Island for the Mainland - documented as American citizens, legally allowed to vote?  What if just a sprinkle of them settles in Florida, Pennsylvania, Michigan and Wisconsin?  A sprinkle, mind you... wouldn't that just cast a future winning popular vote by 4-5 million for the Democratic Party, as well as a rout in the Electoral College?  Don't Republicans realize that their bigopat-populist leader has totally damaged any remaining conservative ideals in the high-jacked Party?

Maria is sure to become Trump's Katrina... and no self-assigning of accustomed superlatives is going to save the president's day.  He has already screwed-up, adding to the inane trumpery of his administration.  It's ironic that one reason, perhaps the principal reason, that Donald Trump won the presidency had to do with undocumented or illegal immigration... while his undoing could soon be blamed on documented or legal domestic immigration.

Puerto Rico, christened as Rich Port almost four centuries ago by Spaniards, has turned out to be a beautiful land that requires tender, loving care... up to not long ago provided by American industry setting operations there, now operating under globalization rules (cheaper wages). The Island, with a population density which surpasses all major islands in the Caribbean (Cuba, Hispaniola, Jamaica), and even the Hawaiian Islands, by a factor of 2, 3, or more, cannot have economic viability on its own... while holding its current standard of living.  Only remittances from Mainland relatives, or hefty on-going Federal subsidies, which is not likely to happen, will keep an island fit for 1.5 million people viable at the current figure of 3.5 million.

That can be a future topic of preoccupation for all of us in America, but for right now, as the Mayor of San Juan says, let's occupy ourselves with action, immediate action to soothe the despair of our brethren Americans in Puerto Rico.