Chinese publication Shanghai News reported that China was actively working on the creation of a multifunctional fighter aircraft of the sixth generation. It was also said that China achieved significant progress in the field with the help of first-class Russian scientists. To crown it all, it was said that Russian President Vladimir Putin had repeatedly requested those scientists be returned home. Is this sensational news trustworthy? 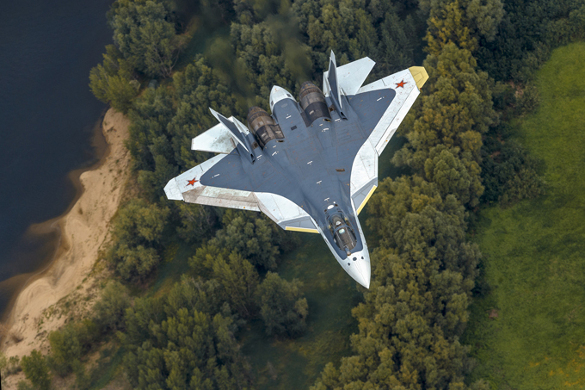 The article in the Chinese publication lists a few details about the new aircraft which is referred to as "the most progressive representatives of its class." The airplane has an advanced navigation system able to function effectively in complex meteorological conditions, at any time of day and year.

It will be difficult for a non-specialist to tell the difference between the above-mentioned aircraft and a fighter jet of the fifth or even fourth generation. Specialists may find it a hard nut to crack too, because there is no common concept of the sixth-generation aircraft yet.

Fifth-generation fighter jets are only being introduced. In March of this year, it was reported that China adopted the J-20 aircraft, which was premiered in November 2016. A relatively short period of time from the moment of the first display to the time when the aircraft was passed into service is alarming, although it is possible that Chinese engineers were developing the aircraft further, without giving much advertising of it. In addition, experts noted that the Chinese had big problems with engines for the new fighter.

It is worth noting here that Russia also has problems with the development of engines for a fifth-generation aircraft. In late August of this year, Deputy Defence Minister Yury Borisov said that the serial Su-57 (formerly known as PAK FA T-50) would be passed into service in 2018-2019. However, those will be the planes with so-called "first stage" engines.

"We are proceeding to the first stage of state trials. First serial Su-57 will be ready in 2018-2019.  Afterwards, a second stage will kick off, with  new engines in place," Borisov said at Army-2017 Forum.

As for "second stage" engines, it is believed that the new engines will significantly surpass the current ones in terms of fuel efficiency and specific traction, whereas in terms of design and technological performance and parameters, they will fully correspond to the world level of fifth-generation aviation engines.

In a nutshell, this is a complicated, but solvable problem. This raises serious doubts about the "most progressive" Huolong sixth-generation fighter jet of the People's Republic of China.

The information about a whole of group of first-class Russian scientists, who worked hard to create a super-destroyer for the Chinese army raises a lot more questions. Generally speaking, to achieve good results, China would had had to import a whole design bureau. Of course, there are foreign scientists living and working in China. Not that long ago, for example, it was reported that specialists from the now-disbanded Antonov Design Bureau of Ukraine moved to work in China. Yet, it does not look like there are many of them there to create a new airplane, which even specialists have many questions to.