Russia violates the Treaty on the Elimination of Intermediate and Short-Range Missiles (also known as the Intermediate-Range Nuclear Forces Treaty, or INF ) by creating the missiles that can overcome distances of up to 500 kilometers, US Ambassador to Russia John Tefft stated. 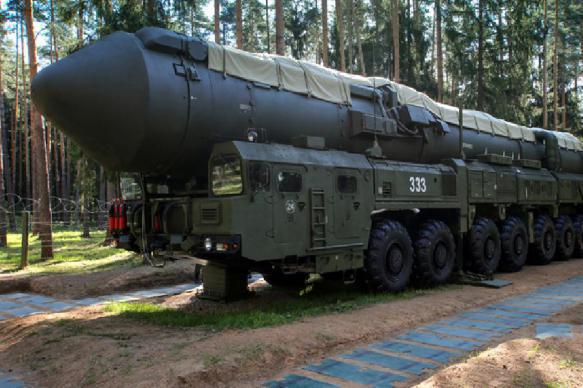 The USA has accused Russia of violating the INF Treaty since 2014. Moscow has set forth counterclaims to Washington. Meanwhile, the US Congress considers an opportunity to annul the treaty that the USA and the USSR signed in 1987.

Why does Washington accuse Russia of violating the INF Treaty? Are there any grounds for such claims? Why doesn't Russia deploy its missiles near US borders, for example in Venezuela? Pravda.Ru observers Aydin Mehdiyev and Dmitry Nersesov try to analyze the problem.

"John Tefft has recently said in an interview that Russia violated the INF Treaty from 1987 by building short-range missiles capable of covering a distance of 500 kilometers. This is a distance that is specifically regulated in the treaty. At the same time, the US Congress adopted a blatant law on sanctions against Russia, and the US wants to pull out from this treaty. Is there another wave for tensions to escalate?

"The INF Treaty about the elimination of intermediate-range and shorter-range missiles was designed to solve a specific problem that used to exist during a specific period of time. Intercontinental ballistic missiles already existed by that time. The Soviet Union and the United States of America could exchange nuclear strikes directly. If the United States had launched large intercontinental missiles, the USSR would have answered. The equation is quite simple. The Americans deployed medium-range missiles - less than 3,000 km - in Turkey, which was very close to the Soviet Union. The USSR responded by deploying similar missiles in Cuba, which triggered the Caribbean crisis.

"The solution was found: the USSR removed missiles from Cuba, and the Americans withdrew their missiles from Turkey. The question of medium-range missiles was closed. It reappeared in the 1970s and especially in the 1980s, when the Reagan administration started deploying the same missiles in Western Europe aiming them at the Soviet Union. Reagan and Gorbachev eventually agreed each side should destroy the class of medium-range and shorter-range missiles.

"Afterwards, in order to replace the ballistic medium-range missiles that had been destroyed, the Americans started developing cruise missiles capable of covering distances from 300 to several thousand kilometers. No one can say for sure whether this activity falls under the INF because the treaty regulated the elimination of missiles, warheads and launchers. At the same time, the countries that did not have either missile or nuclear weapons during the time when the INF Treaty was signed had developed medium-range missiles of their own.

"First and foremost, it goes about India, Pakistan and the DPRK (North Korea). All these countries have such arms systems in service. It was absolutely natural for the Soviet Union and Russia to react adequately to such a threat, because all those threats target Russia's southern borders, rather than the borders of the USA. North Korea may threaten Guam or the southern part of Alaska, but it is much closer to the territory of Russia.

"Since the days of Nikita Khrushchev, the Americans have been deploying their forces - nuclear-capable missiles and air defenses - around the borders of the USSR, and now Russia. They have their weapons already in Poland, from where the time to reach the territory of Russia is minimal. Why does Russia turn a blind eye on such a problem? Venezuela's Maduro wants to make steps towards cooperation with Russia and he would most likely let Russia deploy its missiles on the territory of Venezuela. Khrushchev also wanted to understand, why the Americans can do certain things, and the Russians can not. The Caribbean crisis had materialized and the Americans backed away. Why can't we try to do the same thing now?

"First off, it is very cost-intensive. Secondly, it would be incorrect for Russia to act like that. The goal is to bring the situation back to normal. If the Americans can do silly things, it does not mean that Russia should do the same or even worse. Let them play those games alone. Holding a nuclear pistol to the head of the US president is not Russia's ultimate goal. Russia's ultimate goal is to stay alive and secure its interests for the future."