Israel and Kurdistan - what do they have in common?

What is the cause of interethnic conflicts that have been tormenting the modern world, especially in the Balkans and in the Middle East? What similarities and differences are there in the establishment of Kurdistan and Israel? Pravda.Ru talked about it in an interview with political scientist and publicist Yevgeny Ben. 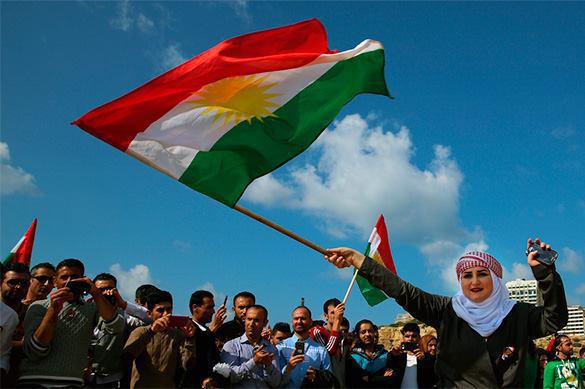 "Serbo-Croatian relations still remain a very serious problem in the world today. In 1989, Croatia announced its intention to pullout from Yugoslavia, and bloody events started unfolding two years afterwards. Now it appears that those nations have their independence, but they had to pay a huge price for that, even though they are one people, they are southern Slavs, they have one language. What was their problem?"

"Interethnic relations exist all over the world - interethnic relations are the essence of mankind. They are always connected with the formation, development of statehood and states. The history of the relations between the Serbs and the Croats started about 1,500 years ago. For centuries, they had been friendly people. The World Council divided Christians into Orthodox and Catholics, the Serbs became Orthodox, and the Croats became Catholics, but it had not generated such serious contradictions between them.

"For many centuries, the unity of those peoples was based on their opposition to the Ottoman Empire  and to the East. The Croats found themselves under the jurisdiction of Hungary, then Austria-Hungary, then the Hapsburg monarchy, while the Serbs fell under the yoke of the Ottoman Empire. Yet, the Serbs were engaged in the struggle for independence against the Ottoman yoke, and the Croats supported them in this confrontation. This was lasting for a very long time, until Pan-Slavic sentients started forming in Serbia in the middle of the XIX century. Serbia at the head of a large Slavic state - that was the idea. The Croats had a very strong counter-argument. Croatian historian Ante Starcevic recognised the Croats as anemic Slavs, and called the Serbs an alien people. WWII demonstrated the complete lack of understanding between most of the Serbs and a significant part of the Croatian population. The Croatian Ustasha movement destroyed 800,000 Serbs, Jews and Gypsies.

In turn, the Serbs sacrificed hundreds and hundreds of thousands of lives for victory in the Second World War. The Serbs showed their utmost resistance to fascism and they did all they could to destroy the virus of fascism in Europe. This, of course, because a reason for a very serious split between the Serbs and the Croats.

Joseph Broz Tito managed to unite the Serbian and Croatian peoples for decades, although contradictions between them were still  serious. After he was gone, purposeful work was done to undermine the country before bloody events started in the region during the 1980s-1990s."

"What is the current situation in the region? Is the conflict over?"

"To date, these countries do not have territorial claims to each other, they maintain diplomatic relations. It will take years to heal wounds of history.

"The Kurds exist for t least 2,800 years. Most likely, according to most authoritative theories, the Kurds used to be part of the Hebrew people and originated from Israel. Nowadays, the Kurds adhere to a wide variety of religious denominations. There are Sunnis, Shiites, Yezidis, Orthodox, Catholic, Zoroastrians, Jewish Kurds, etc.

"Another phenomenon that the Kurds have is that there is no single Kurdish language. There are four main dialects and a whole range of small subdialects. Yet, the Kurds, having lost their single confession and language, somehow managed to preserve their unity. If a Kurd sees a Kurd at a distance of even 50 meters, they have this incredible sense that tells them that that person is a Kurd.

"The referendum in Iraqi Kurdistan will give a positive result. There will be difficulties about the recognition or non-recognition of the referendum by the United Nations. In my opinion, the process of the formation of the Kurdish State is irreversible because of the energy of this very specific and unique people. Sooner or later, the Kurdish State, I think, will appear.

"Israel's experience will definitely come in handy. This country is home to people from a variety of confessions, from all over the world. There are very few European Jews in today's Israel. Most of its population comes from countries of the East. Israel is a melting pot that is brewing a whole new nation.  Israel is a unique country, because it exists as a Jewish State, but in fact there is no unity in it. There are too many internal contradictions and complex problems in the relations between peoples from different countries. The process to form a new nation is highly complicated.

The Kurds must seriously develop their doctrine of a nation-state, self-identification and statehood. We live in the XXI century, in a very complex global world, where national and state self-identification remain in a complex relationship with the idea of globalisation.