The topic of alleged supplies of missile engines from Ukraine to the DPRK, which unexpectedly appeared in an article published on The New York Times, continues developing. 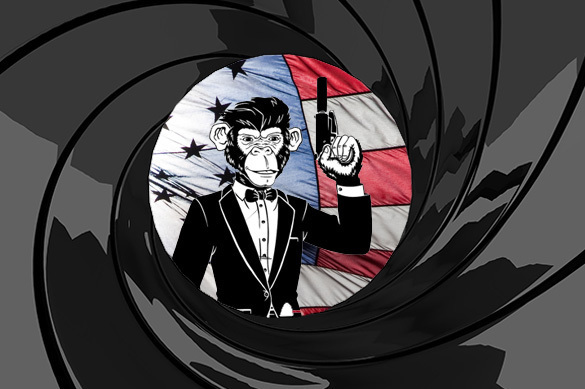 Predictably, Pyongyang keeps silence, while the Americans set out their concerns. "We're certainly aware of those reports that have come out. That's an issue that we would take very seriously if that were to be the case. As a general matter we don't comment on intelligence reports. Ukraine, though, we have to say has a very strong non-proliferation record, and that includes specifically with respect to the DPRK," US State Department spokesperson Heather Nauert said.

Ukrainian officials vehemently deny any insinuations about Ukraine's involvement in the shipments of missile engines to North Korea. According to them, North Korean specialists may have built replicas of Ukrainian - to be more precise, Soviet - missile engines.

Russian Deputy Prime Minister Rogozin was puzzled by such an explanation. "What does it mean - replicas of engines? A missile engine is not a painting or a sculpture. In order to make a replica, one must have either the original engine or its detailed drawings," he said.

Interestingly, Ukrainian politicians called the NYT publication a "Russian provocation." The article in the authoritative US-based newspaper was arranged by the FSB of Russia, they added.

The head of the National Security and Defence Council of Ukraine Alexander Turchynov was the first to say that Ukraine had not supplied either missile engines or any missile technology to North Korea," while "the anti-Ukrainian campaign was orchestrated by Russian special services to cover their participation in North Korean nuclear and missile programs."

Fatherland party leader Yulia Tymoshenko wrote on Facebook that if this information was going to be confirmed, the situation may turn into a catastrophe for the country, while Ukrainian President Petro Poroshenko and acting Prime Minister Vladimir Groisman would be the ones to blame. Tymoshenko subsequently deleted her post, though.

General Director of Ukraine's Yuzhnoye Design Bureau, Alexander Degtyaryov, excluded a possibility for any employees of the bureau to be involved in the scandal. However, he admitted that "someone could probably make some replicas." Vitaly Sushevsky, deputy head of the missile engines production department at Yuzhmash factory went even further and bluntly stated that it was Russia that could make the engines.

The Yuzhmash administration assured that the design bureau was not related to DPRK's missile programs. At the same time, Yuzhmash officials admitted that North Koreans could get drawings of Ukrainian missile engines at their disposal. However, the  NYT wrote that Pyongyang and Kiev were cooperating in the field of missile technologies for many years.

It just so happens that the United States provides Ukraine with financial assistance and invests in Ukrainian production, particularly in the missile engines industry. At the same time, Ukraine either ships those engines to North Korea or delivers the technology to the hermit kingdom. As a result, we can see North Korea threatening the USA with missiles outfitted with made-in-Ukraine missile engines.

"Ukraine is no different from North Korea in its methods of interaction with the outside world. As for the production of missile technologies, Ukrainians can be more dangerous than Koreans at this point. Poroshenko constantly tries to flaunt achievements in the field of missile technologies, just like Kim Jong-un does. For some reason, everyone pays attention to Korea, but not to Ukraine," political scientist Alexander Perendzhiyev said in an interview with Pravda.Ru.

Voit told "Turchynov" that Yuzhmash had been working with North Korea for many years, while Yuzhnoye design bureau had been maintaining contacts with North Korean engineers for 14 years already: "We have just started doing little things with Korea. Yuzhnoye Design Bureau has been working with Korea for more than 14 years, with China - for over 20 years. What do they do there? I don't know. We do not receive this information - security services do," the official said in a conversation with the pranksters.

It appears that American masters of Poroshenko and Turchynov will not be happy about the new information. One may only wonder what consequences the Ukrainian authorities will have to deal with in the near future.