Will the era of USA's impunity end?

When the Americans outlived the "syndrome of the war in Vietnam," they became obsessed with the issue of national security. The idea was as follows: the United States of America would have the right to invade other countries, but remain immune to attack at the same time. What could go wrong? 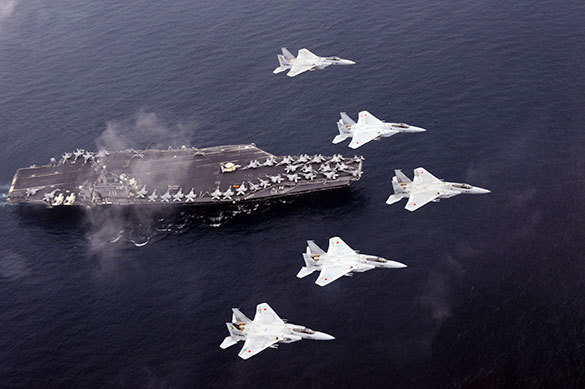 In the first years after the Cold War, impunity seemed a reality: the United States invaded Panama, afterwards, the Bosnian Serbs could not do anything to respond to the US Air Force. Washington and its NATO allies were bombing Serbia for 79 days and hardly lost a soldier.

Then the 9/11 attacks occurred. Terrorists struck America to take revenge on Washington's actions, its causeless and impudent invasions in all corners of the globe. Killings of numerous civilians in Iraq and other countries of the Middle East and then in Europe as a result of terrorist attacks were not enough to stop short-sighted US officials. They continued invading one country after another.

The United States knows that Russia has a large nuclear arsenal. China has also created nuclear weapons in pursuit of a deterrent factor. However, despite complicated relations with Russia and China, the US does not remain in direct confrontation with these countries, and the chance of a nuclear war,is fortunately quite low.

The DPRK has been working on intercontinental ballistic missiles capable of reaching American cities. Earlier this year, US President Donald Trump promised that it would not happen, but a few months later, the DPRK successfully tested a long-range missile capable of striking Alaska. Washington's awe gradually evolves into panic.

The Americans think of dictator Kim Jong-un as a mentally unstable individual, whose decisions and actions do not make any sense. After North Korea's most recent ballistic missile test, US President Trump wondered whether Kim Jong-un had anything better to do in his life. Mr. Trump may not understand it, but the things that the leader of North Korea has been doing are directly associated with the security of his country and nation.

It stands the reason that the Kim dynasty oppress their people and are capable of starting a new war, but there is no evidence that Kim Jong-un or his predecessors wanted to kill themselves. North Korean leaders have always been aggressive and eccentric in their behavior, but their prime goal was to build a weapon to stop Washington from attacking their country.

Naturally, nuclear weapons give the DPRK a number of advantages. Nuclear weapons give the country an international status, strengthens loyalty to the regime, act as a tool of extortion and serve as a powerful weapon in any war, either offensive or defensive one. On the contrary, ballistic missiles are much less useful. Their only use is the containment of the United States. The DPRK will not use them to attack South Korea, because in this case both Seoul and Pyongyang would be destroyed.

It's easy to wander the world defending allies and blackmailing rivals when you have one of the most powerful armies on the planet. It is much more difficult to temper the ardor of your geopolitical ambitions and the feeling of being an exceptional nation. President Trump should bring the ambitions of the White House to global realities. It will be a painful process, but it is global stability that largely depends on it.