Russian Industry and Trade Minister Denis Manturov, speaking at the Russian-African economic forum in Tanzania, stated that Russia was intended to take measures to retrieve the positions that the country lost in Africa after the collapse of the USSR. Better late than never... 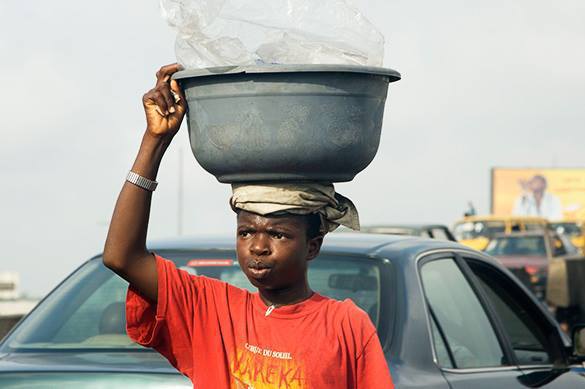 Today, almost no one - either in Russia or in Africa - remembers the power that the USSR used to have on the Black Continent. Memories of the bygone era have survived in the form of more or less vague legends about Soviet builders, workers, engineers, agronomists, doctors, teachers and military specialists, who worked in African countries, helping the Africans to build their economy, industry, medicine and education.

Many decades have passed since those days and a lot has changed. There is no Soviet Union, there are no clear and logical justifications for Russia's presence in Africa either. Gone are the postcolonial regimes, which the USSR used to build relations with. The composition of global players in Africa has also changed: China, India, Israel, Turkey, Arab countries and the United States have been strengthening their positions on the continent.

Today, "Russia's grandiose comeback to Africa" seems to be an inappropriate topic to talk about. It would be reasonable, though, to speak about the need for Moscow to elaborate a completely new African strategy with the use of the remnants of Soviet inheritance, where possible.

Supposedly, this would be predominantly an economic strategy. It is vitally important for Russia to avoid any involvement in any type of conflicts on the continent, as this will inevitably entail huge political, image and financial costs. In connection with this, it is encouraging to see that it it the Minister of Industry and Trade, rather than the Ministry of Defense, who started talking about restoring positions in Africa.

Russia has missed the moment when European positions (of former colonialists) weakened in Africa. Nowadays, most powerful nation in Africa is China. Not that long ago, China has opened its first overseas naval base - in Djibouti, on the way out of the Red Sea to the Indian Ocean.

Even North Korea has been active on the African market recently. Uganda, Namibia, Eritrea, and the Democratic Republic of Congo cooperate with the DPRK, from where they purchase cheap and technically simple equipment, disregarding Western sanctions.

Turkey and the Arab world, Israel and India - all these countries have left Russia behind in terms of cooperation with African states. Russia is somewhere at the end of this African race. Moscow has been negotiating the establishment of a Russian industrial zone in Egypt for several years already. This zone, as Mr. Manturov put it, should become the center of production for the African market, from where Russia could launch its trading expansion.

Egypt is not the only opportunity for Russia at this point. Russia could build a similar industrial base in Morocco or in Mauritania, where Russian investors and producers could enjoy considerable privileges, and most importantly, duty-free trade with all African states, the entire Arab world, the EU, and all countries along the coast of the Atlantic and Indian oceans. Russian goods would be labeled "Made in Morocco" (Egypt, Mauritania etс), for protection from possible new Western sanctions.

The question of why Russia has not yet made one single practical step towards Africa remains undecided.