Ukrainian President Petro Poroshenko has legislatively approved Ukraine's intention to join NATO. From now on, obtaining NATO membership will be considered a priority in the state policy of Ukraine. 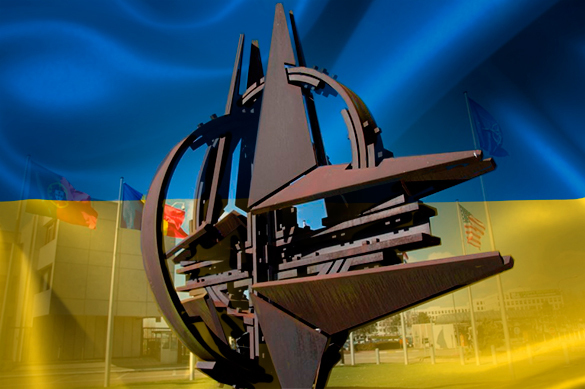 "A law has been signed, which determines membership in the alliance as a priority of the national interests of the state," Poroshenko wrote on his Facebook page.

He noted that the Ukrainian authorities will have to do a lot of work to reform security and defense sectors to accomplish  NATO membership criteria.

Earlier, Ukraine adopted a new military doctrine and defined the country's entry into NATO as a prime goal of the country's foreign policy. Afterwards, Ukrainian MP Nadiya Savchenko urged Kiev not to humiliate itself before NATO, but to create a strong army on its own. A battle-worthy army will allow Ukraine to join the North Atlantic Alliance on an equal footing, she said.

A survey conducted in Ukraine showed that 40 percent of Ukrainians want the country to join the alliance.

Pravda.Ru requested an expert opinion on the subject from Mikhail Alexandrov, a leading expert at the Center for Military and Political Studies of the Moscow State Institute of International Relations, Doctor of Political Sciences.

"Poroshenko has signed the law about Ukraine's aspiration for NATO membership. Does it mean that NATO bases will appear just 600 km from Moscow? How fast can this happen?"

"These laws are purely propagandistic in nature. No one will accept Ukraine in NATO in the position the country remains today. The declared intentions do not yet mean a positive outcome. Georgia has been doing the same for many years, but things are right where they started, although Georgia is in a much more decent position than Ukraine. Yet, Georgia has an unresolved conflict, and NATO understands that Georgia is looking forward to joining the alliance to resolve its territorial problems through NATO's hands.

"Ukraine's admission to NATO will only mean one thing: a war with Russia. NATO does not need this. If they wanted to fight, they would have already started this war, for example, after Russia returned the Crimea, after Russia supported the Donbass. As long as NATO has not started it, it means that they will not let Ukraine join NATO. Yet, they may also change their mind and make Ukraine a NATO membership to start a war with Russia. In this case, however, Russia will have to attack first, without waiting to be attacked."

"Does it mean that they can attack us from Ukraine at any time?"

"Of course. One needs to regulate the Ukrainian issue without delaying it. We should not fool ourselves by saying that it will be resolved by itself. This is impossible. We should have supported the Donetsk and Luhansk republics militarily from the start."

"How long does it take to arrange NATO membership for a country that has territorial problems?"

"The charger excludes such a possibility. Yet, they can accept anyone if they want to. In this case, Ukraine will immediately demand the Donbass problem be settled. In other words, NATO can make Ukraine its member only if the alliance firmly decides to declare war on Russia. NATO is well aware of that. Ukraine as a NATO member is highly unlikely in the foreseeable future, and those laws that Poroshenko signed are nothing but propaganda."