Why is Donald Trump going to come to Warsaw during his second visit to Europe this year? What does he want to announce before the G20 summit and prior to his meeting with Russian President Vladimir Putin? Old merchant Trump, who has been on the verge of bankruptcy many times before, is coming to Poland to sell expensive goods that Poland buys at a low price. 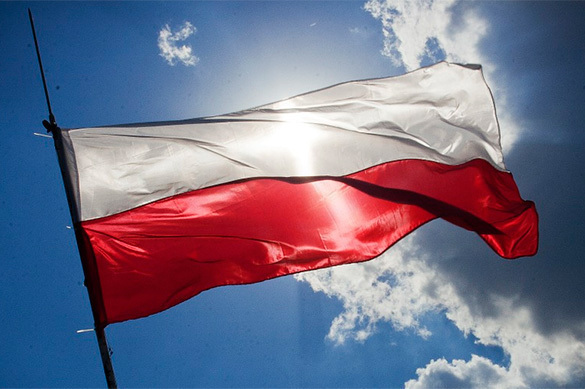 The official purpose for Donald Trump's visit to Europe is energy domination. The United States wants to force its vassals in Europe to buy expensive American shale gas. In addition, NATO members are supposed to increase their costs on acquiring weapons from the States. In a word, Trump wants to pay his debt to the industrial complex of the United States (amassed during the election campaign) with the money that he is eager to obtain from European countries.

Gas production in the USA reached its peak in late 2014 and has been declining ever since. The shale gas production was fictitious. A decrease in gas production is believed to be a reason for low prices, which in no case will rise, because Europe prefers good and cheap gas from Russia.

Trump acts both as a seller and as a gangster. He forces the weak to buy junk at a high price and threatens to use force in case of disobedience. No wonder, the Polish authorities already speak about the diversification of energy sources disregarding the fact that the Polish economy suffers huge losses from purchasing liquefied gas. Polish media highlighted the suspension of gas procurement from Russia's Yamal-Europe pipeline, and Donald Trump looks like a savior for them already.

Politicians in Poland are always ready to favor most disgusting services for Americans, which can be seen, for example, from the enthusiastic welcome that US troops received in Poland. Despite the fact that NATO's American contingent is reminiscent to Hitler's army from the point of view of its ambition to invade other states, the Polish authorities arrange welcoming ceremonies for US soldiers and speak about historical justice while expressing their disgust to memorials to Soviet soldiers, who died in the struggle for the liberation of Poland.

It is hard for Russians to understand it, but the Polish population has no warm memories of the time, when the Soviet Army was in Poland, although the deployment of Soviet troops in the country was a reliable protection against German revisionism. A plethora of mistakes that the then government made, including the disclosure of state secrets, showed a disastrous influence on the consciousness of the Poles. In the past ten years, the aggressive Russophobic propaganda in Poland has strengthened.

President Trump will come to Poland to pat his vassals on the head and possibly fuel up their Russophobic insanity. Poland's desire to demolish Soviet monuments to warriors liberators and rename streets named after outstanding Russian people has two main goals. First of all, Poland's political elite need to explain why all reforms of the last 28 years were a debacle. Of course, none of them wants to admit and publicly expose the true causes of the Polish economic and geopolitical catastrophe. Therefore, one needs to shift the blame to the enemy. A new generation of people in Poland do not know such phenomena as communism and socialism. These people can easily buy into a story, in which the current crisis in the country was not a direct consequence of the fall of the Eastern bloc, but the USSR and the Communists are still to blame for all the trouble.

Main political parties of Poland increasingly becoming pro-American. They depend on Western political will and foreign financial sources. For them, attacking monuments and graves is like a real war against Russia. This law was passed by the parliamentary majority on the eve of Donald Trump's visit to the country, and this is not incidental. It just so happens that the remains of Soviet soldiers fall victims to imperialist aggression again.

How humiliating is it for real Poles to cry tears of happiness to welcome the American president at the behest from their weak-willed government? Is the Polish population supposed to kiss the dust on the boots of the man, who makes the Polish economy suffer billions in losses?