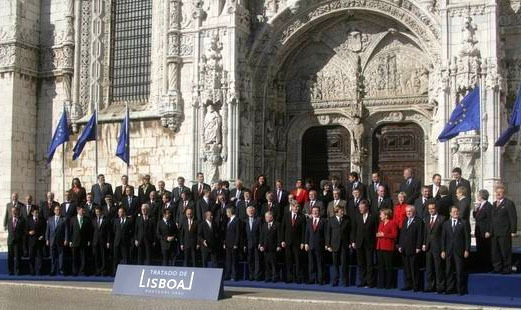 When Germany gives scam lessons...And it is far from Italy

What would happen if a 32-billion fraud to the State was discovered in Italy? Do you imagine the titles of newspapers? Horror, scandal and, above all, loads of self-racism: Italians only know how to steal, Italy is a country of s... who knows what people says abroad, that shame with Europe, these things happen only here.

Be clear: that there is an ethical problem in Italy has long been known; but if you observe what is happening in other countries without parachutes of commonplace and without inferiority complexes, you discover very different realities and you realize that elsewhere the levels of corruption are worrying and may even be much higher, even in the first of the class, Germany.

Possible? Sure. The 32 billion tax fraud really happened, but not in Rome and not even in Athens, but in Berlin. Yes, 32 billion euros are taken out of a group of bankers, lawyers and agents. Have not you heard of it? Obviously, in Italy the site Voices from abroad spoke for the first time and almost in solitude. And not that the news was passed in silence in Germany, indeed it was revealed by a journalistic inquiry, but obviously the RAI [Italian National Broadcasting Corporation] correspondents and the big newspapers did not consider it as deserving of attention. They are the same correspondents who, instead, are very fond of giving room for any anti-Italian judgment that comes from the Bundesbank or the Minister of Finance Schäuble or the Merkel government. Try typing on the search engine "Germany 32 billion tax fraud": you will not find any references to major news sites [in Italy].

The reason is simple: the news comes out of the frame "Italy's last in Europe, the Germans are better" and is therefore not received by journalists, although it would be in the interest of Italy. Moreover, these are the news that a strong government should use as a negotiating weapon in meetings with Berlin and the European Commission to achieve respect and, of course, concessions. Instead silence, head down and a premier, Gentiloni, accommodating and helpful as a waiter.

Not the first time

Attention: It is not the first time the Germans proved themselves as less correct and less exemplary than they think. Germany, who wants to give lessons, is the same who has had to spend 7% of GDP to rescue its banks from bankruptcy (Sole24Ore source, in Italian: http://www.ilsole24ore.com/art/finanza-e-mercati/2016-01-05/salvare-banche-tedesche-e-costato-7percento-pil-080353.shtml?uuid=ACcIoK4B ). Other than Montepaschi and banks in Veneto [one of the region in the North-East of Italy]. Not to mention the latest German scandal, that of the big mysterious holes in the Deutsche Bank balance sheets.

And the true story of German reunification and much less idyllic than you think. Read Anschluss by Vladimiro Giacché: it was not a merger to a rich Germany, that of the West, but a real annexation and privatization process that in many, too many cases, turned into authentic rubble, never thoroughly investigated by the judiciary, although very large numbers were involved, of the order not of dozens but of hundreds of billions of euros.

And then the analysis about the honors of Germans and Italians should be explored from a somewhat different perspective. The average German is certainly more lenient to the rules than of the average Italian and the German state is certainly more efficient. But only a German can conceive frauds of 32 billion euros scams of damage to their government or tens of billions of euros of damages to the "brothers" of the former DDR. Even when frauds, the German thinks big. This is the difference, I do not know how honored.