What is the difference between Gibraltar and Crimea?

Being too much obsessed with the topic of Russia's mythical "annexation" of the "Ukrainian" Crimea, the European Union has missed the appearance of a very similar problem in its own territory - Gibraltar. The dispute for this point on the map of the world has been going on between Spain and Great Britain for hundreds of years, but it has become particularly acute against the background of Brexit. London gave to understand that the UK would be ready to defend the peninsula by military methods. 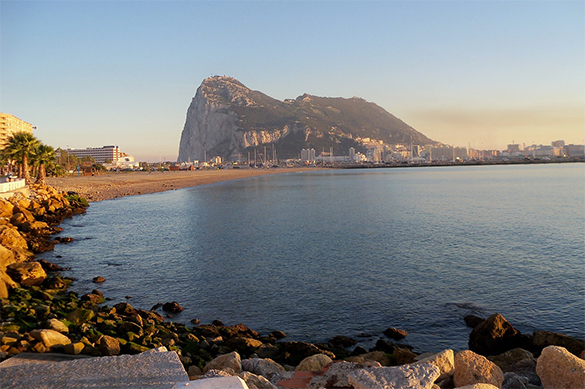 Gibraltar is a 6,5-​​square-kilometer rock in the south of the Iberian Peninsula in one of the most strategically important parts of the world: the gateway from the Mediterranean Sea to the Atlantic. The one who owns Gibraltar may shut these gates when needed (known as "Pillars of Hercules" in ancient times) to thus block the largest sea transport highway of global significance.

Geographically, this strategic piece of land refers to Spain. The Spaniards consider Gibraltar to be a part of their national territory. In reality, however, Gibraltar is an overseas possession of the United Kingdom.

The British seized the peninsula from the Spaniards in 1704 and formalized their conquest legally in 1713, imposing the Utrecht Peace Treaty on Spain. Madrid has never reconciled with the loss of a part of its territory and still insists on its return.

In 1967, a referendum was held in Gibraltar, during which the absolute majority of local residents favored the preservation of British sovereignty over the "rock", as they prefer to call Gibraltar. A couple of years later, a new constitution was adopted there, and new local self-government was introduced.

Gibraltar joined the European Union together with the entire United Kingdom in 1973, and the Spanish-British dispute was forgotten for a while as the two nations had nothing to divide within joint European space.

However, Britain's exit from the EU has brought the problem back. Ninety-six percent of Gibraltar residents voted against Brexit at the referendum. When the UK launched the process to leave the EU, it turned out that the Gibraltarians did not want to remain in the European Union at the cost of losing British citizenship. Gibraltar is not Scotland - independence is not an issue here. It just so happens that the "rock" could stay in the EU by becoming a part of Spain. Yet, this is something that the Gibraltarians do not want to accept.

To spice things up, British Prime Minister Theresa May did not include the Gibraltar issue in the official letter that notified the EU leadership of the beginning of the Brexit procedure. Spain used the opportunity to revisit the dispute and demand the issue should be included on the agenda of London's negotiations with Madrid in an attempt to deliver the peninsula under the jurisdiction of Spain (the EU that is). Brussels listened to the voice from Spain.

As a result, it turns out that Spain and the EU intend to take Gibraltar from Britain. The latter, of course, does not want to give it away.

The EU, in the endeavor to "punish" the Brits for their Brexit, may firmly insist on separating Gibraltar from the UK. Brussels will also try to take advantage of Scotland's separatism. Ghosts of Europe's dark past continue coming to light: conquests of the XVIII century turn into urgent questions of European politics.

British politicians have already released a number of scandalous statements in this connection. Former leader of the Conservative Party, Lord Michael Howard, set out a hope that Teresa May would show strong determination in resolving the Gibraltar dispute, similarly to Margaret Thatcher's determination to regulate the Falklands Islands dispute with Argentina.

"Thirty-five years ago this week, another woman prime minister sent a taskforce halfway across the world to defend the freedom of another small group of British people against another Spanish-speaking country, and I'm absolutely certain that our current prime minister will show the same resolve in standing by the people of Gibraltar," Howard  said.

As we can see, British politicians allude to war with Spain and even with all of Europe, if necessary.

In this connection, a fundamental question arises: what is the difference between Gibraltar and the Crimea? Why do the British, the Spaniards and other Europeans have the right to make their judgments on the Crimean issue at the time when they have unsolved territorial disputes from the XVIII century?

They have not been able to solve the problem for several centuries, and now they are ready to fight with each other for the status of a patch of land and for the color of passports of the 33,000-strong peninsula. At the same time, they do not even question their competence in considering the fate of the Crimea, Russia and Ukraine. They proudly recall the war in the Falklands for the protection of a handful of Britons, but they deny the right for not quite a handful of Russians to receive protection from their historical homeland.

One is left to wonder whether Theresa May is going to send her "polite men" to defend Gibraltar from Euro-Spanish attempts to restore "historical justice." Will Brussels impose sanctions on the UK if it happens?