Trump's perestroika: The making of a super president

It has been three weeks since the inauguration of the 45th president of the United States. During these weeks, Donald Trump has signed a few decrees that have put the country literally on its hind legs. He has completely changed the social policy of the state and radically revised Washington's course in foreign policy. Trump has been doing it without having his own government, which is a very dangerous experiment indeed. Quite a perestroika, wouldn't you say? Yet, it was not Donald Trump, who started it. 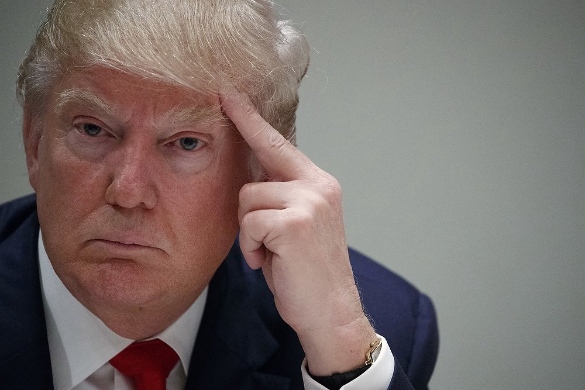 In fact, it was George W. Bush, who made first decisive steps to restructure basic foundations of the US statesmanship. After 9/11 attacks, he steamrollered the Patriot Act that limited many rights and freedoms of American citizens had seemed unshakable until then. Thus, the Patriot Act had violated the so-called Fourth Amendment to the US Constitution that prohibited unreasonable searches and detentions that required good cause court orders for the purpose. The Patriot Act enabled security services to follow the Americans, tap their phone calls, read private email correspondence, etc, - all without legal sanctions, just on the basis of suspicions.

The act had been in effect till 2015, when President Obama replaced it with a new, somewhat less severe law that was dubbed the Freedom Act. Nonetheless, the principles of the total surveillance system had taken deep roots in the American society. George W. Bush had also created the Department of Homeland Security - an agency that would be unthinkable in the days of, say, Ronald Reagan, who was convinced that limiting the freedoms of American citizens was unacceptable even for the sake of security.

The fact that Reagan had to put special emphasis on the defense of freedom and security shows that attempts to change America and turn it in a more manipulative mechanism had been made before too. The control should be headquartered in the White House, whereas fear should be the main tool. What could not be done during Reagan's stay in power, could be done during the times of George W. Bush, even at the expense of September 11 attacks.

Curiously, Barack Obama supported the Patriot Act even though Obama appeared to be strongly opposed to Bush's legacy. Obama, being such a fresh person in the White House, a fighter for universal freedom, was supposed to throw the act into the waste bin of history during first days of his presidency. Yet, Obama had been defending the right of special services to act at their discretion, without looking at courts. After the story of Edward Snowden, Obama altered the system of state security, but the essence remained the same: one can sacrifice freedom in the name of security.

Obama, for his part, expanded the experience of US statesmanship by overcoming the resistance of Congress. Democrat Obama was forced to work for many years in the Republican-dominated environment. At the same time, the executive authorities initiated several large-scale reforms, such as the reform of the health insurance system and the reform of migration policies. Yet, Obama showed remarkable persistence and finally broke the resistance of the "second government". How he did it is a topic for a separate analysis. Yet, during Obama's presidency, the White House obtained invaluable practical experience in making decisions contrary to the will of both Congress and the Senate.

All of the US power system is based on "containment and counter-balance," which the Americans are so proud of: none of the branches of government (executive, legislative, judicial) can rule single-handedly.

Since the times of the USSR, President of the United States has traditionally been viewed as the most powerful man in the world. He can not be just one of the three, given the fact that two other partners in power are not even people, but institutions. The USA can not operate like the clumsy European Union.

Can Trump do anything new?

The first thing we can already see - Trump is running the country without a government. He had finished forming his team at the end of the third week of his presidency, when he introduced 24 candidates for senior positions in the administration. Even by that time, Congress had approved with moans and groans only six new ministers. This has never happened in the American history.

At the same time, Trump took a decisive action against the judiciary by restricting migration. Without going into details, the essence of the move is as follows: the president made the judicial environment split and started putting pressure on those who spoke against him. "So-called judge"  - a remark like this addressed to a federal judge can technically be considered an insult and even a crime.

If Trump can eventually defend his travel ban, it would mean that the executive power can break the judiciary authorities. One requires a strong-willed man to accomplish that - a man who is not linked with the political structure of реу USA.

Donald Trump may indeed introduce new methods and mechanisms far beyond constitutional and traditional norms. If this happens, America will become a whole different country in several years. It will be a super presidential republic, the head of which will hold truly imperial powers in his hands: he will rely on the all-mighty state security system, while lawmakers and judges will serve the interests of the super president.