Watch out for provocations against Russia 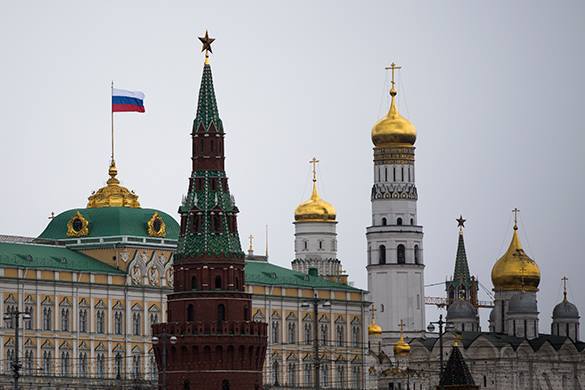 Recently, Britain became the voice for a potential war with Russia. First, former NATO commander General Sir Richard Shirreff's book, 2017 War with Russia, came out in May; after that, Foreign Secretary Boris Johnson called on the British people to participate in street demonstrations against Russia. Last week, Defense Secretary Michael Fallon stated that war with Russia is not likely in 2017, but Britain would be ready for war against Russia in two years. There is a climbing tension between countries, nothing short of the one the world experienced when Cold War tensions occasionally peaked. British politicians are ignoring the fact that a war between Russia and the Western bloc would drag the whole world into it.

Only 100 years ago the world was dragged into a serious war that went on for four years. The ambitions of European politicians thrust the world into an irreversible conflict in three weeks. This conflict was the First World War and led to deaths of 20 million people. Twenty years later, even before the ink on the peace treaties dried, another much deadlier world war broke out. By the time the warring parties sat round the peace table, 50 million people had lost their lives. A century after all these events, there is no doubt that the conditions have changed dramatically. A potential world war in the 21st century would likely claim several hundred millions of lives. No one in the world has the right to gamble millions of lives.

The tension of a war with Russia is an obsessive policy dating back to the 20th century. Today, the world is not polarized between two opposing sides. Nations are deeply linked to each other through commercial, social, cultural and economic ties. Thanks to new communication technologies, black propaganda is not as effective as it used to be. Most of the world can access accurate information with a speed which was not even dreamed of 30 years ago. Deceiving the masses and dragging them towards unnecessary wars will not be as easy for warmongers as it was in the past.

The current events could have been regarded as a temporary crisis. However, the increasing military measures in parallel with rising political tensions are among the factors that make the situation more volatile. The first move was the deployment of NATO troops to Eastern European and the Baltic countries after the call from the Atlantic Council. After the NATO summit in Warsaw in June 2016, the number of troops stationed on the eastern borders of Russia increased rapidly. With NATO's plan to boost its presence in the Black Sea region, the circle surrounding Russia will be completed. In an environment where military mobilization is this intense, it will not be possible for political tensions to diminish.

Britain and NATO points to Russia's aggressive policies on Syria and Ukraine as the reason behind these recent tensions. However, they are ignoring the events in both countries leading up to the Russian intervention. Ukraine's last three elections since 2004 were concluded in the shadow of street demonstrations. The so-called Orange Revolution, first sociologically, then physically, divided the country into two. After the coup of 2014, which overthrew President Yanukovych, Russia became an active side in the country. The biggest supporters of the revolution that brought the civil war and divided the country were George Soros and his Open Society Foundations. During the same period, successive colorful revolutionary attempts were carried out in former Soviet Republics: Kyrgyzstan and Georgia only narrowly avoided dissolution. The street demonstrations in Armenia, Azerbaijan, Moldova, Belarus and Uzbekistan were barely stopped before they could turn into revolutions. Kiev, which was proclaimed as the heart of the Russian people for a thousand years, is now the epicenter of anti-Russian policies. There is a hostile formation only several hundred kilometers away from Moscow. Even though Russia employed a reactive strategy of "justifiable self-defense" in light of all this, it would be more accurate to say that the true responsibility lies with the EU countries, which laid the groundwork for these movements and simultaneously ostracized Russia. Those who pursue the truly aggressive policies in the region are the deep powers, which drag countries into civil wars, technically, financially and politically support the revolutions, and expect to profit from these conflicts.

Besides, it shouldn't be forgotten that the origin of the ongoing civil wars in countries like Syria, Libya, Egypt and Yemen were the Arab Spring demonstrations. In no part of the Arab Spring was Russia involved. Between the years 2010 and 2015, Syria was razed to the ground by coalition aircrafts and 15 million Syrians were forced to leave their homes. The north of the country was divided into cantons controlled by the PKK and the PYD terrorist organizations. Those who first dragged the country into ruin were the aggressive policies of the anti-Russian front. Russian Foreign Minister Sergey Lavrov likens these policies to a "bull in a china shop". Due to their very nature based on use of brute force, these policies are not protective, but destructive. The thing to do in order to save Syria is to immediately abandon these destructive policies and to look for a solution based on alliances for the region.

In various places of the world, hundreds of thousands of people are arming themselves with weapons to fight every morning. At any moment, some kind of provocation can ignite the fuse of a great war as the Sarajevo assassination did in 1914. There are many subcontractor organizations that can volunteer for it and the deep states that will instruct them are sinister and merciless. In the civil wars of Iraq, Libya, Syria and Yemen, there are tens of thousands of mercenaries. As for Mediterranean, five aircraft carriers, over a hundred warships, warplanes, helicopters, amphibious transport docks and tens of thousands of soldiers are advancing. An environment where deadly weaponry is stocked with such intensity is no doubt a very risky one. Within these conditions, the tense tone in international relations should be abandoned immediately, and the language of peace should reign over world politics.

War with Russia is a disastrous scenario that shouldn't even be considered. Tensions with Russia mean putting the entire world into danger. Russia is not a potential threat; on the contrary, it is a country to form a friendly and amiable alliance with. Such an alliance can bring great value to the West. For this, the language of peace should be brought back; what an alliance would bring should be considered, not conflict, and the fruitful and fine outcomes of growing powerful together, not fighting with each other, should be appreciated.