Donald Trump's presidency may lead to highly unfavorable consequences for the European Union, a report prepared by the The Directorate-General for Internal Policies of the Union said. 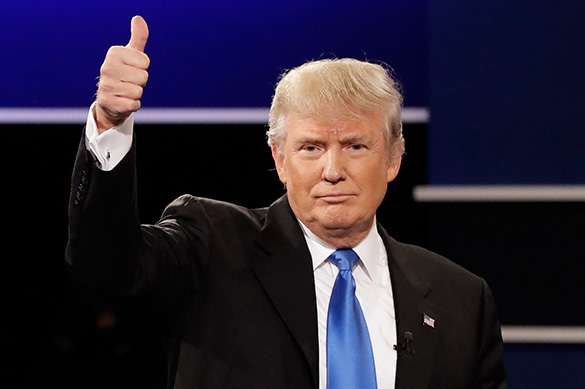 Brussels fears that the new American leader make take steps towards the improvement of relations with Moscow. Trump may lift sanctions from Russia and support Putin and Assad in Syria. In addition, the Europeans believe Trump may ruin the nuclear deal with Iran and enter into a confrontation with China because of discrepancies in ​​trade and regional security.

Most importantly, the authors of the report describe Donald Trump as the least qualified and least experienced president in modern American history.

Taking into consideration Trump's character and his past statements, his presidency may may well result in the worst scenario for the European Union, including a radical deterioration of relations, a decline in economic cooperation and a threat to the Euro-Atlantic security system," the report said.

The authors admit that it is still difficult to predict the foreign political course of the Trump administration. Yet, the report outlines a number of problems that may emerge in the relations between Brussels and Washington.

Trump may refuse from the policy of interference and liberalization of foreign trade. In addition, Trump may cut cooperation with NATO, the report says. The possible rapprochement of the new US administration with Russia, a softer stance of the White House on the crisis in Ukraine, a compromise with Assad and Putin in Syria, a different approach to the nuclear deal with Iran and the unconditional support for Israel may also affect relations inside the Euro-Atlantic community, the authors of the report believe.

The analysts call on European policy-makers to prepare for worst. According to the authors of the report, the EU security will be jeopardized if Trump takes a course of rapprochement with Moscow, refuses to discuss issue of NATO expansion and turns a blind eye on "Russia's aggression in Ukraine."

The Trump administration will try to cooperate with Russia in the struggle against terrorism. In addition, he may try to bring Moscow back to the Group of Seven.

Also read: Trump's strategy is to set Russia against China

The new US administration may conclude that the support of the Ukrainian government is fraught with high costs. To crown it all, the United States may also can opt out of some of its obligations to Georgia and other post-Soviet states, the report continues.

In Syria, Trump may no longer support the armed opposition of the country, which also contradicts to the interests of the European Union. Trump may also remain indifferent to the struggle for human rights. He may not be willing to promote democracy in the Middle East and in other regions of the world. As a result, such a policy may weaken the support for democratic reforms in Tunisia, which also harms the European Union, the report says.

Also read: With Trump, Russia will have the same scenario, like with everyone else

Trump may also recall the nuclear deal with Iran and attack the country instead, which may trigger a growth in oil prices. An attack on Iran could be possible as a worst-case scenario, the authors of the report say. Such a move would destabilize the region and trigger a growth in oil prices that would cause damage to European economies. In addition, Trump may introduce new sanctions against Iran, and the Republican Party will support such an initiative.

In the interview to European newspapers on January 16, 2017, Donald Trump called NATO an outdated organization. NATO is "obsolete, first because it was designed many, many years ago. Secondly, countries aren't paying what they should," he stated.