What can Russia expect from ‘Mad Dog’ Mattis?

US President-elect Donald Trump has picked retired Marine Corps Gen. James Mattis as the new Secretary of Defense. The 66-year-old general is known as an ardent opponent of Putin and a friend of Ukraine. "General James "Mad Dog" Mattis considers Russia as a "predatory" state. 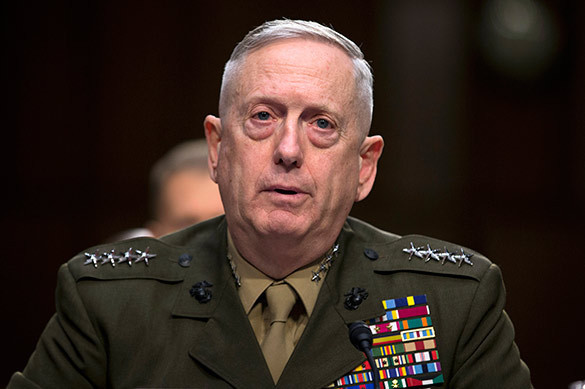 What can Russia expect from the new Pentagon chief? Pravda.Ru asked this question to leading expert at the Center for Military and Political Studies at MGIMO, Doctor of Political Science, Mikhail Alexandrov.

"The Obama administration made the Pentagon a bad cop in Syria. It was said that the Pentagon conducts its own policy and even makes mistakes in Syria, like, for example, during the bombings of Deir al-Zor. What can one expect from the new chief of the US Defense Department?"

"I do not think that the Pentagon was playing a bad cop during Obama's presidency. The Obama administration was conducting a coordinated policy to support international terrorist groups in Syria and Iraq. Therefore, all these supposedly incidental events appear as a targeted program of the Obama administration. Those events include the abandonment of warehouses with ammunition for ISIL militants during the rapid retreat of the Iraqi army, parachuting military cargo for terrorists, supposedly by mistake, training of terrorists by US instructors, who then also took the side of the terrorists. Attacks on the Syrian army are also part of one and the same story here. The goal of this policy was to break the Shiite axis of Iran, Syria and Iraq. The Americans were moving towards their goal, but then Russia interfered to stop them.

"Judging from Donald Trump's pre-election statements, one shall assume that he is not committed to supporting international terrorism. The new US Secretary of Defense James Mattis, aka the "Mad Dog", had taken part in military campaigns. He is a man who was customized for the anti-terrorist struggle. Maybe, the US will take a serious approach to the struggle against terrorism. Yet, we should bear in mind the fact that the "Mad Dog" does not sympathize with Russia, as far as I know. At the same time, any military man needs to firmly stand for his beliefs. It would be strange, if he had a soft position.

"Ideally, Russia and the USA could come to an agreement on a joint ground operation in Syria. The Americans could advance from Iraq, two or three divisions, whereas Russia could advance in Syria to meet in the area in of the Syrian-Iraqi border. The operation would not take a lot of time, and the terrorists would be destroyed with minimum losses on both the American and the Russian side. The terrorists would thus be crammed and destroyed and then we would meet on the new Elbe in the form of the Euphrates. Of course, this is just a dream, we do not know what Trump will do in practice, but we should constantly remind him of our readiness to cooperate for the sake of peace in the Middle East."