Six people in the US Electoral College announced that they were going to change their votes in favor of Hilary Clinton to vote in accordance with the results of the expression of people's will. According to mot recent reports, Hillary Clinton had outstripped her rival Donald Trump by two million votes. 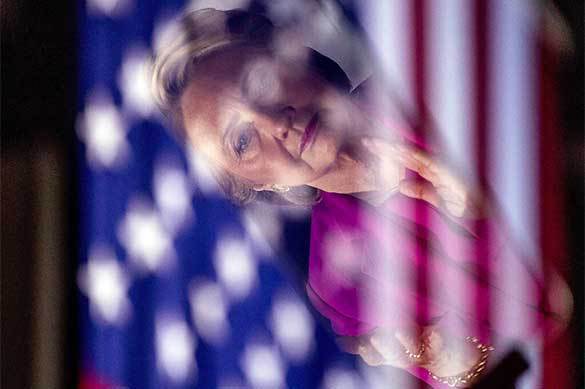 Although Clinton admitted her defeat, some of her supporters believe that the game is not over yet. Bret Chiafalo told The New York Daily News that along with other electors, he constitutes the group known as "Hamilton Electors." The group tries to convince fellow Republicans to vote against Trump.

Does Hillary Clinton still has a chance to become president? Pravda.Ru asked this question to Director of the Institute for USA and Canada Studies, Valery Garbuzov.

"What is the critical number of electors that can change the name of the new US president?"

"This is impossible. The electors who have already been determined, they will vote as they should. All the speculations about the improper vote is not to be taken seriously. Firstly, Trump has won on electors votes. In the history of the USA, there was no precedent when large groups of electors would vote contrary to the results of state elections. This has never happened before, and it will not happen now. This is just a speculation that one comes across in the media today."

"Why do electors say then that they want to vote for Clinton?"

"A few of them may have said that. Trump took the lead with 60 electors thus beating Clinton. This is a lot. Of course, the political elites that are dissatisfied with the outcome of the US vote may find two or three people, who will do something, but this is pretty much it. Next time, these electors will not take part in elections. Electors also represent elites of states. They may say one thing, but they will vote according to election results."

"In Michigan, 16 votes have not been distributed yet, Trump takes the lead with a minimum margin of 11,000 votes, can anything change there?"

"But Trump takes the lead still. I think that all will finally settle in Trump's favor. Even if Michigan goes to Clinton, it will not change the balance of forces."

Donald Trump currently has guaranteed 290 electoral votes, while Clinton has 232. The US presidential election is held on a two-stage system: the winner in each state takes so-called electoral votes, the number of which equals the number of constituencies for elections to Congress. The formal voting procedure for electors will take place on December 19 before Congress approves the outcome on January 6, 2017.