First of all, I would like to congratulate you again on your election victory.  Perhaps you perceived a huge sigh of relief from the world community and especially Russia with your election to the presidency. 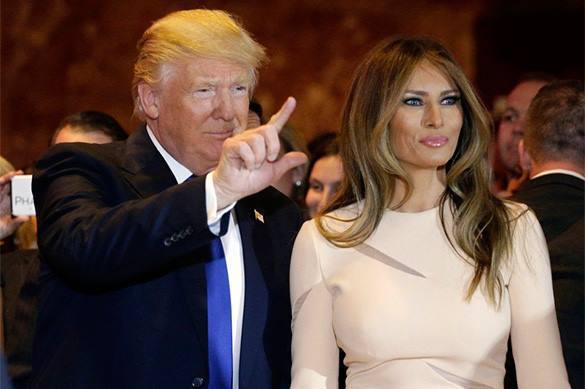 I hope you have even a small idea of the huge sigh of relief going across the globe.  Your victory has saved the planet from the globalists, from Clinton and her determination to take things over the edge to the unthinkable.  World War 3.

There couldn't have been more of a difference between your expressed policies and those of your opponent.

The world loves a peacemaker

The world loves a peacemaker and hates bullies with no regard for human life, particularly if they are hypocrites pontificating about freedom and democracy while their actions clearly demonstrate a commitment to something opposite and extremely sinister.

I've always felt there were two different kinds of people in the world:  builders and destroyers.  The destroyers not only destroy life and societies with their greed, but they enjoy breeding discontent. You, of course, are the first kind.  Your opponent was the second kind.  Russians, too, are of the first kind, builders.

Hillary Clinton earned the ire of the world community by her hawkish, murderous behavior and attitude.  She has left a trail of death and destruction throughout Europe and the Middle East. Her declaration of war during the debates sent shivers down everyone's spines.

Her only "friends" contrary to her claims of being "respected" in the world community are feudal totalitarian dictatorships, the head choppers and their terrorist proxies and those benefiting from her pay for play scheme.  She is hated, not respected.

Her moronic, and I dare say psychotic paranoia, tried to imply that there's something wrong in getting along with Russia and the Russian people.  This most assuredly made her unfit to lead under any cricumstancces.

But you have true friends and admirers throughout the world, such as Mr. Jeremy Corbin and others.  Even before becoming President, you have been regarded as a great statesman.  Your knowledge of the world situation infinitely surpasses your opponent's, despite her long record of "experience" in that area. As you said, her experience was all bad and all failure.

People throughout the world, of course, have been paying close attention to US elections because we all will be greatly impacted by the results.  Especially in Russia.  The words exchanged between yourself and President Putin became a rallying point for all of us who are weary of unjust wars, regime change and bombs falling.

"I think I'd get along very well with Vladimir Putin. I just think so," Trump said in one of his first comments about the Russian leader since launching his presidential bid last June.

"It is always a great honor to be so nicely complimented by a man so highly respected within his own country and beyond," Trump said in a statement. "I have always felt that Russia and the United States should be able to work well with each other towards defeating terrorism and restoring world peace, not to mention trade and all of the other benefits derived from mutual respect."

"After the conference, Putin said that Donald Trump is a very bright and talented person and the absolute leader of the presidential race."

Outstanding exchanges such as the above have given the world hope for peace and change.  I almost feel like cringing when I say the word "change" due to what that word became with Obama. We were badly burned with that one.  When you speak of change, however, I believe you.  You have a strong character and a strong personality and I believe it's said with true sincerity.

You have overcome much.  The entire establishment, the globalists and their fellow travelers and the media have come down against you.  They have thrown everything at you.  But you came out victorious, not giving an inch.  And it wasn't just flesh and blood men fighting you, it was all the powers of hell itself.

"We wrestle not against flesh and blood, but against principalities, against powers, against the rulers of the darkness of this world, against spiritual wickedness in high places."

Before you began your fight against the establishment and hell itself, people throughout the world wished for the demise of this globalist establishment.  Who would have thought it would come from within?

I must say that you and your supporters have shown the world that your country still has a great number of righteous, decent people...and so who could not wish you well under those circumstances?

The burden you have taken upon yourself as leader of a superpower must weigh heavily on your shoulders.  The country is torn with deliberately created strife, as if your burden is not heavy enough already.  I pray that God will give you wisdom and good endurance and I know you will remain true to all of your promises.  Stay true to yourself as you appoint those who will assist you in your responsibilities.

The forces opposing you are violent, mindless and lethal and I pray for your safety and well being.  We all are.

If you want Russians to really love you more and you want to get on a really super fast track to better relations with Russia, I suggest you come to Moscow on May 9th, Victory Day, and see for yourself how the Russian people honor the heroes who gave their lives so that we might be free from the Nazi scourge that threatened the freedom and lives of all of us.  See how the Russian people sacrificed and suffered and how terribly they long for peace.  This is something you really need to experience.

I am certain you will receive the invitation when the time draws near.

I believe you will be surprised by what you find when you meet Vladimir Putin and see that Russia has a form of democracy that works for the circumstances that are unique to Russia.  Russia and the US should be natural allies,  During the horrible period of Obama, Russians only asked that they be left alone, left in peace, but he just kept piling it on and piling it on for his own sinister, nefarious reasons.

So in closing, I wish to tell you that you have our prayers and support for your success and safety and I am looking forward to our countries working together for the benefit of all mankind...your focus will be on improving your own country of course and the lives of your own citizens and by doing that and avoiding the stupid foreign interventions, it will be a better world. Удачи! (Good luck).