Russia's countersanctions for Syria will hit the West below the belt 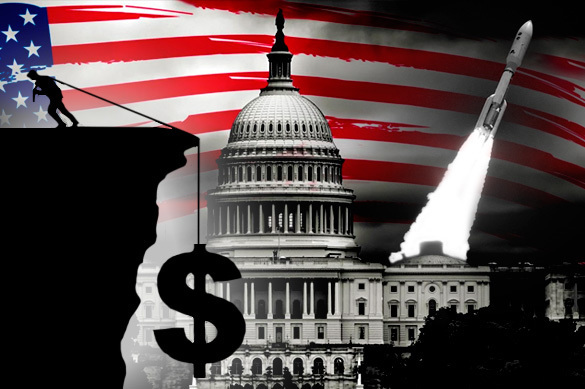 The West and Russia are entering the third year of the war of sanctions. Washington threatens to  impose new sanctions against Russia, this time for Syria. Russia will take "painful measures" in response, Russian Deputy Foreign Minister Sergei Ryabkov said. Pravda.Ru offers the list of counter sanctions that we made up on the basis of experts' opinions.

1. Russia's first answer would be the abolition of neo-liberal economic policies and transition to a new economic development strategy. This will block channels of Western influence on our country and thus become the most asymmetric, but a tough answer to Western sanctions, said Ruslan Dzarasov, Doctor of Economics, head of the department of political economy at the Russian Economic University named after Plekhanov.

The expert noted that "we continue to adhere to the export growth model, taking capital to the West and forming the budget on the basis of financial interests of capital rather than domestic consumers." Russia, the expert said, should introduce a combination of state planning and market sector, "similar to what the USSR was doing during the 1920s."

"The state should ensure the financial transparency of corporations, expand the rights of trade unions and workers, strengthen social control over big business, show influence on the formation prices in economy to eliminate price disparity in favor of the mining export sector to the detriment of the manufacturing industry," Ruslan Dzarasov told Pravda.Ru.

2. Russia could refuse from saving its reserves in US dollars. Russia does not take the first place in terms of dollar savings in the world, but it could still cause a serious blow on the Western financial system, Valentin Katasonov, Doctor of Economics, Professor at the Moscow State Institute of International Finance, the head of Russian Economic Society named after S.F. Sharapov, told Pravda.Ru.

"A lot of Russia's liabilities in national gold and currency reserves are nominated in US dollars. Should they are put on the market, the US dollar will suffer greatly," leading expert at the Union of Oil and Gas Industrialists, Rustam Tankan said.

Noteworthy, some privately run Russian companies already abandon the US dollar in their activities. Megafon, one of Russia's three leading cellular providers, converted about 40 percent of dollar deposits in euros and Hong Kong dollars. The company transferred the funds to accounts in major Chinese banks. Norilsk Nickel took similar measures. The Hong Kong dollar is a Chinese foreign clone of the dollar, and the USA is unable to impose any sanctions on this currency. Russia has started abandoning from the US dollar as a reserve currency by opening the Raw Materials Exchange of St. Petersburg, where Russian energy carriers are traded in rubles.

3. Russia could freeze assets of US investors in the Russian economy. "Foreign citizens are the ultimate beneficiaries of our shadow holdings. There are tricky financial mechanisms in the timber industry, for instance," Igor Gerasimov, member of the Committee for Business Security at the Chamber of Commerce, security expert, told Pravda.Ru.

The shadow mechanism works as follows. A wood-working company does most of the work, while most of the profit goes to a "general contractor." The latter pays the company a relative price for production, plus a minimum profit. Most of the profit goes to specific individuals, to accounts of foreign companies. Therefore, Russia could adopt laws about the nationalization of natural resources and city-forming enterprises, said Igor Gerasimov.

4. The State Duma of the Russian Federation has already discussed a draft law to relieve state-run and privately-owned Russian companies from debts totaling $700 billion. These debts are held by Western banks of the countries that threatened to impose sanctions against Russia.

5. Sanctions in the field of high technology will be no less sensitive. "Russian titanium will cease to arrive at European companies, and this will certainly be a very significant act of pressure on our partners," Alexei Mukhin, general director of the Center for Political Information told Pravda.Ru.

Boeing and United Technologies, as well as Europe's Airbus Group, purchase most of their titanium from Avisma, a Russian company, which happens to be the world's largest titanium producer. Yet, it goes about only 30 percent of needs. The USA remains entirely dependent on Russia in the field of rocket engines. RD-180 is a six-ton ​​liquid rocket engine with a thrust of more than 400 tons. The USA has been using Russian rocket engines since 2000. US Congress passed the budget, which provided for the allocation of hundreds of millions of dollars to purchase an  "unlimited" number of RD-180 rocket engines.

6. Russia's sanctions against Western airlines would lead to their elimination. A great deal of airlines fly across the territory of Russia and save a lot of money on this, chairman of the Federation Council Committee on International Affairs, Andrei Klimov, told Pravda.Ru.

"If all of a sudden, the Russian authorities try to do something in this field, it will generate huge profits to companies from such countries as the United Arab Emirates, but at the same time it will cause serious financial damage to German, French and other air carriers," - said the expert.

7. Many large companies in the West have a strong lobby in legislative authorities. Therefore, the input of targeted sanctions under the pretext of violation of rules and regulations would be a very strong response. Starting from 1 November 2016, Russia banned imports of salt from the EU, the US, Canada, Australia, Iceland, Liechtenstein, Montenegro, Albania and Ukraine. On February 15, 2016 Russia banned imports of soybeans and corn from the United States, including through third countries. Russia still imports various food products from the United States, spending millions of dollars a year (PepsiCo, Starbucks, Cargill, McDonald's), pharmaceuticals (Pfizer), cosmetic products (Procter & Gamble, Johnson & Johnson), plastics, machinery, textiles, footwear, automobiles (Ford, General Motors) as well as products under the "secret code" worth $554 million in the first half of 2016.