US is a source of instability in Afghanistan

Afghanistan has been a headache, a heartache of Russia for a long time. Now quite disturbing events are taking place there. Pakistan has been putting into effect its program on extradition of the Afghan refugees, who settled in the country in the 80s, for some months so far. Which is the situation in Afghanistan and around it today? Won't it become a global hot spot once more, which would remind of it even despite current events in Syria? Darya Mitina, a historian, orientalist and Secretary of the Central Committee of the United Communist Party of Russia, told Pravda.Ru about the matter in an interview. 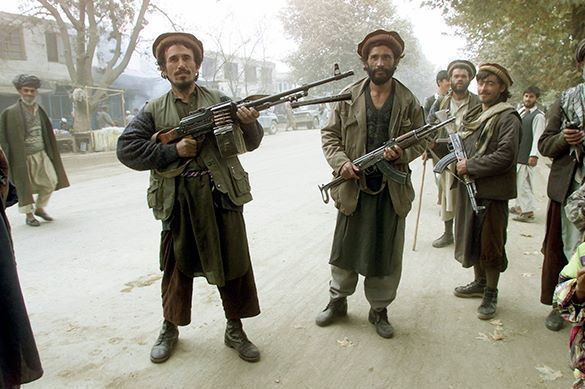 Afghanistan is a zone of instability, but...

How would you characterize the current situation in Afghanistan?

It seems that Afghanistan is constant terror acts, combat acts, scorched earth, where there is nothing but for drug traffic given news and analytic programs. To some extent it's true.

On the other hand, it's the same country as many other, infrastructure projects are being advanced, economy is being developed.

Afghanistan is under huge outer and inner pressure. The president of the country Ashraf Ghani has recently opened an international airport in the province of Bamyan, it's not far from Kabul, which is famous for its statue of Buddha, which was exploded by the Taliban after they had come to power. Now there is an international airport, that significantly simplifies logistics and evidences that it's not a black hole.

Afghanistan and Pakistan are sworn brothers

On the other hand, we have evidenced tense escalation at all directions lately. Relations with Palistan have deteriorated, they have never been rosy despite the fact that it's one region.

These are two interconnected countries, historically, culturally and economically. And this region is called AfPak in the West. For the last two months trade turnover between them has reduced by 50%, that is two times. Since June 1 a visa regime was imposed for the Afghans arriving to Pakistan. And the Pakistani border has always been clear for the citizens of Afghanistan, they could move freely.

And this extremely unfriendly act was perceived in Kabul in an appropriate manner. Now the Pakistani authorities are reported to have started deporting refugees. Including the Afghani families that live in fact in both countries. There are close relatives and mixed marriages. And having announced this discriminating for the Afghans program, Pakistan haven't even declared any criteria according to which people are defined as refugees. Children of people who have left Afghanistan and are to gain Pakistani citizenship are also regarded as refugees.

Two border points have been closed. It's a new element of deliberate Pakistani policy. And it is substantiated by Pakistan quite demagogically: Afghanistan is allegedly a zone of instability, there are only Taliban, Islamists and so on.

How did terrorists occur in Afghanistan?

And is Pakistan a Switzerland? There's one more question. Haven't all these guys been trained there? Bases and rehabilitation centres are situated there, the Americans train them. The same is with the ISIS. If looking at the map of Afghanistan, the Islamic State is located along the so-called Durand Line, which has never been recognized by Afghanistan.

And that is the stumbling block in relations between Afghanistan and Pakistan. As Pakistan insisted on division namely along this line, while Afghanistan rejected such decision, which had been imposed by the British. Afghanistan has never agreed upon it. It's a subject of national pride: we don't recognize the Durand Line, we haven't been brought to the knees.

The ISIS is situated in the provinces on both sides of the Durand Line, these are Nangarhar, Zabul. Taking into account compact settlement of the Daesh bases and towns which are under their control in the South Waziristan, and it means that in the territory of Pakistan, it may be called a certain habitat on both sides of the border.

So, the Durand Line, which was artificially made by the British, generates a terror threat?

Undoubtedly. The Taliban has been an inner Afghan movement genetically and historically. Nonetheless, the Taliban is widely represented in Pakistan today and they have settled in this frontier region. Pakistan provided a green street and has been a base for these preacher, their military, training and staff for more than two decades.

Thus, Pakistani statement on a threat which allegedly comes from the Afghan territory is a real demagogy. And there occur parallels with the US which uses the same rhetoric towards Afghanistan.

Namely the US has been a source and generator of instability in Afghanistan for many years, not allowing it to develop. Fortunately for the Americans, the ISIS occurred. It's a certain legitimization of what they do in Afghanistan - fight against terror. But the Daesh occurred two or three days ago, while Afghanistan has been under the US influence including military one since the beginning of the century. So it's quite strange to substantiate it with noble intentions to combat terrorism.

Even the previous Afghan leader Hamid Karzai (despite having been regarded as a puppet of the US) constantly insisted on necessity to stop bombardments, as they were striking against civil population. The US fight against terror has cost a lot for Afghanistan, these are hundreds of peaceful residents monthly.

Now Afghanistan is in a difficult situation, there exists dual power, which is deteriorated with absence of any chain of command, it's completely paralyzed in fact. Opposition of the president Ashraf Ghani and the PM Abdullah Abdullah has reached the climax. Now meetings between the president and PM are called as bilateral talks.

Because results of the presidential elections are quite doubtful when the victory was given to Ghani by the Americans despite it was Abdullah who won, as many believe. They divided power, but opposition is going on. And it hampers settlement of problems and generates a lot of new ones.