Where do US nuclear weapons travel from Turkey?

News reports about the United States withdrawing its nuclear weapons from Turkey raise a number of questions. First of all, one has to admit that this is a very serious matter, if it is true, of course, as it changes the balance of forces not only in the region - the Middle East, the Black Sea, the Caucasus - but also in the region where these weapons will be relocated. 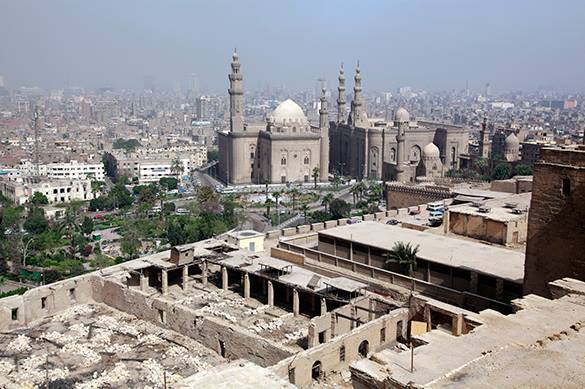 Let us assume that the Americans have indeed decided to redeploy nuclear weapons from Turkey. The first question is where to? It was reported that the recipient was Romania, but the authorities of the country refuted the information.

If not Romania, who is ready to accept US nuclear weapons both technically and politically?

In principle, any NATO country is. I do not think that there are considerable technical problems at this point. After all, it goes about tactical, rather than strategic weapons: aviation bombs, warheads for short-range missiles, artillery shells. Of course, all this requires special storage conditions, security and so on, but one does not have to build state-of-the-art constructions for the purpose.

In general, US weapons may find themselves anywhere in Europe - from Portugal to Bulgaria, Poland and the Baltic states.

Another question is: who in Europe would agree to this? After all, the Europeans  understand that the deployment of such weapons in Europe, especially in the vicinity of Russian borders, will lead to a reciprocal reaction from Moscow. Most likely, Russia will put the above-mentioned weapons on the list of targets for Russian missiles.

Some European politicians, especially from Eastern Europe, follow the principle "the worse - the better," when it comes to their relations with Russia. Yet, even most reckless European officials would not like to make their countries become targets for Russian missiles.

Thus, one shall assume that the final place of deployment of US weapons from Turkey will be kept secret from European countries in the first place. People do not need to know how "fortunate" they will become, if US nuclear weapons are deployed in their country. Needless to say that Washington has no habit of asking opinions or permission of its allies in such situations.

The next question is why the United States decided to withdraw these weapons from Turkey, and when the decision was made. Such activities require meticulous preparations. Even moving from one apartment to another does not occur spontaneously.

Scenario for Turkey, threat to Israel

Most likely, the plans for relocating weapons appeared a while back and did not appear as a reaction to recent events in Turkey. The attempted coup in Turkey could only give the plans an incentive. If this is the case, the withdrawal of nuclear weapons from the region is a part of a whole different game.

The first thing that attracts one's attention is the fact that after the withdrawal of US nuclear weapons, there will be no legitimate nuclear weapons left in the Middle East.

Iran has concluded a "nuclear deal" that excludes nuclear weapons for the country during the upcoming 15 years. One can not exclude the possibility that the withdrawal of US nuclear weapons from Turkey appears to be a part of the nuclear deal with Teheran.

Israel may find itself in a very difficult situation. Israel is de facto the only nuclear power in the region, but the country does not recognize the existence of its nuclear potential officially. At the same time, all Middle Eastern countries demand the region be declared a nuclear-free zone. Israel may thus be deprived of the possibility to ensure its own security.

In a nutshell, the withdrawal of US nuclear weapons from Turkey may produce a negative effect on its regional ally - Israel. Until recently, the Israelis could rely on the American "nuclear umbrella" at Turkey's Incirlik base. Now it's gone, and Israel will be forced to think about changing the status of its own nuclear weapons. It is no coincidence that Israeli Prime Minister Netanyahu was strongly opposed to the deal with Iran.

The fact that the actions of the Americans coincide with the complication of the state of domestic affairs in Turkey is also indicative. In particular, Washington may have already prepared a scenario of long-standing and thorough destabilization for Turkey. After all, Erdogan has not been able to solve one single problem that Turkey is facing. The scale of  repression that followed the attempted coup in Turkey demonstrates a very serious split in the Turkish society. Yet, the West - Europe and the United States - clearly demonstrate their unwillingness to help Erdogan.

The prospects of Turkey's destabilization, the growing concerns on the part of Israel against the background of terrorism and the ongoing war in Syria may pose a very serious challenge for Russia.