Why does the USA bomb Libya again?

US President Barack Obama personally ordered to strike ISIS terrorists on the territory of the Libyan city of Sirte. The destruction of ISIS facilities will help the Libyan government make a "strategic breakthrough," a representative of the US Department of Defense Peter Cook said. Not long ago, Obama acknowledged the military intervention in Libya was one of his most severe mistakes as president. Does he want to make another mistake or fix the previous one? Pravda.Ru conducted an interview on the subject with Yuri Zinin, a senior researcher at the Moscow State Institute for Foreign Relations. 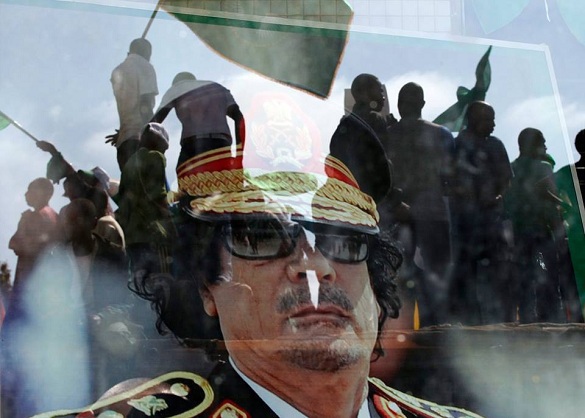 "US Barack Obama ordered to bomb Libya in the area of the city if Sirte. The Russian side has expressed a protest, as there was no sanction given from the UN Security Council. Why does Obama want to bomb Libya again even though he has recognized it his major mistake?"

"It appears to me that he wants to improve his image at the end of his presidency. He said recently that the USA should not have left Libya to the mercy of fate. He also acknowledged that the aftermath of the toppling of Colonel Gaddafi was different than it was expected. The Libyans were outraged as they have lost so many lives in the war already.

"After the toppling and killing of Muammar Gaddafi, the collapse of all structures, the country plunged into chaos and lawlessness. The power fell into the hands of insurgents, rebels and  revolutionaries, as they call themselves. This large country is home to only six million people. Libya is rich in oil, gas and other resources.

"After Gaddafi, the state of affairs in Libya has been rolling down the hill. Two years ago, three large conflicts led to numerous victims and triggered another civil war, this time between the victors, i.e. between Gaddafi's enemies, who had not been able to share power between themselves. Reportedly, there are 140 armed groups there and lots of weapons.

"The differences appeared after the elections of new MPs. They elected the new MPs, but the old ones refused to go. As a result, two parliaments and two governments were formed: one in Tripoli and the other in the east of the country, first in Benghazi and then in Tobruk.

"The UN recognized the new parliament and the government in Tobruk. Yet, the other government doesn't want to go. They started fighting, and the war embraced all of Libya. There was another powerful force - fanatic ISIS fighters, who were fighting against the previous two camps.

"The terrorists were based in Sirte - a city between Tobruk and Tripoli, completely isolated from them. Sirte is an oil refining and exporting center. Then came General Hefter, who was a supporter of Gaddafi. They made the Libyan revolution together, Hefter used to command Gaddafi's army. By the way, Hefter studied in the USSR.

"The operation failed, Hefter was captured and decided to terminate his relations with Gaddafi. He flew abroad and organized an opposition organization there. After Gaddafi was toppled, Hefter returned home. When the dispute between the two governments emerged, he led the military forces of the new Eastern government. Hefter became the head of the national Libyan army. He fights against ISIS and local Islamists in Tripoli.

"A number of attempts for reconciliation have been made. During the most recent conference in Morocco, they agreed to create the government of international consent. Eventually, they set up the centralized government chaired by Sarraj. The new government took a military base, but the sides are still fighting, even though they support this government. However, this government does not have troops. Sarraj's government is still very weak. Sarraj decided to seek assistance from the United States. The Americans complied with his request and struck Libya, although the targets of the new attacks are not clear."

"Will Libya ever recover?"

"For the time being, there are no signs to indicate any progress. The country is somehow alive, although many Libyans complain of shortages of food and water. Nearly six million Libyans live in cities. In the past, Libya was a nomadic country, but over the years of Gaddafi's rule, there were huge cities built there. Nearly three million live in Tripoli, almost two million live in Benghazi, and this is virtually the entire population of Libya. The elections in Libya have shown that parties can only set people against each other. Political parties used to be banned in Libya during the time of Mummer Gaddafi, because he knew where it could take the country to. All the parties that Libya has today are based on the tribal principle, they always accuse each other of aggressive actions and intentions."

"What can the Americans do in Libya then?"

"I do not know the answer to this question. When Sarraj said that he had asked the Americans for help, all others stood in opposition to him. They could not understand how it was at all possible to ask the Americans to bomb Libya at the time when the country is disintegrated and the government is illegitimate. This is total chaos. There is no centralized power, and the reconciliation process hardly brings any results."

"Does Russia now have an opportunity to return to Libya?"

"Russia used to operate in Libya through Gaddafi. Pro-Western people came to power after he was killed, but they soon realized that they still needed Russia. When the chairman of the Libyan Eastern government came to Moscow for two days last year, he said many warm words about cooperation with Russia. They do want to improve relations, but as long there is no stability in Libya, Russia will not send its people there. The Libyans invite Russia to come, but they can not guarantee security."