Interview with John Kiriakou: An Ex-CIA Agent Blows the Whistle on Torture

A former CIA agent, John Kiriakou spent two years in prison for blowing the whistle about the Intelligence Agency torture program against prisoners, "obsessed with the idea that al-Qaeda and Osama bin Laden would launch another attack against the United States," he says in this interview. 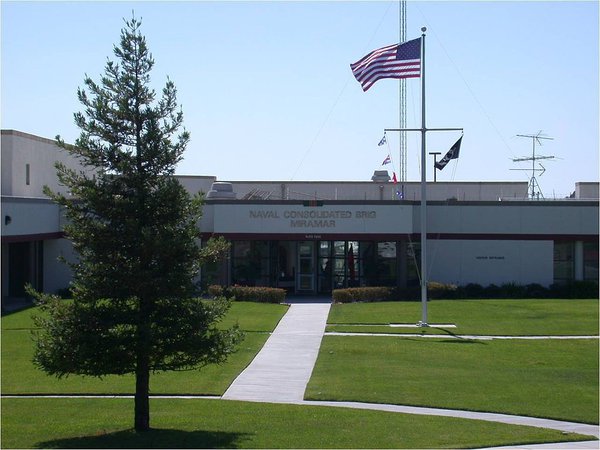 Since then, Kiriakou has lost almost everything: federal pension, house, friends, some family members - but never his dignity and bravery.

"I remained silent from 2002 until 2007. I decided finally to blow the whistle in December 2007 after President George W. Bush twice lied to the American people. He said first that the United States did not torture anybody," speaks out Kiriakou.

Co-author with Michael Ruby of the book The Reluctant Spy: My Secret Life in the CIA's War on Terror, published in 2009, John Kiriakou was honored with the January 2016 Patriot Award by The Bill of Rights Defense Committee and Defending Dissent Foundation.

"The Committee acknowledged Kiriakou for his three statements that would change both US national discourse and his life forevever: The CIA tortured prisoners, torture was the official policy of the United States, and President George W. Bush approved and signed off on the use of torture."

The Committee also declared that:

"Thanks to Kiriakou's courageous decision to tell the truth about the U.S.'s use of torture, as well as his work on intelligence and prison reform, he has helped to build exactly the kind of movements that are necessary to make intelligence and law enforcement agencies respect civil liberties. For this he receives January 2016 Patriot Award."

In 2015, PEN Center USA awarded Kiriakou the prestigious First Amendment Award. Enganged in stimulating and maintaining interest in the written word, fostering a vital literary culture, and defending freedom of expression domestically and internationally, PEN Center USA told John Kiriakou that they "are admirers of your bravery in the face of unspeakable adversity."

"The cost has been high, but I would do it all over again", John Kiriakou states in the following lines, pointing out, too, what has changed during the Obama regime on torture techniques: absolutely nothing.

Dear and admired John Kiriakou, I'd like to thank you so very much for this interview. It is a great honor for me. When PEN Center USA awarded you the First Amendment Award in November 2015, they said they "are admirers of your bravery in the face of unspeakable adversity." And that "Board and staff of PEN Center USA have followed your story with equal parts interest and shock. The stress of what you bore witness to during your time in the CIA, and the losses you've suffered as a result of your disclosures, is unfathomable. You join a group of patriotic whistleblowers who have our deepest respect ad admiration." Would you please, John, comment the unspeakable adversity and losses you've suffered?

I spent two years in prison, separated from my wife and five children. My legal bills were more than one million dollars. I lost my federal pension. I lost my house. My friends, former colleagues, and even some family members stopped speaking to me.

I still owe my lawyers $880,000. I can never work in government again. The government's goal is not necessarily to protect the information that the whistleblowers is revealing. The goal is to ruin the whistleblower personally, professionally, socially, and financially.

The cost has been high, but I would do it all over again.

No, neither my friends nor I have been threatened. But I was friends with a lot of people in the CIA and the FBI.

Many people in those organizations hate me because I blew the whistle on torture and so they cut me off. I am too controversial, and they don't want to look like they support what I did.


About the CIA tortures, why and how exactly were they achieved during your time at the Agency, and what role did you play in that?

I am proud to say that I never participated in the CIA's torture program in any way. I never took any action that resulted in the death of any person.

The reason that the CIA began torturing prisoners is that the CIA's leadership was obsessed with the idea that al-Qaeda and Osama bin Laden would launch another attack against the United States.

Bin Laden said this attack would come, and the CIA's leadership was ready to do anything to stop it. As a result, the CIA began a torture program to try to collect that information. They also created a system of secret prisons. And most prisoners eventually were sent to Guantanamo.

I am proud to have directed CIA counterterrorism operations in Pakistan after September 11. In that position, I led capture operations against dozens of al-Qaeda fighters who had escaped to Pakistan from Afghanistan.


How, John, could you be apart from torturing prisoners?

A senior CIA officer asked me if I wanted to be trained in the torture techniques. I said no. I said that I was against torture and that I didn't want any part of it.


When did you decide to blow the whistle?

I remained silent from 2002 until 2007. I decided finally to blow the whistle in December 2007 after President George W. Bush twice lied to the American people. He said first that the United States did not torture anybody.

A few days later he told the press that if there was torture, it was the result of a rogue CIA officer. This also was a lie. I knew that the CIA was torturing its prisoners, that torture was official CIA policy, and that the President personally approved of the torture.


In what ways President Barack Obama differs from former President George W. Bush on torture techniques, if there is any difference between them?

Honestly, I don't think there is any real difference between George W. Bush and Barack Obama.

On intelligence issues they are exactly the same.


Would you speak of your time in prison, and how is your life today, please?

Prison was very difficult, but mostly because the prison guards are uneducated, lazy, and cruel. I never had any problems with any prisoners. But I had a lot of problems with the guards, who did not like that I was very high-profile and that I continued to write a blog from prison. It made them very angry.

With that said, I made some real friends in prison, almost all of them from among the "Italians," who were from New York's five "families." I sat with the Italians, I ate with them, I socialized with them. Everybody knew that I was with the Italians, and so nobody ever bothered or challenged me.

I got home from prison on February 3, 2015. The adjustment was a difficult one, especially because I had to find a job that allowed me to provide for my family.

That was harder than I had expected, and so I had to patch together a new life writing, speaking, and teaching. But things are good now. I have just started a new job and for the first time in many years I feel like I have a bright future.


The US Inteligence community has been first protecting people or government? What must improve and/or be changed?

Everybody I ever worked with in the CIA believed in their hearts that they were protecting the American people. Don't forget how the September 11 attacks traumatized the country.

Bin Laden promised a bigger attack, and we thought it would come. There was never any discussion, ever, of protecting the "government" versus the "people."


How do you see, John, CIA failures to prevent the 9/11 attacks?

September 11 was, of course, the worst intelligence failure in the history of the United States. The CIA will never be able to change that.

But at the same time, it has to work to protect the American people while respecting human rights, civil rights, and civil liberties. It is not doing that. Security and freedom are not mutually exclusive. We can have both.

But without real oversight by Congress, the CIA will continue to do whatever it wants all around the world.


What do you think of the 9/11 official story? And, John, do you think there is any possibility that the 9/11 attacks could have been an inside job?

I believe the official story of 9/11 because I lived it. I saw the evidence. The United States was attacked by Osama bin Laden and al-Qaeda. Period.

There is no possibility that it was an inside job. This is just uninformed conspiracy theories.


How do you see the killing of Osama bin Laden, as US government never showed his body? And how do you see such a killing in the legal viewpoint as US Navy SEALs invaded Pakistan without any previous authorization by the local goverment, and even more: Bin Laden, who never claimed participation in the 9/11 attacks, on the contrary, he denied since that very day any participation on them, he was never carried into a court?

I disagree with you on this question. Osama bin Laden DID take responsibility for 9/11 in an interview with Aljazeerah. He planned it for years along with Khalid Sheikh Muhammad. He gloated over the death toll. He promised a bigger attack.

I have no reason to not believe the official story of bin Laden's death. Frankly, he deserved to die. I don't care if we got to see the body or not.

And I have not lost any sleep over the Navy SEALs activities inside Pakistan. The Pakistanis either were hiding bin Laden or were too stupid to know he was there. We had a job to do to find bin Laden. The Pakistanis were not helping us to do it. So we did it ourselves. The Pakistanis have no choice but to accept that.