Shall Russia take part in the war on monuments?

The intention of the Polish authorities to demolish almost all Soviet monuments in the country predictably triggered angered reactions in Russia, both among Russian officials and common people. Does Russia need to take adequate measures in return? 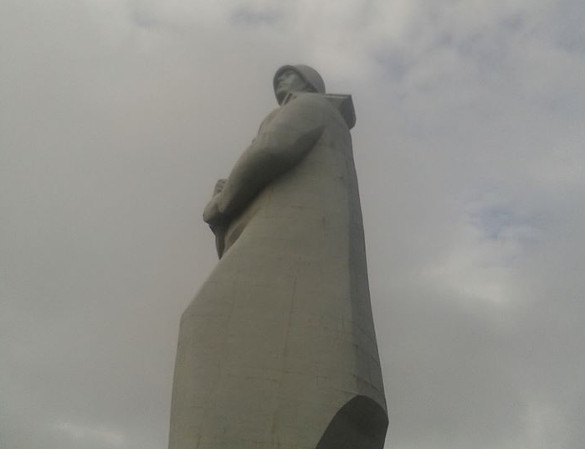 Poland intends to demolish about 500 monuments. The head of the Institute of National Remembrance Lukasz Kaminski said that the preservation of Soviet monuments was a consequence of incomplete transformations in Poland in the early 1990s. "It was a fatal mistake that for many years has been fueling propaganda and provocations against our country," he said.

At the same time, the memorials, under which the remains of Soviet soldiers are buried, would be taken under state protection, Kaminski added. Was there no need to protect war memorials before? To crown it all, Poland may decide to declare Soviet war memorials "a consequence of incomplete transformations" some time in the future too.

Polish officials found such a comparison offensive. Warsaw "provides full care and protection to the cemeteries, where Soviet soldiers are buried." "Therefore, the words about the alleged war against monuments have nothing to do with reality," officials with the Polish Foreign Ministry said.

Those were official comments. Unofficially, Russian people suggested doing the same for Poland - i.e. to destroy all Polish monuments in Russia, including the memorial in Katyn.

Pravda.Ru conducted an opinion poll among our readers to find out to which extent this point of view was popular. Judging from the response that we have received, most Russians do not support the idea of the war on monuments, although there are calls for revenge. Most people urged not to commit shameful acts that the Polish authorities give a serious consideration to.

Below you can take a look at the results of our poll:

- "Soviet monuments must be demolished. Katyn must not be touched" - 2.5 percent;

You can also take a look at the posts that appeared in Pravda.Ru groups in social media

Igor chezh: Why demolish? Why act like barbarians and savages? We are normal people. History, whatever it was, good or bad, is history and it can not be undone. One needs to know it.

natalija sergejeva: The fallen soldiers are not to blame for the insanity of current rulers.

Alexander Nesterov: Eye for an eye. This is the only way that they understand. Kind people are considered weak people.

Ostap Bender: Demolish, remove from textbooks, not mention in the media, juggle with facts and create an association "Polish Memory" in Poland...

Vitalij Prihodquotko: Personally, I am already fed up with what is happening in the world. Let them do what they want, but why destroy the monuments to people who saved you?

Tatyana Chernova: One should return monuments and graves of our soldiers from  Poland to Russia. God is the judge for the Poles!

Ilya Kosobutsky: Demolish your history just because someone doesn't like it? This is nonsense and idiocy !!!!!!!!!!!!!

Nur Lermi: No need to listen to a small Polish gang. Not all the Poles support the demolition of monuments.