Turkey has been living in hard times lately. During the presidency of Recep Erdogan, Turkey has undermined relations with its neighbors and major international players and ruined the long-standing friendship with Russia. What is worse, Turkey has become a target for terrorists. 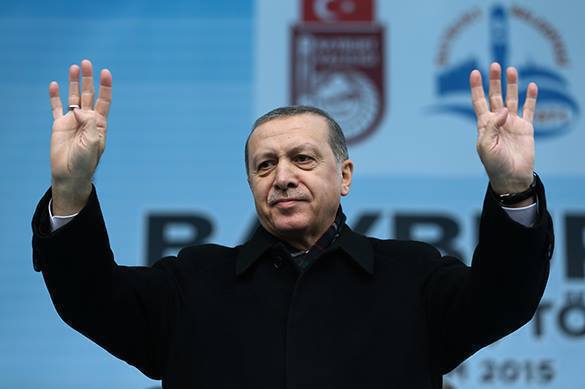 During the last few weeks, several large-scale terrorist attacks have occurred in Turkey. A powerful explosion in Ankara on February 17 claimed 28 lives. A suicide bomber detonated his bomb in Istanbul on March 19. The Turkish authorities have found themselves in a difficult situation, whereas common Turkish citizens are worried about their security more than ever before.

Do the recent terrorist attacks symbolize the growing discontent with the political course of President Erdogan? Who stands behind terrorism in Turkey?

Immediately after the terrorist attack in Ankara, Turkish Prime Minister Ahmet Davutoglu called on Russia to stop cooperation with the Syrian Kurdish Self-Defense Units (YPG) that were accused of conducting the attack in the Turkish capital. Otherwise, Davutoglu noted, Turkey would make Russia responsible for such attacks in the future.

The terrorist attack in Ankara was carried out by Salih Nejar, a member of YPG, that is officially considered to be a terrorist organization in Turkey. It was Turkey's Kurdish groups that officially claimed responsibility for the bombing.

The harsh comment from the Turkish prime minister most likely appeared against the backdrop of aggravated diplomatic relations between Moscow and Ankara. In addition, Syrian Kurdistan opened representative offices in Moscow in February 2016.

However, common sense excludes Russia's involvement in terrorist attacks in Turkey. The diplomatic relations between Russia and Kurdistan originate from many years of friendship between the Soviet Union and Kurdish minorities. Nowadays, the Kurds of Iraq, Syria and Turkey look in the direction of Washington, and the Syrian Kurdish YPG units are no exception. The Syrian Kurds are Washington's best allies in the struggle against the Islamic State.

With the coming of Recep Erdogan to power, Turkey's policy towards the Kurds has changed dramatically. The correct and diplomatic approach that Ahmet Davutoglu shared towards the Kurdish minority has turned into a rotten fruit in the hands of Erdogan. The Turkish doctrine of "zero problems with neighbors" that Davutoglu was propagandizing was the only hope for the country's democratic development and the establishment of relations with the Turkish Kurds.

The doctrine was to popularize the rights and freedoms of the Kurdish minority. Just a few years ago, the international community saw the Kurds sitting in the Turkish parliament, and the number of recognized Kurdish academics and scientists was constantly growing. The Kurdish language was also an officially recognized language along with the Turkish language. Yet, the good old days are gone.

Today, the repression of the Kurdish minority and Kurdish activists go beyond the reasonable. Since December 2015, the Turkish army forcibly expelled around 200,000 Kurds from their homes. The Turkish armed forces continue to use unprecedented violence against the Kurdish population under the banner of the fight against terrorism. Even the White House, Erdogan's last hope, is turning its back to the President of Turkey due to fierce anti-Kurdish policies of the Turkish President.

Erdogan wants to reform the entire parliamentary system of Turkey to make it a more authoritarian structure. This is the prime motive of Erdogan's policy. If successful, Erdogan will be able to gain even more power and become less vulnerable to parliamentary bodies.

However, all this makes Erdogan more responsible to his people. His violent and repressive methods may start a wave of protests across the whole country. Erdogan's tactic may mark the beginning of the end of his political career. The population of Turkey, a variety of cultures and religions, numerous ethnic minorities, will not tolerate any violence and discrimination against their people. Finally, can a leader stay in power for long by making references to Nazi Germany as an example of an effective state?