Russia is waging a psychological war against Sweden. This war is against both the Swedish administration and the society in general, a report from the Swedish Security Service SAPO (Säpo) said in 2015. In March 2014, SAPO said that Russia was getting ready for war with Sweden. SAPO provided "evidence" to prove its point - high demand for geographic maps of Sweden (!). 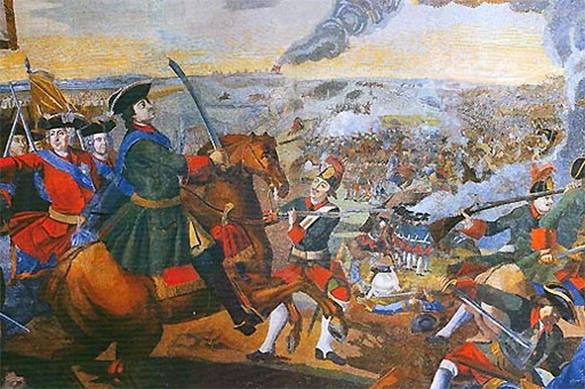 The report was published by the largest Swedish daily newspaper Dagens Nyheter. The author of the material, Mikael Holmström, wrote about the maps of Sweden that Russia was supposedly collecting in the very first paragraph. The purpose of the "analysis" is to create "hysteria about the Russian military threat."

According to Holmström and the SAPO report, Russia wants to show influence on decisions taken by politicians and public opinion not only in Sweden. The purpose can be achieved by supporting extremist movements, information inflows and disinformation campaigns.  To substantiate the point, the article refers to a fabricated letter from Swedish Defense Minister Peter Hultqvist that the Kremlin was supposedly disseminating through media.

In the letter, the minister congratulated Swedish company BAE Bofors on obtaining a Ukrainian order to supply artillery weapons. "Before the Swedish government rebutted the authenticity of the letter, its content had been repeatedly reproduced and commented upon in Swedish social media," Holmström said.

SAPO, according to him, also pointed out the direct connection between the official position of the Russian authorities and the "propaganda" in Sweden, because Russia and Sweden share  different official views about the war in Ukraine, the author notes.

In addition, the Swedish security police believes that Russia is trying to show influence on the foreign policy of the Scandinavian country. According to Holmström, Crimea's return to Russia became a major blow to democracy of the Swedish society. "Never before have the Swedish public authorities, such as the security police, designated Russia as the country responsible for what is happening. The Swedish society is strong, but it may still be exposed to influence from a foreign country to undermine public confidence in the authorities."

The report also says that 37 accredited Russian diplomats in Sweden work for Russian intelligence services. "It was established that they illegally collect information about the Swedish army, politics, economy, advanced technology, scientific research, as well as political immigrants. Russia's agents are a threat to both the civilian and military constituent of the Swedish society," Holmström quotes a report from another Swedish department - the Swedish Military Intelligence and Security Service (Must).

MUST claims with certainty that a foreign power was closely watching military drills, but MUST did not specify which foreign power it was exactly.

Thus, in addition to invisible planes that simulate nuclear attacks on Sweden and invisible submarines that collect intelligence information about the Swedish coast, we have invisible fighters of the invisible front that come to destabilize both the Swedish administration and the society.

Why do Belgium, Switzerland and Holland live quietly at the time when Sweden is fighting for the first place among psychopaths (along with Ukraine and the Baltic states)?

"First off, the Swedish society is split on the question of  NATO membership," Nikolai Mezhevich Professor of European Studies at the Department for International Relations at the St. Petersburg State University told Pravda.Ru.

According to the expert, along with a large group of supporters of Sweden's traditional neutrality of Sweden, there is a group of those who use the support of the United States, Great Britain, Denmark and Norway. "Those people have to find a threat - if not a Soviet, then a Russian one," the expert said.

In addition, Sweden has accepted the largest number of refugees (per 1,000 residents). Sweden has been reforming its economic model by cutting social benefits. In these circumstances, the Swedish authorities have to switch the public attention to an external enemy.

"In this sense, the Russian threat is a moth-eaten, but very an effective technology," the expert said.