South Sudan: Horrific violence, off the radar as usual

Women and girls are being treated as commodities, sex slaves and objects of torture. People are being burnt alive, hacked to pieces or gang raped, the most shocking examples of wanton violence the African continent has seen since NATO-backed terrorists swarmed into Libya's cities cutting the breasts off women in the streets. 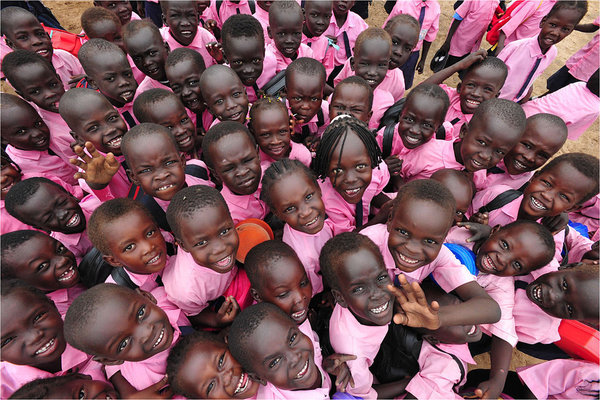 From April to September 2015, the Office of the United Nations High Commissioner for Human Rights (OHCHR) recorded 1,300 cases of rape in just one of South Sudan's ten States, the State of Unity, which is rich in oil. Zeid Ra'ad al-Hussein, the UN High Commissioner for Human Rights, stated: "The scale and types of sexual violence - primarily by Government SPLA forces and affiliated militia - are described in searing, devastating detail, as is the almost casual, yet calculated, attitude of those slaughtering civilians and destroying property and livelihoods."

The latest UN report on South Sudan speaks of acts of horrific violence in "searing detail" -people being burned alive, hacked into pieces with machetes, people suffocated in containers, shot, hanged from trees or else gang-raped. Worse, Zeid Ra'ad al-Hussein considers that the quantity of rapes reported is probably "a snapshot" of the total, as soldiers moved through villages raping all the women and girls they encountered. He also complained that one of the worst human rights cases in the world has been virtually "off the radar". One woman was tied to a tree and forced to watch her daughter being raped by ten soldiers, another was stripped naked and raped in front of her children, then taken into the bushes to be raped again and when she came back her children had disappeared. Children have been raped, maimed and kidnapped.

The report was drawn up by an assessment team sent to the world's newest country to document evidence, acting from October 2015 to January 2016. It denounces "attacks against civilians, rape and other crimes of sexual violence, arbitrary arrest and detention, abduction and deprivation of liberty, disappearance, including enforced disappearance, and attacks on UN personnel and peacekeeping facilities" from all parties.

War crimes and crimes against humanity

Every time an area changes hands, there is an attempt by the new invader to ethnically cleanse the region of all civilians.

In this country of 12 million inhabitants, around 70 languages are spoken. Under British rule, preference and power were given to the Moslem Northern Sudan over the Christian South and after independence in 1956, the first Sudanese Civil War saw the South gain autonomy under the Southern Sudan Autonomous Region settlement from 1972 to 1983. The second Civil War ensued and ended with the Comprehensive Peace Agreement in 2005. In 2011 a referendum enshrined South Sudan as an independent State when almost 99 per cent of the population voted to secede from Sudan.