The Canadian Court of Human Rights ruled that the federal government violates the rights of indigenous peoples of America who live in reservations. The government "does not provide them services for the protection of childhood, even though such services are used in other regions of the country." Canada celebrates justice, but the Indians do not agree. Their justice consists in the return of the rights on land that had been taken away from them. 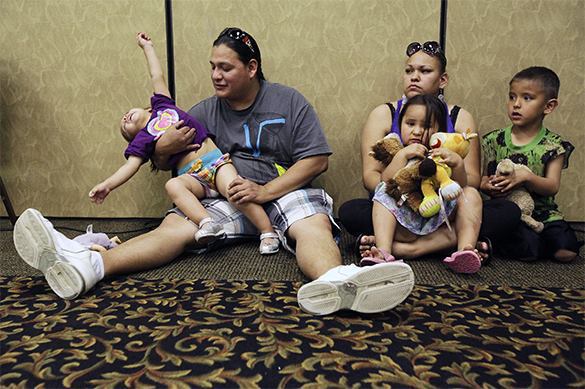 At present, the indigenous people of Canada represent nearly 600 tribes who speak 60 languages grouped into 12 different language families. According to the 2006 census, the number of Indians in Canada made up 732,520 people, or about 2.8 percent of the population of the country.

The court ruling was based on the report prepared by Truth and Reconciliation Commission to investigate crimes against the indigenous peoples of Canada. The report describes discrimination, harassment, violence, and underfunding of children's boarding schools and concludes that all this led to a "growing crisis" among indigenous youth.

It took the commission six years to prepare the report. The main conclusion of the work is as follows: more than 150,000 people had been taken away from indigenous peoples in 100 years, CBC News reports.

The children would be taken away from their families and placed in special boarding schools, where they would be undernourished and subjected to physical and sexual violence. Education was minimized. To crown it all, the children were forbidden to speak their native language and observe traditions.

The goal of such brutal practices was to forcibly assimilate the youngsters in the European-American society. The report said that more than 3,200 children died from diseases related to poor living conditions, although the actual number can be larger. In general, the actions of the government were referred to as "cultural genocide."

Is reconciliation possible between Indians and colonists?

Canada's newly elected Prime Minister Justin Trudeau officially apologized to the Indians. Trudeau promised to fulfill all 94 recommendations of the commission to improve the lives of the Indians.

Human rights activists demand compensations be made in the amount of $20,000 for each child who was taken from the family after 2006. This money should be spent on children's rehabilitation.

Let's count. According to the Statistics Canada, 78,325 children aged from 6 to 14 years were living in reservations in 2006 - two percent of all Canadian children of the same age. As a result, the compensation totals $1.566,000. This amount does not seem to be a burden for Canada, so one may deliver an emotional speech or two about the need for reconciliation.

What do the Indians think about reconciliation? According to them, one needs to dispel the myth of Canada as an Anglo-Saxon country. If there is no recognition of the rights of the indigenous population, there is no Canada, a person wrote on powlessathome. According to the author of the post, the indigenous people do not expect the Anglo-Saxons to leave their land. The native peoples will not leave their land either.