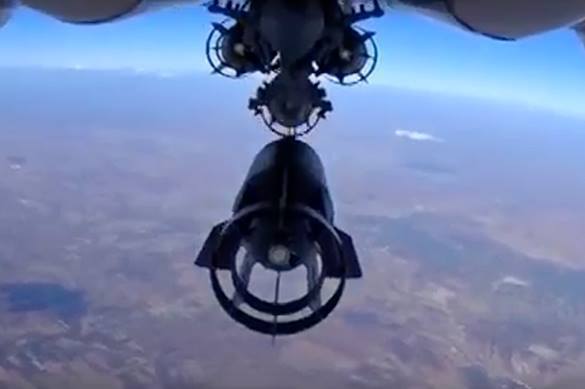 The ability to gain victory by changing and adapting according to the opponent is called genius. - Sun Tzu, The Art of War

Russia's two-month long battle against the Islamic State has proven fruitful and elevated her status as a champion against global terrorism, but while the country has much to celebrate militarily and economically, its successes eventually placed it at cross-purposes with a key strategic ally.

The "stab in the back" heard round the world-Turkey's surreptitious downing of a Russian SU-24 as it flew in Syria's northwestern Latakia province-not only cost pilot Oleg Peshkov his life and constituted a war crime under Article 51 of the UN Charter, but reveals Turkish President Tayyip Erdogan's ambivalent geopolitical ambitions. Turkey has become a servant of too many masters, forcing the ruling AKP in a predicament that it may not be able to control later.

On October 6, Reuters reported that "a MIG-29 fighter jet of unknown nationality and Syria-based missile systems 'interfered' with eight Turkish F-16 jets patrolling along the Syrian border", yet a Middle East Monitor article shifted focus on Ankara's concerns to a Russian Su-24 by stating that, in a press conference with NATO Secretary General Jens Stoltenberg, "the military did not specify the type of plane but Turkish presidential sources and the Russian Ministry of Defense identified the aircraft as a Russian SU-24". This created the perfect conditions for the Nov. 24 takedown of the Su-24, as the Syrian Arab Army commonly uses MIG-29 fighter jets, but Russia's Sukhoi-24 fighters could come under Ankara's crosshairs to escalate future provocations. In the article MEMO sources, they do not specify the type of planewhich caused the provocation.

The same day, in a London Guardian article, US Secretary of State John Kerry insinuated the possibility, where he "warned that the incident could have led to Turkey shooting down the Russian plane". Russia's Defence Ministry had already clarified that "an SU-30 fighter aircraft had entered Turkish airspace 'for a few seconds' on Saturday because of bad weather, adding that measures had been taken to prevent a repeat of such incidents". However, US Senate candidate Mark Dankof explained Kerry's ulterior motive in an Alwaght article, in which his "concerns about these alleged Russian incursions into Turkish airspace continue to divert public and world attention from what is absolutely obvious and that is that the military interventions of the United States in Syria have produced even worse results than they have in Libya, Iraq, Afghanistan or half a dozen other places where this type of thing has been attempted.".

After the fiasco, rather than immediately clarifying the TuAF's actions to Moscow or informing his counterpart, Erdogan called for an 'extraordinary meeting' to validate his actions. Additionally, Stoltenberg, not Russian FM Sergey Lavrov, revealed that NATO never made any efforts to contact Lavrov after discovering the event. "There has been contacts between Ankara and Moscow, Turkey and Russia but so far there has been no direct contact between NATO and Russia. But we have been in contact with Turkey, a NATO ally, which has directly been in contact with Russian authorities," Stoltenberg mentioned. This perplexing protocol gave NATO plenty of time to create its alibi, and Lavrov expressed NATO's enmity in a recent press conference. "At NATO's meeting yesterday, strange words concerning Russia's Su-24 jet tragedy were said. We received [sic] no condolences from NATO or the European Union," he said. Russian NATO envoy Alexander Grushko echoed these sentiments in a November 24th press release by stating, "[Stoltenberg] did not make a single hint of condemnation of the attack on our aircraft which did not pose and could not pose any threat to the security of Turkey and was in the airspace of Syria. There were no words of consolation or regret about casualties among the Russian crew who were performing their duties in the fight against terrorism. However, there are references to the implications of the military actions of the Russian Air Forces."

This 'betrayal' plays well into Ankara's twofold agenda: a pivot towards NATO and to preserve his Caliphate-building project in the MENA region. It serves as a warning to Russia for attacking its terrorist assets in Deir ez-Zor, but moreover, it informs NATO-and most importantly Washington-that it is better to shepherd Islamic State together than harbour bitter rivalries. Furthermore, Turkey's massacre and subsequent CIA cover-up of US-backed Kurdish PKK and YPG fighters, in addition to his control over the flow of European refugees, is another message to the West that he controls two of the world's greatest 'headaches'. Therefore, Turkey can coerce the West to turn a blind eye to his human rights violations and jihadi philanthropy (stealing Iraq oil) in exchange for increased bargaining on Kurdish militias and financial backing for Syrian refugees, as well as keeping tabs on Russia's anti-ISIS campaign.

Nevertheless, Turkey's extortionate relationship to both political spheres resembles a love triangle between the Eastern and Western blocs, and it capitalises on this greatly. Where there are disagreements on relations with the European Union, Turkey moves towards China by way of its ties to the Silk Road as it did in 2013. "There has been a structural transformation in Turkey's engagement with the EU, with the flow of EU investment funds decreasing in recent years and a declining share of EU countries in Turkish trade. In 2003, more than 55 percent of Turkey's trade was with EU countries; today only 40 percent is with the EU," a Transatlantic Academy paper mentioned. Although profitable, when Russia no longer supported Turkey's Ottoman agenda in Syria, it moved closer to NATO by dragging the security bloc into a potential world war. While in a sea of amorous advances between both parties, it cuckolded them both by its a history of state-sponsored terrorism abroad and crackdowns on dissent at home.

Turkey's placement in the Middle East also seeks to reinvigorate a power sharing agreement with Saudi Arabia, now that both finance Islamic State and are ethnically cleansing Yemenis and Kurds. This Sunni alliance mirrors the transatlantic Western powers of London, Washington, and the Vatican, with Riyadh in charge of religious affairs and oil distribution, the UAE in charge of economics, and Turkey at the helm of political dealings. This cooperative serves to triangulate Sunni and Wahhabi influence over the region, with Islamic State as the "knock-around guys" to any nation that refuses to submit to their agendas.

Nevertheless, Turkey's recent miscalculations, Saudis entanglements in Yemen, and Islamic State's wayward behaviour have disintegrated this power sharing agreement, and the Kremlin's retaliatory measures will certainly impact Turkey's future influence. Many bilateral agreements have been frozen, including the Turkish Stream pipeline, which was alreadyrerouted after the "Made in the USA" Ukrainian coup, the Akkuyu nuclear power plant (worth 20 bln USD), and numerousconstruction and energy projects. Visa-free entry has been suspended, and sanctions on Turkey's tourism sector. "[...] the Turkish Hoteliers Federation (TÜROFED), said last month the Turkish tourism industry is likely to close the year with at least $10 billion in losses," a Today's Zaman article highlighted, also mentioning the effects of continued EU sanctions. Further escalations could retract its participation in the Asia Infrastructure Investment Bank, where Saudi Arabia, UAE, and Iran are already members. Russia has already mulled the terms of new sanctions, which could severely shrink Turkey's fragile economy and significance.

Triangles are the way to operate in today's political world, and Russia has a few potential ones of its own. The growing Shi'a alliance between Iraq, Iran, and Syria is an excellent start, which forms a buffer zone against Islamic State and Saudi Arabia. All three countries have 'boots on the ground' and are cleaning up the mess of IS. In addition to Moscow's alliance with Tehran, Syria and Iraq's shared resentment towards Washington is perfect motivation to cooperate. This seamlessly fits in with Iran's near induction into the Shanghai Cooperation Organisation and role in combatting terrorism in Afghanistan; the birthplace of the CIA-trained Mujahideen. A Zerohedge article elaborated that, "time will tell if Russia decides to take a more active role in Afghanistan but [...] targets in the country are likely well within range of Moscow's Caspian Sea fleet which has launched a number of cruise missile strikes against ISIS positions in Syria". It continues that Iran "despises the Taliban and would likely be more than happy to assist in an operation to rout the group in Afghanistan just as they assisted [sic] the US in removing Mullah Omar from power." Economically, the power alliance has already been set into place via the AIIB, bypassing need for USD, which could completely ruin US-Iranian relations. This forms another triangle: the economic, military, and political benefits Tehran could use to elevate its status after neutralising its neighbour's security threats.

Conversely, Putin could benefit from another profitable alliance, although it is more far-fetched. Ideally, he could attempt to create a Sunni-led alliance between Afghanistan, Tajikistan, and Pakistan. All three have overwhelmingly Sunni demographics and share concern over terrorism; yet Tajikistan is the only official SCO member. Through careful coordination, there is a real possibility of sealing off further Takfiri interference, reducing dependency on Washington, and increasing military cooperation amongst both permanent and observatory SCO members. Additionally, due to Pakistan's pivot to the East after America's ignominious drone programme, Pakistan should use diplomacy with its Afghan and Indian neighbours to counter terrorism.

To date, Afghanistan has already requested Russia's assistance against the Taliban, and Pakistan's recent arms and bilateral agreements with Gazprom could help to secure its energy and security concerns. "There have been reports that Pakistan may purchase Mi-35 combat helicopters apart from directly importing the Klimov RD-93 engines from Russia rather than via China for its JF-17 multi-role fighters [...] Russian state-owned firm Rostekh Corporation is planning to build a 680 mile gas pipeline in Pakistan in 2017 at an estimated cost of $2.5 billion", a Diplomat article states. This would also insure that Islamic State's growing presence in Jammu and Kashmir does not trouble Mumbai, whom was recently attacked by insurgents in 2008 with implications of GHCQ and NSA opportunism. "The IS is a live threat that cannot be ignored. It is a cause of concern and we are monitoring it," stated Kashmir Lieutenant General Satish Dua.

Turkey's geopolitical missteps do not have to spell the end of Russo-Turkish relations, but it creates problems for Russia and China in the aftermath. Putin can simply grieve over his favourite O'Jays tune, put on his best suit, and focus on matters close to home. Furthermore, if Putin wants a more effective counterterrorism strategy, he should not overlook strengthening ties within South Asia, whom harbour real possibilities amongst his strongest triangle-the SCO, CSTO, and AIIB-all which are within his diplomatic control. If NATO countries continue to undermine Russia and China's growing dominance with more reckless actions such as these, they will inherit Turkey's baggage when it becomes a politically unstable, impoverished nation on its borders. We all know what happens to cheaters in the end. Meanwhile, for Russia, there are bigger fish in the sea; not across the Caspian, but right underneath its nose. In short, "don't chase her, replace her".