NATO should dump Turkey before it rebuilds Ottoman Empire

On November 25, Russia sent the most powerful vessel of the Black Sea Navy  - the Moskva cruiser - to the coastal area of Syria's Latakia Province. The cruiser is equipped with Fort air defense system that is similar to Russia's renowned S-300 anti-aircraft complex. Soon afterwards, Turkey sent two of its submarines - Dolunay and Burakreis - to the same area to watch the Russian vessel. 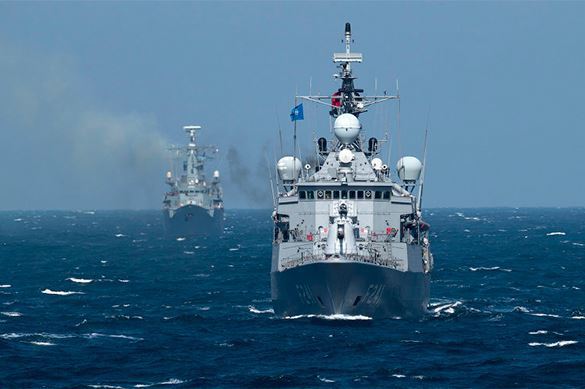 How should Russia react and what consequences this may entail? Pravda.Ru asked an expert opinion from military expert, former Deputy Commander of the Joint Group in the North Caucasus, Boris Podoprigora.

"Let's proceed from the fact that no one needs the apocalyptic scenario. Most likely, this is a part of psychological warfare - Turkey and NATO are putting military pressure on Russia in an attempt to see how Russia will react," the expert said.

According to the expert, Russia should not lose heart in this situation, nor should we fall into provocations. "We have clearly announced our stance on Syria, and we are conducting the operations that do not come across official opposition from the anti-ISIS coalition of the West. In a nutshell, we are on the right side. At the same time, we are aware of the fact that the anti-ISIS coalition consists of the partners that Russia is not friendly with. Russia must keep its eyes open. This is all that one can think of from the point of view of common sense," Boris Podoprigora told Pravda.Ru.

Noteworthy, retired US Major General Paul Vallely said that Turkey's attack on the Russian military plane was not connected with the efforts of the Turkish authorities to defend Turkey's borders. Turkey shot the Russian plane down to show everyone that the country is the dominant force in the region.

According to Vallely, the attack on the Russian plane was of purely provocative character. As long as Turkey pursues the status of a regional leader, the country may take such steps in the future, he said.

The incident with the Russian aircraft has also shown that Turkey is not going to coordinate its actions with NATO, and this is the line that Ankara has been sticking to for a long time, Paul Vallely said.

According to the retired military man, Turkey is trying to establish the Ottoman Empire again. Turkey has been following its own interests for quite a while, disregarding both Russia and NATO, the general said.

NATO should exclude Turkey from NATO because Ankara refuses to help in the fight against the Islamic State, Paul Vallely said. Turkey cooperates with NATO when the country needs to achieve its own objectives., he added.

On November 24, a Turkish military aircraft attacked the Russian Su-24, as the Russian plane was returning from a mission to the Russian air base in Syria. The Turkish authorities claimed that Russian aircraft had violated Turkey's airspace. However, the Russian Defense Ministry stressed out that the Su-24 was shot down in the skies over Syria. The incident ended with the death of one of the parachuting pilots and a Russian marine, who took part in the operation to rescue the Russian pilots. Turkey refused to even apologize for the incident.