Refugee crisis in Europe to spark another war in the Balkans

German Chancellor Angela Merkel stated that the decisions of EU member states to close their borders for migrants could spark a war in the Balkans. "I do not want it to lead to military clashes,"  said Merkel, speaking at a conference in Darmstadt. What contradictions was Merkel speaking about? Are there big problems in the Balkans that may start a war in the region? Pravda.Ru asked an expert opinion from Georgy Engelhardt, a researcher at the Institute of Slavic Studies. 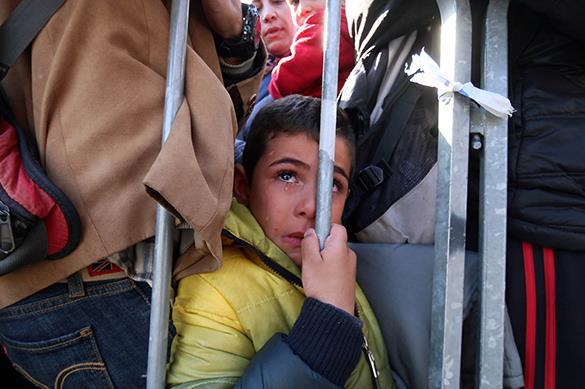 According to him, the statement from the German Chancellor was addressed to German and European audiences. Europe needs to make specific decisions to extricate from the migration crisis.

"Merkel resorted to making a threat in her statement, to add weight to her words. Serbia has been  trying to direct the flow of refugees to its neighbor Croatia, and Croatia closes its borders in response and shower Belgrade with various statements," said Georgy Engelhardt, noting that this leads to a crisis in the relations between the two countries.

According to the expert, there are tensions in the Balkans. "However, it would be an exaggeration to say that the tensions have developed to the point when armed clashes could be possible. At the same time, if the flow of migrants does not stop, and if Europeans do not find a solution to the crisis, this may lead to very serious consequences," the researcher told Pravda.Ru.

Meanwhile, protests against the policy of open doors has been gathering pace in Germany. The PEGIDA movement ("European Patriots against the Islamization of the Old World") holds mass rallies in Dresden and other German cities. Government media accuse PEGIDA leaders of the revival of Hitlerism. Georgy Engelhardt noted that such a problem exists: European politicians are unable to handle the refugee crisis. Instead of looking for solutions, they put their energy in media propaganda.

"European officials want Europeans to take refugees. They urge European people to show their humanity and support. They want the people of Europe to accept the idea of refugees living next door to them. These ideas can be heard in absolutely all media channels. Yet, the discontent of the population is growing. Those who say no to such suggestions face accusations of neo-Nazism. This is a very serious accusation in Germany that makes it possible to remove a political rival. If a German political activist is called an admirer of Hitler, this person will not have career in politics," the expert told Pravda.Ru.

Meanwhile, an official representative of the German Ministry for Internal Affairs told reporters on November 5 that over the last ten months of 2015, 758,000 refugees have entered Germany (181,000 of them came to Germany in October).