North Korea is one of the most secluded countries in the world. The political regime in the country is a defensive reaction from hostile external forces. Pravda.Ru conducted an interview about the current state of affairs in the Democratic People's Republic of North Korea with Director of the Center for Korean Studies, Alexander Zhebin. 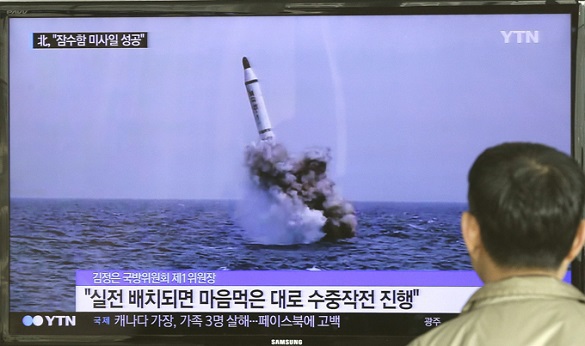 "It has been reported recently that secret services of South Korea and the US are plotting a provocation against North Korea. Is it really so? How trustworthy can this information be?"

"It's difficult to say how serious and advanced these plans can be. However, the United States and South Korea indeed work on the plans to occupy North Korea."

"The international community believes that North Korea has nuclear weapons. The UN Security Council adopted several resolutions that put North Korea under very tough economic and other sanctions for its nuclear tests.

"With regard to missile weapons, North Korea launched its own satellite in December 2012, although the country was not allowed to, under UN Security Council resolutions that prohibit any launches with the use of ballistic technology.

"North Korea disagrees with this, saying that it has a full right for such launches. Yet, South Korea, the United States and Japan believe that under the guise of satellite launches, North Korea is testing the technology of intercontinental ballistic missiles.

"A ballistic missile, as you know, has to fly from seven to eight thousand kilometers and land in a strictly specified area to deliver a nuclear warhead there. Pentagon officials said that North Korea had not conducted one single successful test of such a missile. North Koreans did launch a satellite into space, but space technology can also be used to build an ICBM."

"Is there a point of contact between North and South Koreas?"

"There are common grounds, yes. The first one was found in 1972, when the North and the South met and worked out principles of unification. Firstly, it was supposed to be done peacefully, without external interference. It took about twenty years to sort everything out.

"In 1991, the prime ministers of North and South Koreas met to conclude an agreement on cooperation between the two Koreas. Yet, the Americans accused North Korea of ​​developing nuclear weapons at that time, and the implementation of the agreement was delayed for almost a decade.

Also read: If North Korea strikes, the world will shudder

"After liberal democratic presidents came to power in the South, such as Kim Dae-jung and Roh Moo-hyun, the parties could find conditions for cooperations. A high-level meeting between the leaders of the North and the South took place for the first time."

"How high is the level of patriotism in North Korea? Do people really believe in a brighter future, the Juche idea, and so on?"

"The thing is that the North Koreans see themselves as the real, true Koreans. In the South, the influence of the United States is strong. In North Korea, there are no borrowings from the English language. In the South, people often use such borrowings in their everyday speech. The Northerners are constantly accusing the Southerners of being too dependent on the United States. The North claims that the South can not live without US troops. The Northerners insist the problem of unification is an internal matter of the two Koreas. The Southerners say that the Americans are the main guarantee of their existence and survival. They refer to the experience of the Korean War, when the North Koreans quickly captured almost the entire Korean Peninsula, leaving a tiny beachhead at Pusan. It was the landing of American troops at Inchon that saved South Korea from complete destruction.

"Many experts, including Western ones, admit that the North has proved to be a surprisingly stable region. North Korea carefully studied the mistakes that were committed by the leaders of the former socialist countries in Eastern Europe. They have done a lot to ensure the unity of the leadership, because any revolution begins from top. Secondly, they ensured a minimum standard of living for the population to exclude massive riots. Yet, the state of affairs in the economy of the North remains hard.

"After the break up of the Soviet Union, North Korea lost the key trade and economic partner. The USSR used to take 60-70 per cent in the foreign trade of North Korea. The military and political ally of North Korea disappeared as well. Russia's current agreement with North Korea does not contain an article about military assistance. However, I have to say that our relations have noticeably brightened during the recent years."

"Do you think a color revolution in North Korea is possible?"

"There is no indication that it can be possible. During the time of Kim Il Sung, the North Korean leadership was carefully studying why communists, workers and socialist parties were removed from power in Eastern Europe, and why some others were destroyed, for example, Ceausescu. In North Korea, the leader is more than just a person. This is a person that concentrates power in his hands and has a sacred aura around him. It must never occur to North Koreans that their leader can be killed or somehow removed.

"During the political killings of Swedish Prime Minister Olof Palme and Indira Gandhi of India in the 1980s, North Korean media said that those leaders suddenly passed away. The maintenance of social stability has helped North Korea survive despite all the difficulties that the country has been facing after the collapse of the USSR.

"Russia is not interested in the appearance of nuclear powers anywhere near its borders, whether it is North Korea, Iran or Finland. It will not improve Russia's security. We understand that North Korea took such measures for security reasons, to protect itself from external influence. During the conflicts in Yugoslavia and then in Iraq and Libya, neither the United Nations nor the UN Security Council could prevent a unilateral action or unilateral interpretation of resolutions. Sovereign states were subject to invasion, and their leaders were killed without trial."