Why not sell Donbass to Russia?

It appears that there is no end to the crisis in the Donbass, although it is possible to solve the problem of the region by economic means. Not that long ago, members of the German Bundestag offered Greece to sell its islands to repay the debt. This brings up an interesting idea. Russia is Ukraine's prime state creditor. Therefore, if Ukraine is going to declare default, why not sell the Donbass to Russia? 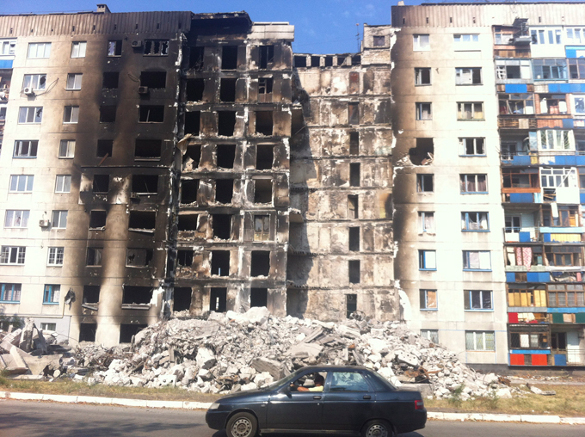 "The problem is that Ukraine's budget for 2015 does not stipulate the payment of interest on that debt. On this basis, we have made a preliminary conclusion that Ukraine is not going to service that debt, even though the time for the payment of the debt comes in late 2015," said Sergei Ivanov. As long as Ukraine does not service the debt, it means that it is not going to pay the basic debt either, the official said.

In turn, Russian Finance Minister Anton Siluanov said that Ukraine violated the terms of Russia's three-billion-dollar loan, because the nation's public debt exceed 60 percent of GDP. Therefore, Moscow has every reason to demand Kiev should repay the debt early, but the decision is still pending.

The relations between Greece and Germany have worsened considerably in light of the Greek debt problems and budget deficits. The Germans fear that they would have to pull Athens out of the debt pit at their own expense. Berlin shows nervous reactions to suggestions of financial help to Greece. Instead, Germany prefers to teach the Greeks how to tighten their belts properly, Bild newspaper wrote.

One can apply the Greece-Germany situation to the Russia-Ukraine one. Kiev wants to get rid of the "separatist regions" and save face at the same time. After all, Poroshenko offered Putin to "take Donbass" in one of his conversations with the Russian president. The West does not mind. Ukraine needs to change the rhetoric.

Here is another opinion by Ivan Yakovina for "The New Time." The journalist believes that Ukraine will be able to defeat Putin by giving the Donbass away. "Ukraine has found itself involved in a game that is being played by Russia's rules. Kiev reacts exactly as was expected: it still loses people and money against the backdrop of patriotic and bellicose calls.

The author suggests Ukraine should recognize the territory of the People's Republics of Donetsk and Luhansk as "Russia-occupied" territories, thus bidding farewell to the Ukrainian sovereignty over the Donbass.

The structure of the Ukrainian national debt means that the financial collapse is near. The West does not give any money to the troubled country. Prime Minister Yatsenyuk goes to the USA and Canada, but he returns empty-handed. The EU is too much preoccupied with Greece. Ukraine is absolutely incapable of repaying the debt on its own. The structure of Ukraine's international reserves remains poor: little gold, little currencies and about 70 percent of illiquid assets - securities.

Where can Ukraine take the money from? Until recently, Ukraine was borrowing from Russia. During the last 20 years, Ukraine has invested as much as 200 billion dollars in the Ukrainian economy, the head of the Ministry for Economic Development, Alexei Ulyukayev said.

Of course, many people may object for two reasons. First of all, many will say that the Donbass is not a bargaining chip, and selling the Donbass to Russia would be utterly humiliating to Ukraine. Some others may say that Russia does not need to pay anything for the ruined Donbass - this is Ukraine's problem.

Meanwhile, the people of the Donbass want to live in peace. They do not want to die. What do they think of the question of price?