Spain frowns while telling of its role in exposing "one of the biggest mafias of the world" that includes people from Putin's team. However, the "sensation" that appeared in influential American publications and homegrown liberal media, has not touched the hearts of "target audienceas." 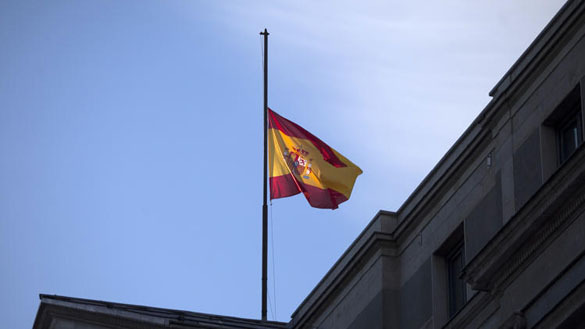 Spanish anti-corruption prosecutors have been investigating the activities of Russian citizens Gennady Petrov and Alexander Malyshev for ten years. The two men are said to be the leaders of the so-called "Tambov mafia" that was operating in Russia in the early 1990s. Now the case has finally been sent to court.

Petrov's mafia, the newspaper says, "penetrated into power structure of its country." The case is being presented as a triumph of Spanish justice to expose the terrible "Russian Mafia." The newspaper flaunts with catchwords such as 'autoritievti' (spelling preserved), uses many Russian names and claims to have profound knowledge of Russian realities. However, the newspaper does not know that Anatoly Serdyukov was removed from the position of the defense minister two years ago. The article in the above-mentioned newspaper is nothing but an order to reach target audiences in Russia, rather than in the West.

According to Spanish investigators, Petrov's "criminal network" included State Duma deputy Vladislav Reznik, current chairman of the board of directors of Gazprom Viktor Zubkov (formerly a Prime Minister), former Minister of Economic Development, presently Chairman of Sberbank German Gref, the owner of Evraz Holding, Alexander Abramov, partners in the Ural Mining and Metallurgical Company (UMMC), Oleg Deripaska and Iskander Makhmudov, and many others.

The newspaper uses the word "possibly" many times when describing the committed criminal actions. Spanish investigators can think well for others.

Gennady Petrov migrated to Spain in 1996, where he started, according to the indictment, money-laundering activities through his "network." It was found that the accumulated capital amounted to more than 50 million euros.

The purpose of publishing such information is to connect criminal circles and Russian authorities. They want to make Putin nervous. A Newsweek article is indicative at this point: "Putin Meets Economic Collapse With Purges, Broken Promises" the article headline says.

"...Putin must be aware that the threat of a coalition of disgruntled officials and powerbrokers-aiming to restore their prosperity-grows daily." Peter Sattler wrote.

"With no intention of being deposed in a palace coup, Putin has gone on the offensive, striking the Russian political elite off-balance through mass dismissals and early elections. This threatens to disrupt established patronage networks and political stability across Russia," the author continues.

This is the moment of transition from discontent to rebellion of the masses. There will not be any rebellion, because sensible Russians understand the absurdity of the fabricated case. These tricks do not work in Russia.

The West does not understand the psychology of the Russian people. An attempt to demonize the Russian president by including him in virtual mafia is hopeless. In the West, the technology was used to swiftly remove Dominique Strauss-Kahn and Silvio Berlusconi from the list of candidates for top official positions.

"The Tambov mafia group was nothing unique. It was gang of the 1990s in Russia, - Yevgeny Lobachev, FSB retired Major-General told Pravda.Ru. - Moreover, one should question everything related to that wiretapping 50 or 60 times.

"I know some of those people mentioned in person, and I assure you that they had absolutely nothing to do with the Tambov criminal group even during the worst times of the 1990s. Everything that we can see happening now is nothing but a PR campaign to discredit Putin."

Russian mafia most powerful in the world