Pravda.Ru conducted an interview with political observer of International Affairs Journal Sergei Filatov. The interview was presumably dedicated to the first anniversary of Russia's reunification with Crimea. Sergei Filatov spoke about the plans of NATO and Yatsenyuk to build a military base in Crimea; he also shared his ideas of why Ukraine is doomed as a nation and what price Novorossiya will have to pay for its independence. 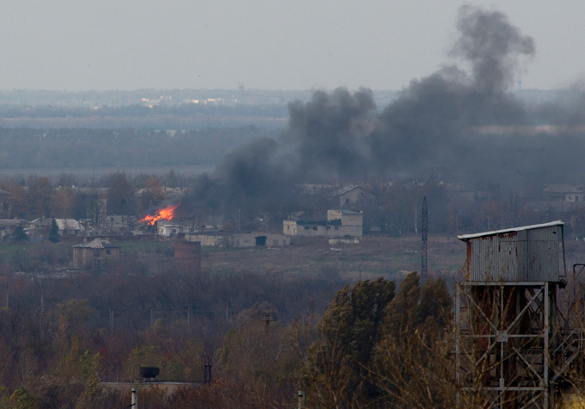 "One year of Russia's reunification with Crimea has become a truly national holiday. What are the main results of this event?"

"Crimea has convincingly proved to be a Russian territory. It has the Russian spirit. I was at the referendum in Sevastopol and Simferopol a year ago. I felt so much inspiration there - it could not be compared to anything else. It was a fantastic feeling of being Russian!

"My friends in Crimea said that the last time when there was so much joy was the Victory Day on May 9 in 1945 - this is what the elderly people told them. People would kiss ballots at polling stations and cross them before dropping the papers in urns. So many people would hug and congratulate each other in the streets. This is what Crimea was like a year ago.

Also read: Crimea ready to live without water only to be with Russia

"The geopolitical significance of the event is immense. If Crimea had not returned to Russia, NATO forces, primarily American ones, would have appeared on the peninsula already in May. The next move would be to oust the Russian naval base from Sevastopol.

"This is what the Americans wanted to do before Poroshenko was elected. The Crimean referendum was first scheduled for mid-May, to coincide with the day of the presidential election. Then they realized that one had to do it urgently. First, they rescheduled the date for April and then on March 16. Everything was done very quickly. I flew to Crimea on March 12. The situation was extremely tense there, everyone was expecting armed provocations to occur.

"Look at the Donbass, remember the Odessa massacre on May 2. The bloodless and victimless reunification of Russia and Crimea was an enormous achievement. So many lives have been saved. Who knows how many people would have been killed if that had not happened. Right Sector extremists were sending "friendship trains" to the Crimea in February.

After the collapse of the USSR, Ukraine had three views for the future. Crimea always wanted to go home to Russia. The western part of the country wanted to go to Europe. The southeastern part, the left bank of the Dnieper River, wanted to be independent on both Kiev and Russia. The Donbass would work for about 30 percent of Ukraine's GDP. In the west of Ukraine, there is no industry - this part of the country does not contribute anything to Ukraine's GDP. In fact, the Donbass was feeding all of Ukraine, but the west of Ukraine would call residents of Donbass disgusting names. As a result, the conflict evolved into a civil war."

"Why didn't the Russian Federation offer the Donbass to become a part of the Russian territory?"

"This is impossible. Ukraine is a 42 million strong nation. Approximately a half of them is eager to join Europe. The other half does not want that. They would have started shooting from every corner. Let them settle that themselves. The east wanted independence, but independence costs a lot. Today, they give their lives for that, but I am not sure what kind of independence they will get. It will either be the new federative Ukraine or independent Novorossiya. Time will show.

"If Russia had deployed troops in Ukraine, the conflict would have lasted for a hundred years. In the beginning of the conflict, many readers of my blog, including from Ukraine, were asking: "Where are the Russians? Why can't they help?" I would tell them: "You have to do it yourselves. Do you want Russian soldiers fight and die for your lives while you sit at home, watch TV and drink beer?"

"As for Crimea, there was an option to proceed on the example of South Ossetia and Abkhazia - not to make Crimea a part of Russia that is. Why did Russia want to to have Crimea back as its territory?"

"During the referendum in Crimea I did not have the feeling that Crimea and Sevastopol would become a part of Russia just two days later. Yet, the vast majority  of people wanted to return to Russia. It was a fantastic atmosphere: we're going home. That was the key phrase of those days: We're going home.

"Moscow reacted instantly. I assumed that there would be some transition period. Yet, the decision was made as soon as Moscow had seen how it all went in Crimea. Everyone wanted to go home. Russia also showed the unanimous support for the reunification with Crimea.

"Of course, there are other opinions. Young people aged over 20, unfortunately, live in a way that doesn't have any purpose or meaning. For them, prices on certain goods are much more important than the fate of their nation. I believe that the return of Crimea will trigger the process to bring back life values and understanding of patriotism.

"Today is the time of crisis, but some day it will end. It's all cyclical."

"But it is harder today than it was during the 1990s, after the collapse of the Soviet Union. Russia is likely to be disconnected from the world electronic financial system."

"SWIFT has recently invited a Russian representative to its Board of Directors. Secondly, China is creating an alternative system, which Russia is going to be a part of. Western countries will join it too.

"If we look at Crimea in isolation from other processes in the world, we will not see anything. The entire southern part of Eurasia is on fire. The situation is unstable in the two Koreas, on the disputed islands in the South China Sea, in Hong Kong, Myanmar, Afghanistan, Iran, then there is the Islamic State, the Palestinian-Israeli conflict, the Caucasus, Libya, Transnistria and Ukraine. There are conflicts practically everywhere.

"There are some positive trends. In mid-summer, a summit of two giant global organizations will take place in the city of Ufa. They are the Shanghai Cooperation Organization (includes Russia, China and some countries in Central Asia) and BRICS (Brazil, Russia, India, China, South Africa). The Shanghai Cooperation  Organization will consider accepting new members, such as India, Pakistan, Turkey and Iran. Can you imagine how strong the power of the Eurasian countries will be? This is the first time in history when we can see it happening."

"What were the messages that Putin sent to the West in the Crimea documentary?"

"Putin is telling the truth. This is an amazing time that we live in that manifests everything. The diplomatic and international political language has become open. In the past, diplomats would speak abstract phrases. But today, Sergei Lavrov speaks straightforwardly. The West says that Russia lives under the pressure of sanctions and isolation. Yet, more than half of humanity support Russia. EU countries lose 21 billion euro because of their own sanctions against Russia. Noteworthy, the trade turnover between the initiators of the sanctions - the United States and Russia - has grown by seven percent. With Europe, it has fallen sharply."

"Mainly owing to the sales of aviation technology. The Americans sell their Boeing planes to Russia. We sell them Russian engines for heavy rockets. It's easy to check the story of USA's lunar mission, by the way. Let's assume that the Americans had the technology to send a rocket to the Moon, then where did that rocket go? Where are those powerful engines? No one makes them anymore or what? It appears that the Americans need the sanctions against Russia to tell their audiences how they can punish Russia. The impression is that the sanctions they need only to tell his audience how we punish Russia."