Pravda.Ru conducted an interview with Dr. Alon Ben Meir, a Professor and Senior Fellow at New York University's Center for Global Affairs and Senior Fellow at the World Policy Institute. Dr. Ben-Meir is an expert on Middle East politics and affairs, specializing in international negotiations and conflict resolution. We spoke to Sr. Alon Ben Meir about the war of sanctions that the West started against Russia a year ago. 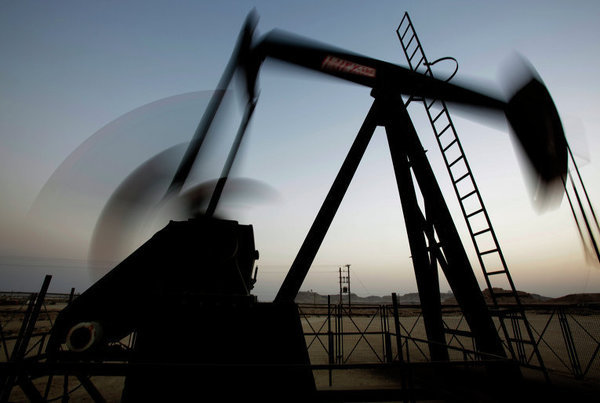 Which objectives have been set and have they been achieved?

There is no question that the main objective was to pressure President Putin to bring an end to the incursion of pro-Russian rebels into Eastern Ukraine, where they have captured significant swaths of territory.

Although recent Western displeasure with Russia began after Russia reunited with Crimea, the growing opposition to Russia by the US and the EU is related mostly to the continuing stream of rebels from the Russian side. Certainly the sanctions in and of themselves did not achieve their main objective (to pressure Putin to withdraw his support of the rebels). That said, many officials share the view that the continuing sanctions have inhibited the Russian government from annexing more Ukrainian territory. The logical conclusion, as seen in the West, is to impose more sanctions-not only to the hurt the Russian economy, but to further isolate Russia until Putin relents, which include strict adherence to the ceasefire and a show of genuine good-will to bring an end to the conflict. It should be noted that the US fully appreciates Russia's collaborative role in other areas, such as the negotiations with Iran, and as a result the US prefers a political solution without humiliating Putin.

Some experts believe that the reason of economic crisis in Russia are not about the Western sanctions, but the decrease in oil price. What do you think?

It is doubtless that while Western sanctions continue to tax the Russian economy, the fall in oil prices has further aggravated Russia's economic crisis. Needless to say, being that Russia's main export is oil and gas (which represent roughly 70 percent of its foreign trade), the fact that Russia did not diversify its exports to include thousands of house-hold commodities and equipment means the economic crisis would not have been as severe as it is. It was obvious to many in the West that Russia's "oil foreign policy" was always risky, and its heavy reliance on energy exports was and still is unsustainable. This explains why the drop in oil prices has had a greater impact on Russia than other oil-producing nations, even Iran.

It should be emphasized that because of new discoveries of oil and gas in the Americas, the Middle East, North Africa, and elsewhere (which made the US, for example, a net exporter), it is  unlikely the price of oil and gas will increase in the foreseeable future $10 --15 more a barrel than the current price, unless a major conflagration erupts in the Middle East or in Europe. That is, the likelihood that the price of oil remains depressed will certainly have a major impact on policy makers everywhere, especially in the large oil-producing countries like Russia, to carefully reassess their domestic economic development programs, trade, and foreign relations.

Is it an organized act by the US and Saudi Arabia? If it is so, then Obama deliberately endangered the shale miracle in the US, didn't he?

Personally, I believe that if the US and Saudi Arabia had "conspired" to drop oil prices, it would have been directed more toward Iran rather than Russia, as the US is seeking greater leverage in the ongoing negotiations over Iran's nuclear program. As such, a substantial reduction in the price of oil would make the lifting of sanctions on Iran all the more critical. The logic is that the greater the economic pain, the greater the flexibility Tehran will have to show.

Thus, from what I know, Russia is not the target and there is no conspiracy. The reason why Saudi Arabia kept the price of oil down is largely motivated by its fear of Iran's regional ambition to become the region's hegemon, especially if it were to become a nuclear power. Furthermore, the Saudis believe that should Iran end up acquiring nuclear weapons, it will be in a position to intimidate Saudi Arabia and other Gulf States in its battle between the Sunnis and the Shiites in Iraq and elsewhere.

Saudi Arabia has huge foreign currency reserves (estimated at one trillion) and unlike Iran, the Saudis will not suffer economically in spite of the fact that the Saudis stand to lose billions of dollars.

So, what is needed for the oil price starting to rise at last? Tyler Durden  believes that it is Putin who should surrender Bashar al-Assad, who does not give permission for gas pipeline installation from Qatar to Europe.

No country wants to see the entire collapse of oil prices only to crush Russia. Thus, the entire issue regarding permission to build a pipeline is secondary given the upheaval in the region, especially in Syria and Iraq-so the notion of a pipeline is off the charts. One thing that can be extremely helpful to ease the tension between the US and Russia is a full cooperation to end the civil war in Syria by persuading Assad to change policies.  Putin can play a major role in this regard-Obama understands Russian interests in Syria and has qualms with Putin in this regard. In fact, the feeling in Washington is that ending the conflict in Syria and Iraq will benefit Russia, and Moscow could emerge a real winner if Putin decides to play a constructive role and fully cooperate in diffusing the civil war in Syria.

To be sure, many in the government here understand the indispensable importance of Russia in resolving many of the raging conflicts; they also admit that many mistakes have happened, especially the lack of sensitivity in dealing early on with the Ukraine crisis. That said, ending the Ukrainian conflict became sine qua non to resolving other conflicting issues.

Will Putin go the length of it?

In my view, this process depends on 1) a satisfactory solution to the negotiations between Iran and the US, 2) agreeing and adhering to a ceasefire in Eastern Ukraine and beginning the process of withdrawing rebel forces, and 3) getting Putin to cooperate more on Syria.

No one in the West sees a peaceful solution in Ukraine necessarily as a setback for Russia because Crimea became a part of Russia, and everyone understands this is irreversible. The US does appreciate Russian cooperation in the ongoing talks between Iran and the P5+1, and any help Russia can render in the search for a resolution to the Syrian crisis will ultimately benefit Russia, because degrading and eventually destroying ISIS will also serve Russia's best interests.

The continuation of the war against ISIS, however, could also further instigate severe disturbance in the Caucasus, to Russia's detriment.

Dr. Ben-Meir is an expert on Middle East politics and affairs, specializing in international negotiations and conflict resolution