Some questions about Islam - Part one

The Islamic world as known to the Western, from the Mediterranean North Africa to the distant Caucasus through the Middle East, is wracked by war and violence that you do not see the end. The abundance of oil it is a major cause, but also the only geographic location of individual States has always counted something about it. You cannot understand the people who inhabit those regions ignoring even the slightest information on religion that they have embraced centuries ago. Islam has indeed permeated every aspect of life of those people, characterizing them deeply. 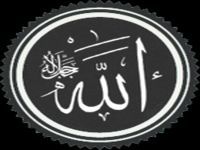 After writing several times about Libya and Syria, I thought it was time to follow another direction to try to better understand how certain situations have emerged.

My interlocutor today is Damiano 'Abbas Di Palma who has studied Islamic sciences in traditional religious schools, in the Hawzah 'Ilmiyyah of London,  of Damascus and Qom. He then attended also academic institutions as the Islamic College for Advanced Studies and the Middlesex University of London and the faculty of Arabic at the University of Damascus.  Shaykh Abbas is president of the Islamic association "Imam Mahdi", a post he held since its founding in 2005.

Q) In the name of God the Compassionate, the Merciful .... I've always found these words very beautiful and full of sweetness and therefore, although a layman, so I like to start our conversation. Do you agree Shaykh Abbas?

A) Yes, because everything that does not begin in these terms will never realize its legitimate intent.

Q) Can you explain to our readers the origin of this initial formula?

A) The formula cited includes mysteries and secrets that can hardly be explained in words or understood through mere rationality. The Most Pure Fourteen of the noble House, the peace upon all of them, presented many of these meanings to their disciples, some of which have come down through the traditions and scriptural works handed down from generation to generation over the centuries.  Beyond everything, however, we can say that it is an act of love because without it no kind of clemency and mercy can be found. In Islam, believers are exhorted to do everything in the name of God and therefore everything must be continued with love. Without love our every action is futile, meaningless and does not bring any fruit. Love, however, is an existential feeling strong and powerful, not a mere pronunciation of beautiful words. This means that the simple repetition of the formula "By the name of God ..." is not, in itself, the reality. Rather it is a conventional symbol adapted to express the content. Understanding the meaning of this formula implies therefore be, to live with love and act by means of the divine qualities waves to grab it actively, God willing.

Q) To me it is natural to ask you this: what is Islam, Shaykh?

A) Islam is a religion and a way based on Truth. The Truth is universal and undeniable, and therefore cannot be refuted. What the enemies of humanity can do is hide it or misrepresent it and in fact it is what has happened and happens today at the hands of deniers and hypocrites. The aforementioned concealment or misrepresentation made many people away from the Truth, albeit unconsciously, a category of people that we call "oppressed". Islam offered itself as a solution to the perennial problems of humanity and it is the duty of the people of soul nobler to raise awareness of the oppressed wherever they are to let them embrace the Truth. It is therefore a mistake that limiting Islam to a set of rules that define what the believer must do and what not to do, despite what has obviously its importance: Islam has nothing more to offer than the Truth, the rest is an unavoidable consequence. Based on the above, it follows that everything is done in a spirit of Truth and revealing the Truth and for the Truth, has somehow a hint of Islamic flavor even if performed by a non-Muslim.

Q) All religions try to provide an answer to the deep needs of Man, where money and valuable assets usually fail. What are, for example, justice and freedom in Islam?

A) Justice and freedom are two expressions of the Truth. It is not a coincidence that the Arabic term "adl" that we translate as "justice" means something like "put everything in its place", "where it should be," or, in other words, "balance". Just as in the natural world God has created everything in the right measure, the human being must try to reflect this quality in her little ray of thought and action. In this way the divine will can be reflected and witnessed in a scale large and small. As about the freedom, you could say that limiting it and relativize it according to the wishes of the individual would be misleading as to what he is not free from the constraints of its ego he will never participate in the Absolute: in addition to be an ontological impossibility, this would not even worthy. Freedom is when nothing can impose to us any resistance but to achieve this our humility should not know limits: when you are in a state of unlimited prostration and was dissolved in us every kind of pride here that will manifest the light and the man of God will become truly king, free and fair, the quality of which will be evident to both friend and foe.

Q) I know that there are two great currents in Islam: Sunni and Shiite. And that have existed and exist minor currents. Can you remind us their main differences?

A) From a historical point of view one could say that the main difference between the Sunni and Shia Islam is the question of succession of the Prophet Muhammad, peace be upon Him and his family: the Shiites believe that it concerns the twelve Imams, peace upon them, while the Sunnis claim the succession of four caliphs. Obviously the issue will never be properly analyzed without taking into account all the doctrinal implications and, above all, spiritual inherent in the question. Shiites in fact believe that the appointment of the succession to the Prophet should be decreed directly from God or a vicar His pure and spotless while the Sunnis do not consider problematic grant to a group of Muslims, the responsibility for appointing the caliph.

On the second part of this interview, Shayks Abbas will answer to some questions about these modern times we live today.