Russia and USA keep their eyes open and powder dry

The head of the advisory board of the director of the Russian Institute of Strategic Studies, Corresponding Member of the Academy of Natural Sciences, Professor of the Russian Academy of Military Sciences, military expert Vladimir Kozin sat down for an interview with Pravda.Ru editor-in-chief Inna Novikova to talk about the plans of NATO's eastward expansion, the beginning of a new Cold War and USA's revived ideas about Russia. 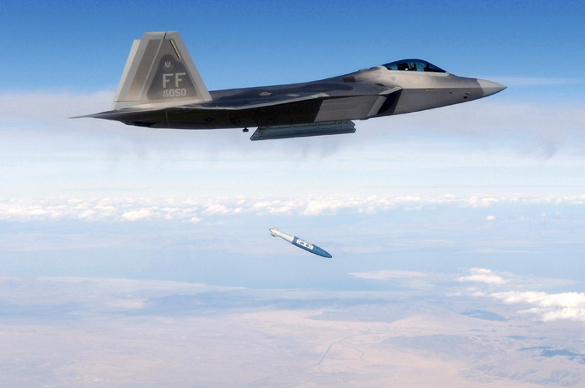 "During the recent decades, we have experienced different eras: de-escalation, reset, crises and aggravations. Now, unfortunately, the Cold War is the talk of the day again. Are these just words or has it started already?"

"Alas, these are not just words. History repeats itself, and it repeats itself in the most ugly form. It is not just the Cold War of the post-war years that we can see unfolding right now, but it acquires a qualitatively new and more dangerous dimension. Of course, this is a cold war primarily between the Russian Federation and the United States because of Ukraine and many other problems.

"As for the reset of relations - the symbolic button that Hillary Clinton handed over to Sergei Lavrov in Geneva a few years ago, the reset has not brought any results. The Cold War, unfortunately, continues. No document has been signed to stop it yet, contrary to the Paris Charter from adopted November 21, 1990 that was adopted by  31 European countries plus the United States and Canada.

"However, despite the Paris Charter, the Cold War continued against the background of hostile rhetoric against us, NATO was growing stronger, building up military presence at our borders. The new phase of the Cold War is more dangerous, because the arms control process is right where it started. There are no arms control negotiations whatsoever. During the previous Cold War, we concluded seven agreements with the Americans to limit strategic offensive arms, as well as several agreements on confidence-building measures, both on ground and naval forces.

"We also signed several very good agreements on the non-militarization of outer space. Yet, from the point of view of international law, it is still not protected against the danger of military and military-offensive activities.

"Now there are no agreements at all. Absolutely nothing. The Treaty on Conventional Armed Forces does not work. Negotiations on strategic offensive weapons are not conducted. There were no negotiations conducted on tactical nuclear forces between the USSR and the United States, or between the Russian Federation and the United States after the Americans built nuclear weapons in 1945."

"Has the arms race resumed?"

"We are not involved in it, because we always have symmetrical responses. What can we do, we will do it for sure, because even within the scope of the asymmetric response, one can cause irreparable damage to a potential adversary - military, material, economic damage, etc."

"When in 1991 Russia launched the disarmament process, Russia destroyed a lot more weapons than our potential adversaries did, or partners, as we refer to the Americans today."

"The period of euphoria is common to many statesmen. That was the time of romanticism, when we blindly believed all verbal promises from the West, although the latter never kept any of them. This is a case of NATO's eastward expansion, for example. Unfortunately, some of our negotiators made a lot of mistakes when they were preparing the agreements on the reduction of armed forces and armaments between Washington and Moscow. The main lesson that we must learn from this is never to make such mistakes again.

"This is very important. Each country has a balance of interests. Yet, there are certain limits to making compromises, or there will be problems with national security otherwise. Keep your eyes open and powder dry, so to speak.

"The period of euphoria is over, and they are threatening us again. Just listen to what they say and how they attack Russia verbally: we will punish you, you will pay a very high price, you are an aggressor, you violate international law, you are a global threat.

"Obama has said three times already that the Russian Federation takes a top position on the list of major threats after Ebola fever and the terrorist Islamic State. Three times! This is no joke.

"Reagan called the Soviet Union an evil empire in August 1984. He said that he  ordered to bomb the Soviet Union, but then he said that it was a joke. Americans do like to joke. But what Obama says about Russia now is far from being a joke."

"Natalia Narochnitskaya said that the situation in the world is reminiscent of 1938-1939, when there was no dialogue, and when the West was happy to learn about USSR's problems. The West always disliked and feared the Soviet Union and Russia, but now the situation is particularly difficult and dangerous. Do you agree?"

"I would go back to the period of aggression of the Entente against young Russian republic soon after the October Revolution of 1917. Entente states were attacking us from all sides like rabid dogs. Now it's the same. The United States is trying to put together the new Entente.

"They are building an iron fist around near our borders, particularly in the European sector, and the build up is five times larger than it was in the first period of the Cold War. Five times!

"Moreover, under the cover of the Ukrainian crisis, the number of US tactical nuclear weapons in Europe has grown and continues to grow. Warheads and their carriers will be modernized."

"At the same time, they complain that our fighters, our long-range aircraft, fly in neutral airspace."

"Above the oceans, outside territorial waters, any aircraft - civilian or military, can fly freely. This is a part of the information war and psychological pressure, to which Russia must respond. Russia should have a single center, which would track the flow of such information and distribute our answers and offensive operations in the active mode. Last year, the US State Department published two references about  the US attitude towards the foreign policy of the Russian Federation. Russia did not even bother to respond to that information challenge.

"In December last year, NATO published a similar reference. Silence from Russia again. We need to work actively in this direction. These are powerful structures, and we must respond to their attacks. This is a very serious mistake of our authorities, if they decide not to respond to such information challenges."