As many as 70 percent of guest workers have returned to their home countries from Russia after the drop of the ruble exchange rate. Vadim Gorshenin, Chairman of the Board of Directors of the Pravda.Ru Media Holding, dwells on positive and negative aspects of the guest workers' exodus. 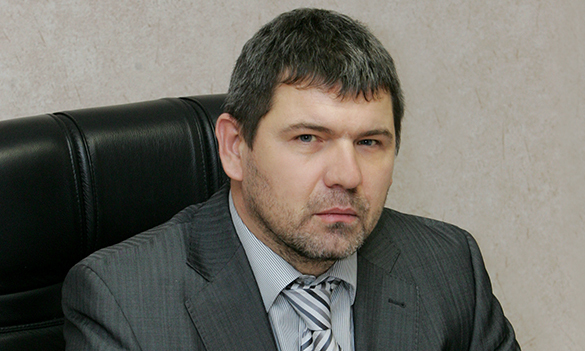 Is it good or bad for Russia?

On the one hand, it's a great victory for those who fought against migrants. The fighters however bear no relation to this victory.

On the other hand, it's a problem for the whole class of Russian public utilities that used guest workers as slave labour. Yard cleaners holding Russian citizenship will assert their rights. That is, the utilities sector is very likely to come out of the grey shadow. It is an advantage.

Yards and streets have become dirtier, it's a minus.

There is a much stronger disadvantage for Russia in geopolitical terms. An instability arc around our country can become closer and start exploding through local conflicts in the steadiest, as one would think, regions.

Let's start with Tajikistan. According to the World Bank, the economy of this republic depended on guest workers' money transfers from Russia by 42 percent. The homecoming to Tajikistan of a critical mass of able-bodies men who are unable to keep their families can cause disorders in the state that borders on Afghanistan. A possible threat is that Talibs with their practices will approach Russia.

And nearby there is Uzbekistan, whose economy depended on money transfers from Russia by 12 percent. I talked to a few Uzbeks, who worked in Moscow. Most of them came from the Fergana Valley. As we remember, the south of Uzbekistan is one of the most explosive regions for two reasons. First, there is a very high density of the population and, consequently, a high unemployment rate (since late Soviet times). The second reason is a disputable state frontier with Kyrgyzstan. We also remember the bloody events in Andijon and Osh...

Osh is a Kyrgyz town. In Russia there were many guest workers from the south of Kyrgyzstan. According to the World Bank, mail remittances from Russia accounted for 31.5 percent of the economy of this republic. At the same time, I remind you that Kyrgyzstan is just about to become a member of the Eurasian Union, and, if I'm not mistaken, it is a member of the Customs Union.

A quarter of Moldavia's budget was also formed out of guest workers' mail remittances from Russia. Will they be able to go to Europe instead of Russia for work? It's not likely: there are plenty of Romanians, who speak English. Who needs Moldavians who failed to learn the Russian language after many years of work in Russia? It also means a probability of an explosion in Transdniestria. Where else can one send a huge crowd of men, whom the country could not give jobs, but to war?

Twenty one percent of the economy of Armenia also depended on money transfers from Russia. Against the background of a Gyumri family murder scandal boosted by the Armenian opposition, the homecoming of guest workers from Russia is not positive for existing good relationships between Moscow and Yerevan. Add to that a continuous conflict with Azerbaijan...

There is also Georgia (12%), Lithuania (4.5%), Ukraine (5.5%), and Azerbaijan (2.5%). The economies of these republics were similarly replenished with migrant labourers' money transfers from Russia.

Many people understand who benefits from the civil war unleashed in Ukraine. Many people remember that the collapse of the Soviet Union started from provokers' actions in national republics.

Today the falling ruble and the tightened policy of the Russian Federal Migration Service are creating similar conditions for civil unrest along the borders of Russia. However, the Ministry of Economic Development and Trade's monetarist proposals "à la Gaidar" to lower the retirement age and cut social benefits do not contribute to stability either.

Nevertheless, we can get several seats of civil conflicts near our borders in the coming months. It's clear to many people that the preparation has already started. There is a feeling that the World Bank openly winked at the US Department of State...

Do we have a strategy to resist such plans of our geopolitical opponents, who would be pleased to change regimes in Tajikistan, Uzbekistan, Kyrgyzstan and Yerevan? Anyway, Russian authorities should pay attention to this issue.