Cuba, the USA, Operation Mongoose and the Siren's Song 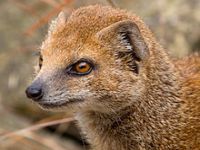 The Siren's Song, irresistibly luring the sailors to their fate, to be dashed to death on the rocks. The intravenous heroin user prostitute dying for a fix promising the Earth and the Moon. The USA's foreign policy, with a carrot in one hand and a stick in the other. Cuba's recently discovered oil reserves, putting the country on a par with the USA.

While the international media is crowing about the normalization of Cuba's relations with the USA, with pictures of smiling immigrants and emigrants traveling to and fro, while the viewers and readers of these media outlets practically gain the idea that McDonald's is about to spring up like mushrooms all over the island, let us examine the facts.

The fact remains that while both countries this week made overtures to normalize diplomatic relations (after a high-level telephone conversation between Presidents Raul Castro and Barack Obama on Tuesday, after President Castro's declarations about historic changes in diplomatic relations on Wednesday and President Obama's reference to "a new chapter" in relations between the two countries), the main issue remains: the inhumane and murderous economic blockade mounted by the USA against Cuba and maintained since 1962.

President Castro was quick to point out "We agree with the re-establishment of diplomatic relations but this does not mean that the main question has been solved, the blockade which has caused so much damage must end".

Not surprisingly, the United States of America stands alone in its policy towards Cuba, which has been criticized at the highest levels in the United Nations General Assembly, in the Ibero-American Summits and in the UNO's regional organisms in the Americas. This may provide the first "because" to the question "why?"

Firstly because Barack Obama understands that he does not walk in tandem with the hearts and minds of Humankind and realizes that the USA is seen today as the bad guy, a hypocrite meddling in the internal affairs of countries across the globe, with 150 military bases strewn around the world, then derides Russia for denying it the Crimea naval bases in an attempt to further isolate Moscow, after the attempt to force Russia from its last Mediterranean base in Syria failed.

Secondly why Cuba? For two reasons. First, by setting up an Embassy, the USA can use its famous Non-Governmental Organizations (NGOs) to meddle, interfere and cause acts of subversion, organize a color revolution and create problems, as it does elsewhere. This brings us to reason number two, which is the fact that Cuba has discovered massive reserves of oil off its north coast. And guess who wants to place its grubby little hands on those?

Rule number one for those of us who have been studying and writing about the external policy of the United States of America in the sorry recent history of this country show us most clearly that Washington does nothing whatsoever for the reasons given by the politicians. In fact, we can go further. Take anything a US official policymaker says (a President, Vice-President or any other White House, State Department or Pentagon Official), turn the statement on its head until you get exactly the opposite and that is more or less the truth. So when President Obama says empty statements such as not continuing with the same old policies which produce the same old results and do not help the Cuban people which is what he wants to do, let us read "As Cuba discovers more and more oil and is now in the Top 20 League of Nations with Oil Reserves, and since the blockade is not working, we now intend to steal the oil, take 90% of the profits and leave the other 10 per cent to the Cubans while we subvert them with cynical undercover operations, stage false flag massacres and install a Washington-friendly government which will dole out the contracts to the lobbies Fidel threw out in the 1950s".

If the USA were genuine about its intentions for the Cuban people, why didn't it end the blockade years ago (why indeed did it ever start it, if not to try to stifle the economy of the island?); if the USA is genuinely interested in freedom and democracy then why did it mastermind an uprising in Kiev, overthrowing the democratically elected President, Viktor Yanukovich; if the USA is genuinely against terrorism then why were US weapons given to Islamic State, why did the USA support terrorists in Libya and why does the USA support terrorists in Syria?

To date, there is talk that President Obama will ask Congress to lift the embargo. To date, three Cuban anti-terrorist agents held in the USA, (the remaining three of the five known as Los Cinco, the other two had been freed) have been released along with the US spy, Alan Gross, detained on terrorism charges, on humanitarian grounds. Today, we see the beginning of an opening which was preached by Pope Francis in March of this year in his meeting with President Obama.

Cuba is not stupid. No "normalization" has yet taken place and if Cuba has survived for over half a century despite the sanctions, now with estimated oil reserves of between 4.5 and 9.5 billion barrels (some say up to 20 billion), Cuba will not need the USA for anything - it will enter the Top 20 League of Oil Producers. What Washington sees, and what is apparent in its customary hypocritical and cynical diplomatic activity, is that because of its self-imposed blockade, the ones being left out of this billionaire business are the US oil firms, while those from Russia, among others (also BRICS members Brazil and India), Norway, Spain, Venezuela and Vietnam took up leases in the blocks north and west of the island.

Now, if the USA is closed out, watch this space and read this next sentence. If the USA is locked out, imagine that there was a massive oil spill which would devastate the Cuban economy and destroy its income from tourism? After the USA's recent history, would anyone put that past them?

The bottom line is that if you have unprotected sex with a syphilitic AIDS-ridden whore, then you are going to catch syphilis, at best, and AIDS at worst.

It is by now patently obvious that those of us who have been warning for decades that NATO is not sincere, that NATO is in fact a liar and that NATO is the cutting edge of the lobbies which control US policy (banking, energy, food, pharmaceuticals and weapons), that NATO policy is implemented these days by the FUKUS Axis (France-UK-US) and by the ASS (Anglo-Saxon Syndicate, USA, UK, Australia and Canada), that NATO's interests are not those of friendly cohabitation with Russia but rather, creating subversion and carving Russia up into a set of micro-states, each one with massive resources, were right.

The mechanisms to isolate and damage Russia and to eventually steal her resources are already in motion, the cylinders are turning, the pistons are pumping, the lobbies are eyeing Moscow and the vast Russian hinterland eastwards with their piggy, greedy little eyes. Apologies to pigs. This means that the USA now turns towards those countries that have favorable relations with Russia, appealing to all nations everywhere not to trade with Russia, while at the same time trying to isolate the Russian Federation as some kind of pariah. This US policy countervenes each and every precept of the World Trade Organization, raising the question why the USA is not thrown out.

In conclusion, there is one home truth: when an enemy of mine calls me names and tries to harm me, then it is proof that I am doing something right. What the USA in particular and the west in general outside the EU do not understand, is that the Russian Federation and the BRICS block walk hand-in-hand with the hearts and minds and souls of the vast majority of humankind. Cuba will prevail far better without the USA (if I were Castro I would say keep your blockade, it is an honor for Cuba not to have relations with you), Russia will prevail with a master helmsman steering the ship through troubled waters, knowing that calm seas are awaiting. This helmsman is Vladimir Putin. He is the one the world looks up to with respect and Obama is the international pariah. Everyone knows this, including Obama himself.

The Cuban story in a nutshell.