Three causes and two ways to break the European Union

The largest delegations to observe the elections in the republics of Donetsk and Luhansk arrived from France, Italy, Austria, Greece, Serbia, Czech Republic, Slovakia and Hungary. Here is the list of the countries that form an opposition to the official position of Brussels on the Ukrainian conflict. This timid opposition threatens to break the EU from within. 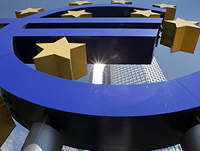 Ukraine's Foreign Ministry urged the governments and parliaments of all countries, whose observers attended the elections in the breakaway republics, to dissociate themselves from those persons and their conclusions about the legitimacy of the vote. Kiev threatened to create problems in the relationships with those countries otherwise. There is a strong opposition to Brussels being formed in the EU.

The opposition is being formed on three levels: on the level of national governments, the parliament of the European Union and on the level of business circles. The reasons for dissatisfaction can be divided into two blocks. First of all, this is economic utopia of the entire "Ukrainian project" that blocked important cooperation projects with Russia. Nationally-oriented EU governments and business circles of these countries are also concerned about the dictate of Brussels and the domination of its administrative resource (if you're against it, you won't receive subsidies). For Hungary, for example, it is not clear why the Hungarians have to sacrifice multi-billion contracts for the construction of two reactors of Paks nuclear power plant and the South Stream pipeline project - all for the sake of the phantom "Russian aggression." The South Stream project has become a symbol of  European resistance, a touchstone for loyalty to Brussels.

Hungary does not welcome anti-Russian sanctions adopted by the United States and the EU. The country wants to cooperate, rather than be at feud with Moscow, the speaker of the Hungarian Parliament László Kövér said. Instructions from Brussels, he said, are about to bear a striking resemblance to Moscow of Soviet times. Should the EU follow this path, Hungary may consider an option to pull out from the Union, the speaker said. This is, of course, the most radical position, but other leaders share similar views on the subject.

"I have always said that they (sanctions - ed.) are just a small piece of the puzzle, a very undesirable one. The Austrians have always stood for political negotiations, and we will continue to insist on this in the future," said Austrian Chancellor Werner Faymann. Austria and its businesses also have strong connections with Russia. Thus, Raiffeisen Bank International receives a lot of its profit in Russia, whereas  energy company OMV, together with Russia's Gazprom, is involved in the construction of South Stream pipeline.

We can not say that these governments like the Russian administration so much. Yet, they have no alternatives for cooperation. Thus, a request from the countries of the Visegrad group (Poland, Czech Republic, Slovakia and Hungary) for the supply of liquefied natural gas from the United States in March of this year has sunk into oblivion.

Moscow, however, does not remain indifferent and tries to pull the rope. On 20 October and 5 November, the Russian capital hosted meetings of foreign businessmen with top Russian governmental officials. They talked about possible preference for the companies that, despite sanctions, decided to keep their productions in Russia. The Kommersant newspaper wrote that the businessmen felt "inspired" after the meetings. Economy will clamp down on politics.  This will inevitably lead to a revolution of public opinion in Europe - from disunity to business partnerships with Russia. This brings up a question of whether the European Union is going to be single by that time.

That's the key word - "values." Recent statements from Czech President Milos Zeman are particularly noticeable at this point. In a Sunday interview to a Czech radio station, he said that double standards were not acceptable in the assessment of Russia. In Russia, there are political parties, there are elections and opposition media, the Czech president said. It is foolish to say that Khodorkovsky is a political prisoner. He is just a financial swindler, and there are many of such swindlers in the Czech Republic too, Milos Zeman added. He also said that punk band Pussy Riot that received so much attention outside Russia, was a group of pornographic hooligans. "Do you know what 'pussy' means in English?" Zeman asked the journalist, and then voiced the translation of the word in Czech.

The interview triggered heated discussions in the Czech Republic of whether the president should refrain from obscenities in public speeches. Website lidovky.cz conducted a poll, asking people, whether the use of obscene words on the air was lawful. "It was disgusting," said 19 percent of respondents, "moderate" - 14 percent, and "I do not mind" - 67 percent.

In Slovakia, Prime Minister Robert Fico is also opposed to sanctions against Russia. Thus, the Constitutional Court authorized a referendum in protection of family and family values. The referendum was initiated by Slovak "Alliance of Families." In addition, in June, the Slovak Parliament supported by majority - 102 votes against 18 - a constitutional amendment defining marriage as a union between a man and a woman. The "Alliance of Families" collected 400,000 signatures for its petition in support of the referendum. The number of signatures exceeded the constitutionally required minimum of 350,000. One may also recollect large-scale demonstrations in Paris last year, when as many as 500,000 people took to the streets of the French capital protesting against the law legalizing gay marriage and adoptions of children by homosexual families.

The French National Front chaired by Marine Le Pen, as well as other nationalist parties of Europe may break the European Union from within - through the parliament, where about 30 percent of MEPs are already skeptical towards the EU in its current dictatorial form that ignores national interests. The National Front of France has been gaining ground steadily in the presidential race of 2017. In October, a group of MEPs, led by Marine Le Pen, having formed the blocking minority, voted against an accelerated legislative procedure to extend preferential treatment for Ukraine. The regime allowed the EU to unilaterally cut or lift customs duties on Ukrainian goods. Le Pen also urged Europe to "stop treating Russia only in negative terms at the behest of the United States. Old World countries need to have their own opinion, rather than repeat what the United States does," she said.