A new bank union will be established In Europe before the end of the year. European finance ministers have high hopes for the new body. It is expected to make investors' life safer and pull the EU economy out of the crisis. The question is, if the creation of a miraculous union is effective, why have the EU titans waited so long to do it? 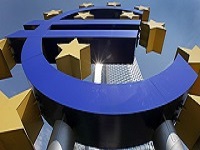 The crisis of 2008 that badly hurt the EU and knocked down the weakest of its members has forced ​​the finance ministers to ponder on the means to protect the banking system, and investors in particular, from unexpected threats. The fruit of these thoughts is a banking union. The decision on its establishment was adopted this week by the finance ministers of the EU member countries. It took the ministers 12 hours to discuss all clauses of the agreement, in particular, the common mechanism for resolution of the problems of the depositors of the banks on the verge of bankruptcy. If earlier these problems were solved within the same country, now one "Big Brother" will monitor all credit institutions of the European Union, and in case of problems the depositor protection regime will be activated from the top down.

The main idea is that now the losses of depositors of credit institutions in the EU will not be reimbursed at the expense of taxpayers as it was in 2008 and has resulted in an acute crisis of sovereign debt. Now the problems of financial organizations will be resolved with the funds from the reserve fund that will be receiving contributions from European banks. Thus, the banking union will include three main functional components. There will be a banking supervision system implemented by the European Central Bank, a system of liquidation and restructuring of troubled banks that will be the responsibility of the European Commission, and the interbank reserve fund.

Why was the EU so reluctant to create a banking union? At various times Great Britain, Czech Republic, Germany, and Sweden spoke against this idea. All these countries have stable economies, and their frustration is caused by quite objective suspicions that some of their resources will be redistributed to less affluent countries. Thus, stable capitalist economies opposed the good old call to share everything. Swedish Prime Minister Fredrik Reinfeldt inquired in June of 2012 whether this was simply a way to take some of their resources or whether the proposal could offer something to Sweden that has learned the lessons of the last crisis. The UK has long remained undecided, and British authorities were in favor of the preservation of the control functions of the national central banks, whereas the ECB would remain the main decision-making body in the Eurozone. Experts explained Pravda.Ru why the EU members have worked so hard to create a single banking authority.

"These are uniform rules and a loss of sovereignty in this respect. This is a delegation of rights on monetary policy, financial policy. This is no longer the European level, this is above Europe, above the government," said Anatoly Aksakov, the president of the Association of Regional Banks of Russia. "I think this is the reason why the countries did not want to move towards the creation of a banking union. They will probably have to do it. They have realized that if there are no common rules, common approaches, there will always be problems."

According to a MGIMO Professor Alexei Drynochkin, the European Union countries will certainly benefit from creating a banking union.

"It's a perfectly normal idea, and it does not contradict the spirit of the European Union that is increasingly more moving in the direction of the supranational, that is, quietly transferring powers from the national to the supranational level.

Clearly, all countries have different feelings about it, but, let's say, it is the ideology of any bureaucratic structure (and the European Union is also a bureaucratic structure) to take as much power as possible," Dronychkin shared with Pravda.Ru. "If we look at it from an economic perspective, generally speaking, there are certain advantages here because there is an opportunity to establish some common banking sector regulations. This provides for the uniformity of the national regulators. They, of course, are more or less subject to the EU regulation, but nevertheless, there are some deviations, i.e., there is a chance of implementing more or less unified banking policy. This is a plus."

However, the MGIMO Professor could not give a definitive answer whether the creation of a banking union would address the economic problems of the EU. He noted that in theory it should work, but in practice it will depend on the implementation and distribution of votes and authority among the participants. In turn, Anatoly Aksakov is convinced that the creation of a banking union will positively affect the fate of the Eurozone. "The crisis has shown that in order to not repeat such financial turmoil, a banking union has to be created," concluded Aksakov.

Obviously, all Eurozone members have realized that, because, despite the differences and roughness in the discussion, a banking union will be established before the end of 2013.